What We Know About The 13 U.S. Service Members Killed In The Kabul Attack 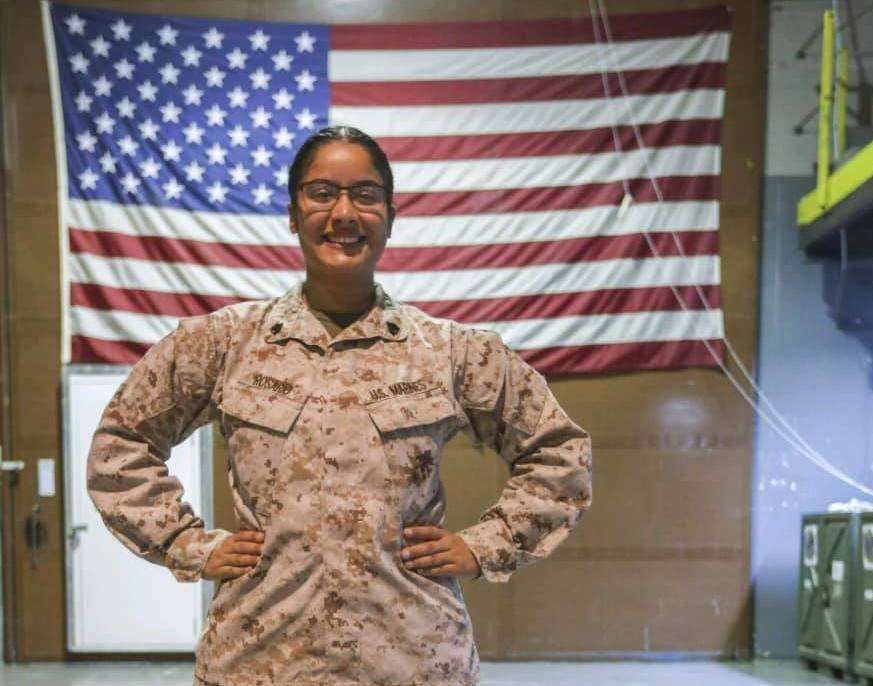 Sgt. Johanny Rosariopichardo pictured in a photo from May 2021.

The U.S. Department of Defense on Saturday released the names of the 13 service members killed in Thursday’s attack at the airport in Kabul. The attack marked one of the deadliest days for American forces in the past decade of the 20-year war in Afghanistan — and took place just days ahead of the U.S.’s planned full withdrawal from the country that was overtaken on Aug. 15 by the Taliban.

In a statement issued on Saturday, President Biden called the Americans who lost their lives in the bombing “heroes who made the ultimate sacrifice in service of our highest American ideals and while saving the lives of others.”

“Their bravery and selflessness has enabled more than 117,000 people at risk to reach safety thus far,” Biden said. “May God protect our troops and all those standing watch in these dangerous days.”

Shortly after a Saturday briefing at the Pentagon, Department of Defense officials said 11 Marines, one Army soldier and one member of the Navy were identified as those killed in the attack.

Here’s what NPR has learned so far about those killed, as reported by our staff, as well as other media outlets.

Elizabeth Holguin told local TV station KGNS that she is trying to is trying to make sense of the death of her son, Lance Cpl. David Espinoza.

According to KGNS, Holguin received a phone call at 2:30 a.m. from the military to inform her that Espinoza had been killed in the explosion at the Kabul airport.

Espinoza’s stepfather, Victor Manuel Dominguez, became a part of his life at age three, but Dominquez saw him as his own.

“He was never my stepson and I was never his stepfather,” he said.

Texas Rep. Henry Cuellar released a statement on Facebook saying that Espinoza is a hero and that his heart goes out to Espinoza’s family during this difficult time.

“David Espinoza, a Laredo native Marine killed in Afghanistan, embodied the values of America: grit, dedication, service, and valor,” Cuellar wrote. “When he joined the military after high school, he did so with the intention of protecting our nation and demonstrating his selfless acts of service. I mourn him and all the fallen heroes in Afghanistan.”

Just days before her death, Sgt. Nicole Gee posted a photo on Instagram of herself in uniform while holding a baby in Afghanistan with the caption, “I love my job.”

Another of Gee’s photos — posted more recently — shows her posing near a cargo plane as a line of people wait to board from the back. The photo is captioned: “Escorting evacuees onto the bird.”

“Staff Sgt. Hoover served valiantly as a Marine and died serving his fellow countrymen as well as America’s allies in Afghanistan,” Cox said. “We honor his tremendous bravery and commitment to his country, even as we condemn the senseless violence that resulted in his death.”

Cox ordered to lower flags on state and public grounds until sunset on Monday.

The Deseret News reported that tributes to Hoover poured onto his Facebook page, including one from Hoover’s father, who is also also named Darin.

“Soooooo glad I got to see him before he left. I love you son!!! You’re my hero!!” the elder Hoover wrote. “Please check in on us once in a while. I’ll try to make you proud!!”

Sheriff Chad Bianco said on Facebook that Lopez planned on following in his parents’ footsteps and joining the department as a deputy when he got home from his deployment.

“Hunter, thank you for your service to our community and our country. My thoughts and prayers are with your family,” Bianco said.

Before joining the Marines, Lopez participated in the department’s career-oriented Explorer program from 2014 to 2017, while he was in high school, according to the sheriff’s office.

Wyoming Gov. Mark Gordon tweeted on Friday, thanking McCollum for his service and sending condolences to his family.

“I’m devastated to learn Wyoming lost one of our own in yesterday’s terrorist attack in Kabul,” Gordon said. “Our thoughts and prayers are with the family and friends of Rylee McCollum of Bondurant. Jennie and I, along with all of Wyoming and the entire country thank Rylee for his service.”

McCollum’s father, Jim, told The New York Times that McCollum was helping with evacuations and guarding a checkpoint when the attack at the airport happened. His father said this was McCollum’s first deployment and that he had gotten married recently. His wife is expecting with their first child.

McCollum’s sister Cheyenne told East Idaho News that her brother was “going to be the best dad.” Cheyenne said her brother was the youngest of four siblings, her single father’s only son, and that he knew he wanted to be a Marine from a young age.

“He was a kid that touched everybody’s heart,” Cheyenne told East Idaho News. “He was a wrestler since he was 4. He knew he was going to be a Marine since he was about that same age. He used to walk around in just a diaper and in his sister’s pink princess boots carrying his toy rifle and play like he was in the Army or a Marine.”

His sister and his father told the Times that McCollum was a “beautiful soul” and that the family couldn’t have been more proud of him.

Cpl. Dylan Merola was a graduate of Los Osos High School, according to ABC 7 of Los Angeles. Students honored him at a football game on Friday night by wearing red, white and blue, the TV station reported.

Norco Mayor Kevin Bash told ABC7 that Nikoui died helping to save families of Afghans who had aided the U.S. government.

“My understanding is that he rescued – per a sergeant that wrote the family – he rescued three families,” Bash told the TV station. “And he was in the process of saving children, translators that had worked for the U.S. government. He passed off a child and went back into the crowd and that’s when the bomb went off.”

Nikoui graduated from Norco High School in 2019, where he was a member of the JROTC program.

Nikoui’s father Steve told The Daily Beast that his son “loved what he was doing, he always wanted to be a Marine.”

“He really loved that [Marine Corps] family,” Steve told The Daily Beast. “He was devoted—he was going to make a career out of this, and he wanted to go. No hesitation for him to be called to duty.”

The city of Norco says it plans to put Nikoui’s name on the “Lest We Forget Wall” at the George A. Ingalls Veterans Memorial Plaza, which honors city residents “who made the ultimate sacrifice while serving our nation.”

Schmitz was on his first deployment, according to Fox 2 News St. Louis, and was sent back to Afghanistan from Jordan to help with the evacuation efforts.

“My baby boy…my son…my marine…my warrior….my soul. I will never forget my HERO,” his father Mark said on Facebook.

His father told the St. Louis radio station KMOX that his son had always wanted to be a Marine and that he had “never seen a young man train as hard as he did to be the best soldier he could be.”

“His life meant so much more,” Mark told KMOX. “I’m so incredibly devastated that I won’t be able to see the man that he was very quickly growing into becoming.”

Lexie Correa, Schmitz’s former girlfriend whom he kept in touch with, told Fox 2 News that she will miss his laugh the most.

“You could be having the worst day ever and just a phone call from him would make your day so much better,” Correa said.

Correa, who said she also joined the military, said that Schmitz was obsessed with the local hockey team, the St. Louis Blues and remembered a watch party where “he got so excited when we won that Stanley Cup.”

The Soviak family released a statement on Saturday about the loss of their son Max, who they say planned to make a career out of his Navy service.

“Words cannot express how heartbroken we are with this news and we will miss Max tremendously,” the statement said. “We are struggling to come to grips with this personal tragedy and prefer to grieve with close friends and family.”

His family says that Max was most proud of being a Navy Corpsman and “devil doc” for the Marines.

The statement said Max leaves behind a big family of 12 brothers and sisters.

Multiple Ohio lawmakers released statements about Max’s death, including Ohio Sen. Rob Portman, Rep. Marcy Kaptur and Rep. Tim Ryan. All of them expressed their condolences for his family and friends.

“Our nation mourns the loss of Navy Corpsman Max Soviak, whose uncommon courage in the face of unfathomable danger ensured the safe passage of countless civilians,” Kaptur said in her statement. “We will never be able to repay the debt we owe him, but we will be forever grateful for his willingness to serve when America needed him most. Our hearts go out to his family during this time, and we lift them up in prayer that they may find comfort in his memory.”