What To Watch On Biden’s 1st Foreign Trip To The U.K., Brussels And Geneva 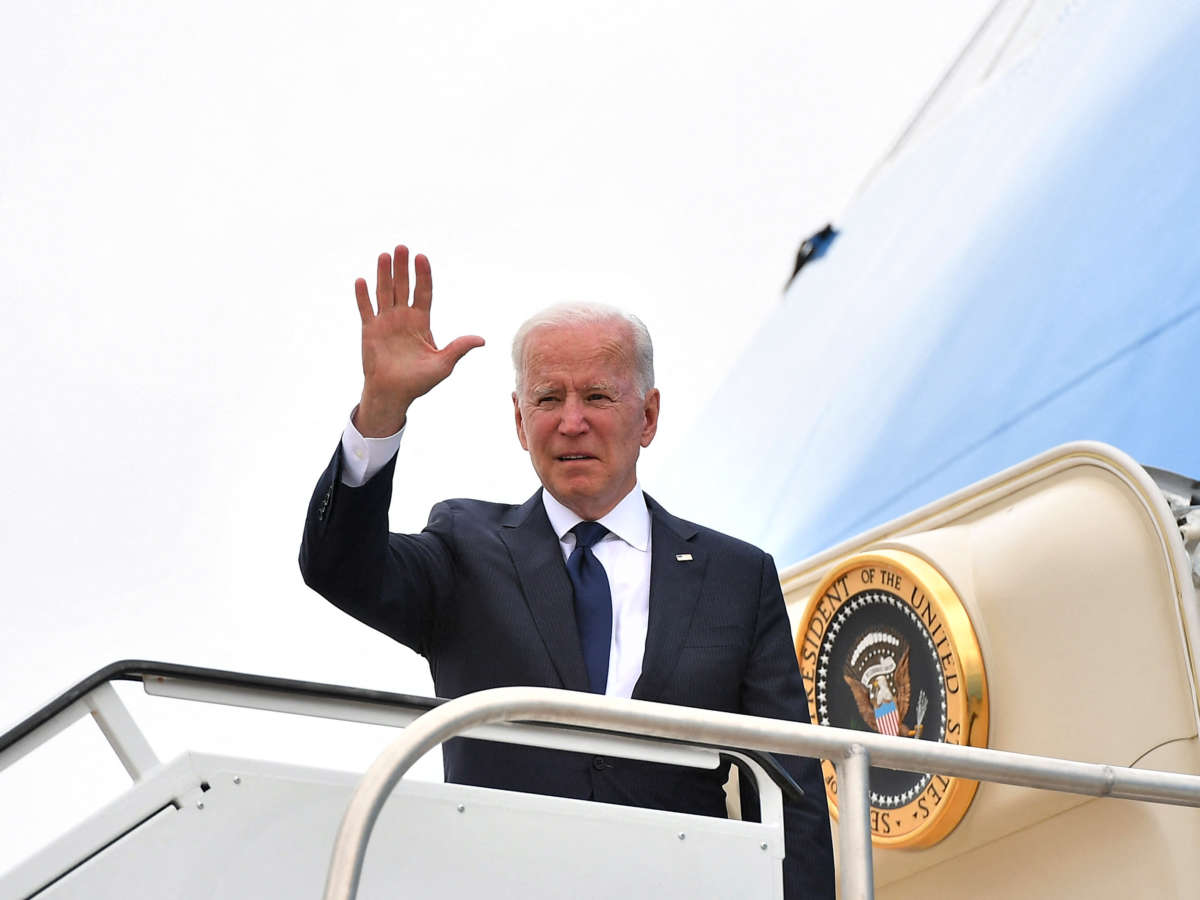 President Biden is set to spend eight days in Europe, first meeting allies and partners in the U.K. and Brussels, and then meeting his Russian counterpart in Geneva.
Image credit: Mandel Ngan

On the first foreign trip of his time in office, President Biden is heading to Europe, seeking to repair ties with traditional allies and partners — and deal with a series of provocations from Russia.

Here’s what’s on his agenda:

Air Force One will land at Royal Air Force Mildenhall, and Biden will meet with U.S. Air Force personnel stationed there. The president will be accompanied by first lady Jill Biden for the first leg of his trip.

Biden and British Prime Minister Boris Johnson will meet to talk about bilateral issues. Climate, trade and Northern Ireland are expected to be on the agenda.

It’s the first time the leaders of the world’s biggest economies will get together in person since the pandemic. The leaders are expected to talk about recovery from the pandemic, and Biden will be trying to marshal support for helping poorer countries get more COVID-19 vaccine doses — something the United States is only just beginning to do itself. Former President Donald Trump had a rough relationship with several G7 leaders — notably Germany’s Angela Merkel and Canada’s Justin Trudeau. Biden will try to mend fences, and is expected to hold bilateral meetings with leaders on the sidelines of the summit’s group sessions.

After the G7 concludes, Biden and first lady Jill Biden will visit Queen Elizabeth II, before traveling on to Brussels.

Biden will meet NATO allies at their first summit since 2018. Biden is expected to provide reassurance that the United States is committed to the alliance after difficult years when Trump fought with them to boost military spending. Amanda Sloat, the European director on the White House National Security Council, said Friday that aggressive Russian actions in the region would be discussed, as well as the “strategic challenge” from China, cyber threats, climate change, and the withdrawal of troops from Afghanistan.

Biden will also meet on the sidelines with Turkish President Recep Tayyip Erdogan for what could be a difficult conversation after Biden’s April declaration that the mass slaughter of Armenians at the hands of Ottoman Turks more than a century ago was a genocide.

This will be the first U.S.-EU Summit since 2014. There are some thorny topics: the Trump-era steel and aluminum tariffs, and longstanding disputes over subsidies to Airbus and Boeing. Technology policy could be in the spotlight as well. “There’s also a lot of things in the technology space that we have the opportunity now to work closely with our European friends on in terms of addressing 5G security, emerging technology, setting standards, technology regulation,” Sloat said.

Biden has said he wants to establish a more “stable, predictable relationship” when he meets with Russian President Vladimir Putin in Geneva at the end of his trip. But he has also said he will raise many contentious issues, including Russia’s incursions in Ukraine, interference in foreign elections, the poisoning and imprisonment of Alexei Navalny, the SolarWinds hack, and ransomware attacks by Russia-based groups on a major U.S. pipeline and JBS, a major meat supplier. Their meeting will be the first stand-alone U.S.-Russia summit since 2018, when Trump sided with Putin in Helsinki when the Russian leader denied meddling in the 2016 election.