What to know about Paxlovid, the COVID drug President Biden is using to speed recovery 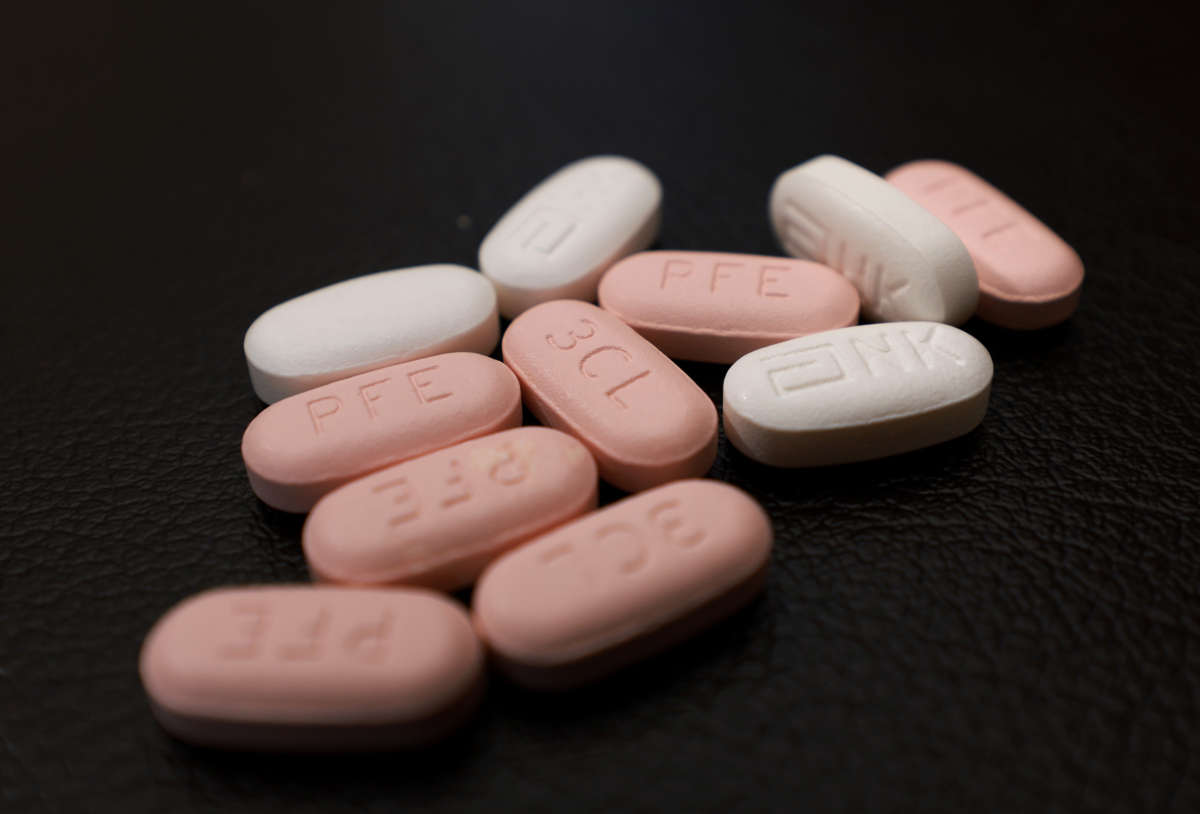 Pfizer's Paxlovid pills are seen on display. The medicine received an emergency use authorization for COVID-19 last December.

President Biden has begun taking a course of Paxlovid, after testing positive for COVID-19. The antiviral medicine is recommended for early treatment by the Centers for Disease Control and Prevention.

Paxlovid, which combines two different antiviral drugs, has been found to be highly effective at reducing the risks of hospitalization and death for COVID-19 patients with mild or moderate symptoms. It’s linked to a quicker recovery and a return to good health. But in some cases, patients report a “Paxlovid rebound” in which the disease returns.

What kind of regimen is the president on?

Paxlovid comes in pill form, in contrast to remdesivir, the intravenous antiviral drug that former president Trump was given when he contracted COVID-19 and was cared for at Walter Reed National Military Medical Center.

The standard Paxlovid regimen is to take three pills twice a day, for five days. It’s not authorized for extended use. The FDA recommends the drug for people with mild-to-moderate coronavirus cases who “are at high risk for progression to severe COVID-19, including hospitalization or death.”

Early symptoms for Biden, 79, included “an occasional dry cough,” along with a runny nose and fatigue, Dr. Kevin O’Connor, the president’s physician, said on Thursday.

What about the Paxlovid rebound?

Paxlovid has been hailed as an important tool to prevent COVID-19’s worst effects, and for many people, the main challenge has been getting their hands on the medicine. But it’s also been linked to a resurgent COVID-19 infection after the course of pills is finished, known as the “Paxlovid rebound.”

Some people who’ve taken the medicine say that it quickly eased their symptoms — but that they again tested positive and COVID-19 symptoms returned, anytime from two to eight days after their initial recovery, the CDC said in May.

Dr. Anthony Fauci recently experienced the rebound. And while some people say the second round of symptoms is less severe, Fauci said that for him, the rebound case was worse.

If Biden has a similar experience, it could further delay his return to normal duties.

What are the side effects?

The Food and Drug Administration issued an emergency use authorization for Paxlovid to treat COVID-19 patients last December.

“It leaves a terrible taste in your mouth and also gives some people (me) diarrhea,” NPR’s Joe Palca reported in May, after being prescribed the medicine.

Both of those reactions, including the taste disorder, dysgeusia, are recognized as potential adverse side effects for the medicine, along with hypertension. Paxlovid can also interact with statins and other drugs, as well as St. John’s wort and other supplements, according to the FDA.

How does Paxlovid work?

The medicine is made by Pfizer, and is a combination of two other antiviral drugs, nirmatrelvir and ritonavir.

Nirmatrelvir is a protease inhibitor that “has demonstrated antiviral activity against all coronaviruses that are known to infect humans,” according to the National Institutes of Health. Ritonavir previously has been used against HIV; for COVID-19 patients, it serves as a booster to help ensure enough nirmatrelvir is present in the body to be effective.

It’s crucial to start on the medicine as soon as a case is diagnosed.

“Paxlovid must be taken within five days after symptoms begin,” the Food and Drug Administration said earlier this month. Speed is such an important factor that the FDA has authorized licensed pharmacists to prescribe the drug for people who recently tested positive.