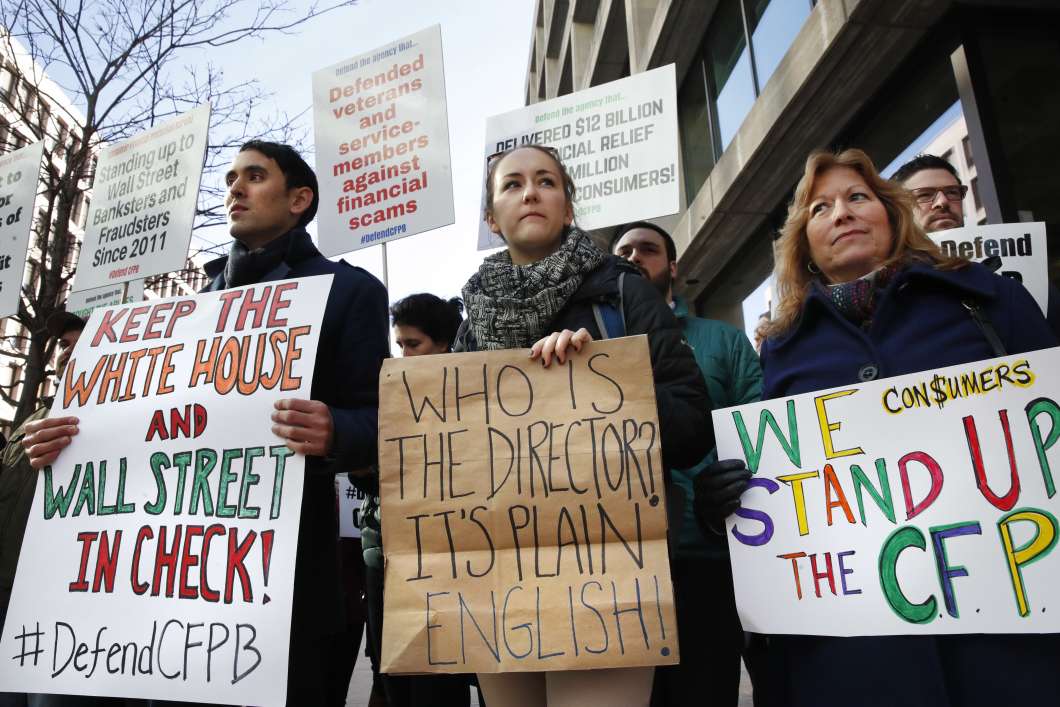 Starting this week, there are two people appointed to the job of acting director of the CFPB, and it's unclear who will get to stay. Mick Mulvaney, President Trump's current budget director and pick for the position, has gone on the record supporting the elimination of the bureau, which would make it easier for loan services to take advantage of borrowers.
Image credit: Jacquelyn Martin

This week, two different people showed up for the same job as the acting head of the Consumer Financial Protection Bureau.

This strange scenario has special implications for the nation’s current and former college students. CFPB plays an important — some argue unique — watchdog role for 44 million student loan borrowers, who together owe $1.4 trillion in debt.

Since 2011, CFPB has been a place to contact if you have a problem with your student loan or for-profit college. It has collected 60,000 complaints related to student loans and used this information to spot trends that often lead to enforcement actions.

For example: returning $480 million to defrauded students of Corinthian Colleges, and getting a private student lender and its debt collector to pay $21.6 million over what CFPB said were illegally collected debts.

English would be poised to continue this aggressive stance.

Mulvaney? He’s on record supporting the elimination of the CFPB altogether. As Slate reported, “I don’t like the fact that CFPB exists, I will be perfectly honest with you,” Mulvaney once said during a House committee hearing. As a House member, he co-sponsored a 2015 bill to kill the bureau.

Mulvaney’s position is reminiscent of other leadership appointments in the Trump Administration, such as Scott Pruitt, who has sued the Environmental Protection Agency 14 times and now is its chief. He has taken steps to cut staff, rolled back regulations, increased security and secrecy and spent extensive time with industry lobbyists.

We also have some idea of Trump appointee priorities as far as student loan and for-profit college regulations. Education Secretary Betsy DeVos has hit pause on major industry reforms. She appointed A.Wayne Johnson, the head of a private student loan company, to lead the office of Federal Student Aid. Julian Schmoke Jr., the department’s new chief of student loan enforcement, has worked for a for-profit college.

And in September, DeVos terminated two information-sharing and enforcement cooperation agreements with the CFPB. The Education Department argued that CFPB lacked jurisdiction over federal student loans and was “overreaching and unaccountable.”

The ranking Democrats on the House and Senate banking and education committees pushed back on this decision in a letter: “Without CFPB oversight, we are deeply concerned this backward step will allow student loan servicers to more easily take advantage of borrowers.”

The events of this week are unlikely to end that confusion.