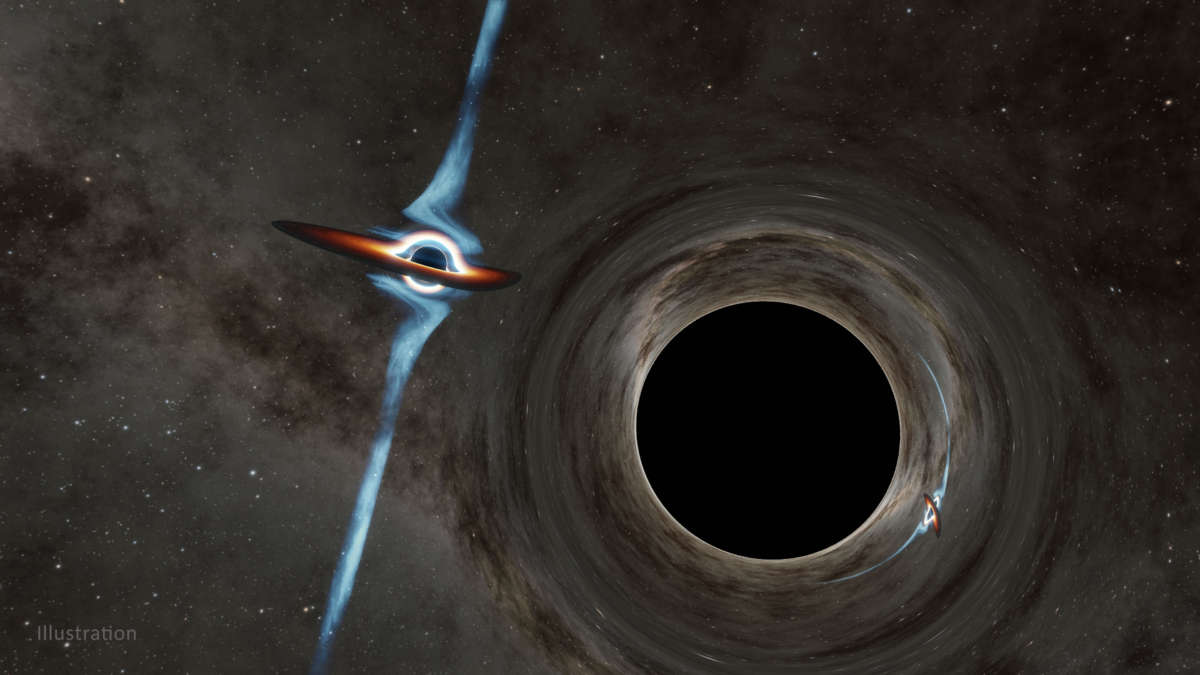 In this illustration, light from a smaller black hole (left) curves around a larger black hole and forms an almost-mirror image on the other side. The gravity of a black hole can warp the fabric of space itself, such that light passing close to the black hole will follow a curved path around it. Photo: Caltech-IPAC

Some nine billion light years away, a pair of black holes are on a collision course. It’s a cosmic waltz that could come to an end in 10,000 years which will shake space and time. It’s now the second possible observation of two massive black holes colliding — and scientists are eager to watch the destruction.

It sounds terrifying. So why are physicists so excited for this cosmic crash? Are We There Yet’s intern Beatrice Oliveira reached out to Michele Vallisneri, a physicist at NASA’s Jet Propulsion Lab in Southern California to find out.

Then, could we survive an encounter with a black hole? Theoretical physicist Jana Levine tackles that question in her most recent book Black Hole Survival Guide where, along with sharing some survival tips, she reimagines the way we think and talk about black holes.