What Is Saharan Dust? Plume Will Make For Some Brilliant Florida Sunsets 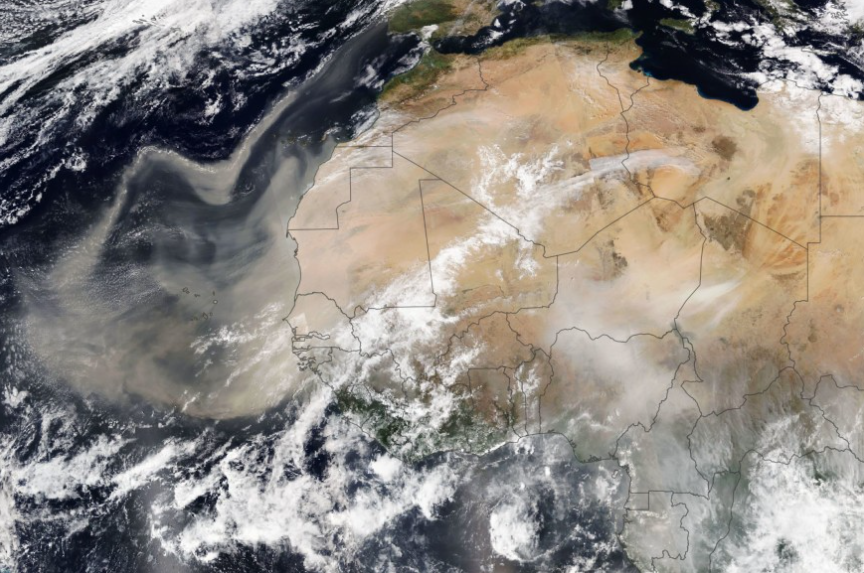 Ray Hawthorne, meteorologist with the Florida Public Radio Emergency Network, explains the phenomenon that could provide some amazing views across Florida.

While Florida is known for its spectacular sunrises and sunsets, and stunning cloud formations, those views could become even more vivid in the coming days.

That’s because NASA is monitoring a cloud of dust, called a Saharan Air Layer, that’s moving off the western coast of Africa.

The dust is swept from Africa by strong winds swirling across the deserts of Mali and Mauritania and carried over the Atlantic.

That dust, forecasters say, is expected to arrive in Florida in the coming days.

The Saharan Air Layer (often referred as “SAL”) is a common occurrence during the late spring, summer, and fall months. The prevailing winds in the tropics blow from east to west because of a natural phenomenon called the Hadley circulation. Air rises near the equator and then sinks in the subtropics before the air returns back to the equator. Atmospheric disturbances embedded within this east-to-west wind flow are called African easterly waves (AEWs) or more commonly called tropical waves. These tropical waves can be the start of tropical storms and hurricanes if other atmospheric conditions are favorable.

These African easterly waves tend to form between about 5 degrees and 20 degrees North Latitude. The northern part of these tropical waves can extend beyond 20 degrees north. The Saharan Desert is closer to 25 degrees North Latitude, so the northern part of these tropical waves act to kick up dust. The dust is transported into the atmosphere at about 2 or 3 miles above the ground. This dust then moves from east to west across the tropics. Often, the dust limits and disrupts tropical storm and hurricane formation.

The peak time for the Saharan Dust to emerge is between June and mid-August, Hawthorne says.

And if the tropical easterlies are strong enough, he said, the dust can extend into Florida, the Gulf states, and Texas. This is what we could see this week through some very vivid pink or orange sunsets as the light from the sun is refracted.

Information from the Associated Press was used in this report.