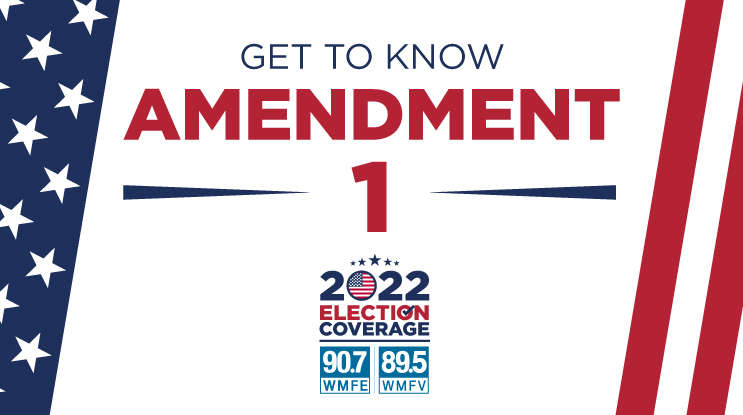 There are three proposed amendments to the Florida Constitution that will be on the ballot on Nov. 8.

Amendment 1 is an effort to incentivize homeowners to stormproof their homes. If passed, Floridians who prepare for flooding, rising sea levels, and natural disasters by elevating their homes can do so without their property taxes increasing.

If Amendment 1 is approved by 60% of voters, the state legislature would be authorized to pass laws prohibiting flood resistance improvements to a home from being considered in the determination of the property’s assessed property tax value.

Amendment 1 has not drawn organized opposition since Hurricane Ian gave Floridians a sobering reminder of the dangers associated with flooding. More than 200,000 insurance claims from Hurricane Ian have been filed in Lee County alone, according to data posted Thursday by the Office of Insurance Regulation. In total, more 560,000 insurance claims have been filed across the state.

Pinellas County Property Appraiser Mike Twitty wants to make it clear that the goal of Amendment 1 is to aid homeowners in Florida as they take a proactive approach to the catastrophes that accompany floods.

“What it’s trying to do is incentivize homeowners to get out of harm’s way by investing private capital rather than having to rely on bailouts and insurance payments after a calamity happens,” Twitty said.

One potential drawback is that taxing districts would miss out on extra taxable value when home improvements are made.

ALSO READ: What Florida voters need to know about Amendment 2 before Election Day

Twitty said it is tough to measure the exact fiscal impact that changes brought on by Amendment 1 would have, but that there is potential for the legislation to lead to an increase in the amount of tax revenue.

State Representative Chuck Clemons told WUFT News that the approval of Amendment 1 would add to the efforts undertaken to alleviate the soaring cost of property insurance across Florida.

“Adding to someone’s tax bill because they took steps to protect their property from flood is antithetical to our overhaul hurricane preparedness objectives,” Clemons said.

ALSO READ: What Florida voters need to know about Amendment 3 before Election Day

Clemons added that in the wake of Hurricane Ian, state legislators will have to focus their efforts on coming up with measures that will keep insurance providers in our state, and meet the goal of affordability.

While several legislators have been outspoken in their support for Amendment 1, there has been little organized opposition. But the Volusia County Democratic Party called on Floridians to vote no in its 2022 November Election voting guide.

When reached for comment, Jewel Dickson, chair of the Volusia County Democratic Party, says Amendment 1 “benefits wealthy beachfront homeowners.” She reiterated that the Volusia Dems are against the amendment, saying the rule should apply to everybody, not just the wealthy.