We’re Seeing A Spike In Workplace Shootings. Here’s Why 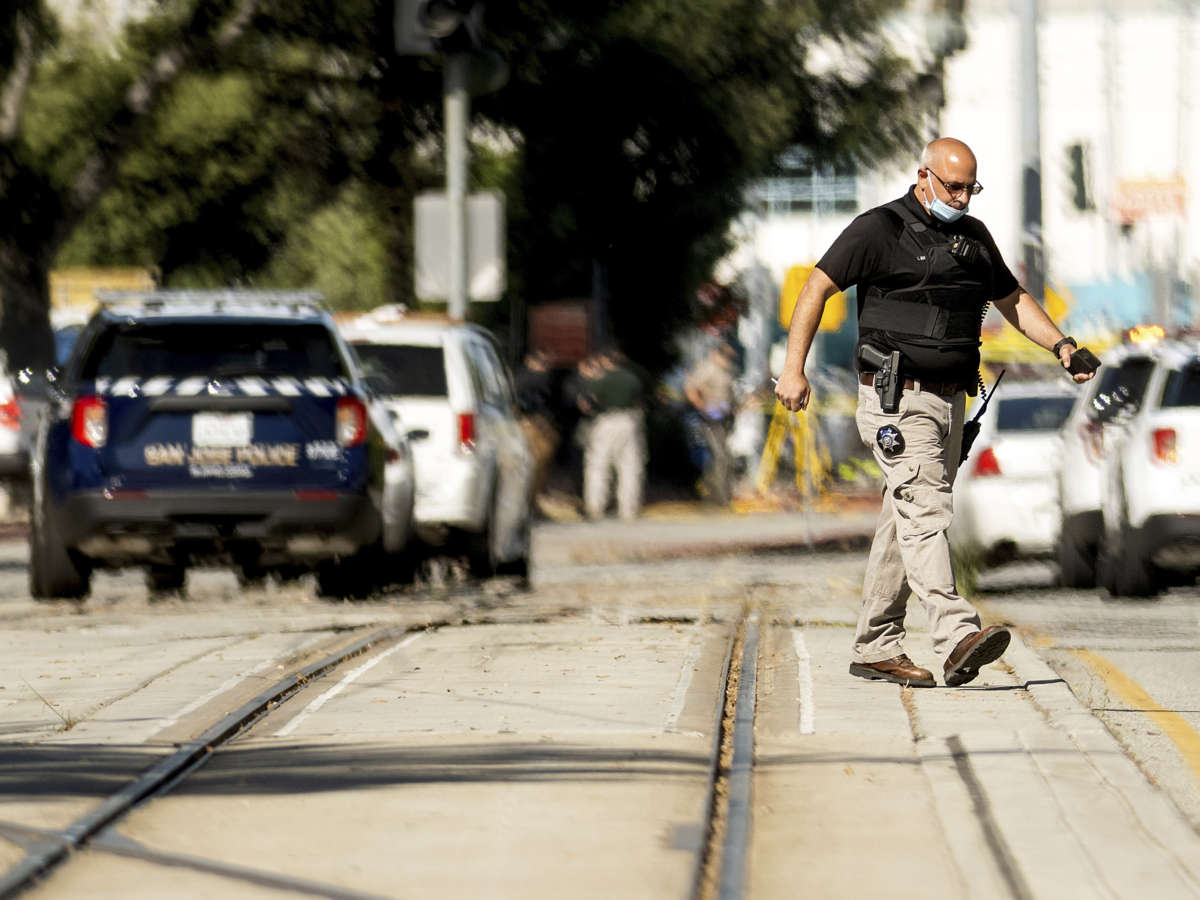 Workplace mass shootings are rare, but the killing of nine people by a fellow employee at a Northern California rail yard on Wednesday marks the third such rampage in under two months.

That could foreshadow a rise in this type of violence after the nationwide shutdown of businesses resulting from the COVID-19 pandemic, says Jaclyn Schildkraut, associate professor of criminal justice at the State University of New York at Oswego.

However, Schildkraut stresses that while such shootings “are increasing incrementally in frequency, they’re still extremely statistically rare.”

In San Jose on Wednesday, authorities say, a public transit employee opened fire on co-workers at the Santa Clara Valley Transportation Authority, fatally shooting at least nine people and then taking his own life. The suspect was identified as a 57-year-old current employee. A motive is still unknown.

The attack comes on the heels of a similar shooting in Indianapolis on April 15 in which a former FedEx worker killed eight people before killing himself. That was reported to be the deadliest workplace massacre since a brewery employee gunned down five people at the Molson Coors campus in Milwaukee in February 2020, shortly before the pandemic shutdown.

About a week before the Indiana shooting, a gunman killed one person and wounded five others in an ambush at a cabinet manufacturing facility in Bryan, Texas, where he worked. He survived and was arrested.

More people are returning to work

A database compiled by The Associated Press, USA Today and Northeastern University found that between 2006 and February 2020, there had been 13 mass workplace shootings carried out by a current or former employee — roughly one a year on average.

“The reason they seem more frequent right now is because we haven’t had them really for the last year because of COVID,” Schildkraut says. Such restrictions have also served to limit opportunities for potential shooters “because it reduces the available targets for a person,” she says.

“Now that much of the country is returning to work, we’re seeing an uptick in these events in the sense that they’re now out there because people are back out there,” she says.

Shooters may have had time to plan

Another reason we may see more workplace attacks is that potential perpetrators, who’ve likely been in isolation over the past year, have had time to plan, Schildkraut notes. “One of the things that we know about shooters, especially those who target schools or other specific public spaces, is that they don’t usually wake up and snap.”

There are as yet few details about the person who carried out the latest shooting in San Jose. But Schildkraut says, “It’s very unlikely that the individual woke up this morning and said, ‘It’s Wednesday, I’m going to go and commit a mass shooting.’ ”

At the very least, some planning goes into committing these acts of violence, she says, “and so when we think about the pandemic and this idea of opportunity, not only did we remove the opportunity for the crime to occur, but we gave them more opportunity to plan.”

There’s been an overall rise in shootings

Although definitions vary by agency or organization, the independent research group Gun Violence Archive reports there have been 15 mass murders in 2021. But only the incidents already detailed were committed by an existing or former employee in the workplace. A third assault in an office park in Orange, Calif., involved a man who had a “business and personal relationship” with many of the nine people he killed, but he did not appear to have been directly affiliated with the company he targeted.

The archive defines mass murder as any instance in which four or more people are fatally shot in a single event, which is why it excludes the Texas shooting where only one person was killed. And it differentiates between mass murders and mass shootings, which it counts as when four or more individuals are shot or killed in a single event. According to those parameters, there have been 232 of those since the start of the year.

“It appears as if a tsunami of gun violence has hit parts of the nation,” Robert McCrie, deputy chair of the Department of Security, Fire and Emergency Management at John Jay College of Criminal Justice said, citing a national rise in shootings over the past year.

Like Schildkraut, McCrie — who has written about mass homicides in the workplace — believes the spike we’ve been experiencing can be attributed to the pandemic. “It has had a pervasive effect on behavior, releasing inhibitions of fragile populations in ways that we have not seen before.”

Workplace mass shootings often follow a similar pattern, according to Seamus McGraw, author of From a Taller Tower: The Rise of the American Mass Shooter.

These shooters use multiple weapons that they have often acquired only shortly before a planned shooting, he says.

“They’re usually acquired within the last couple of months as part of the preparation for this sort of thing,” McGraw says, adding that similar behavior extends to nearly all mass shooters. “They either began or accelerated their collection of weapons” when they started seriously planning the violent event.

Whether the shooters survive to explain the “why” of their actions or die without leaving behind an explicit rationalization, they tend to share similar motivations, according to Schildkraut.

She says that typical “precipitating factors” are that the perpetrators “feel ostracized by co-workers or maybe they feel like they’ve been bullied or slighted in some way or maybe passed up for promotion.”