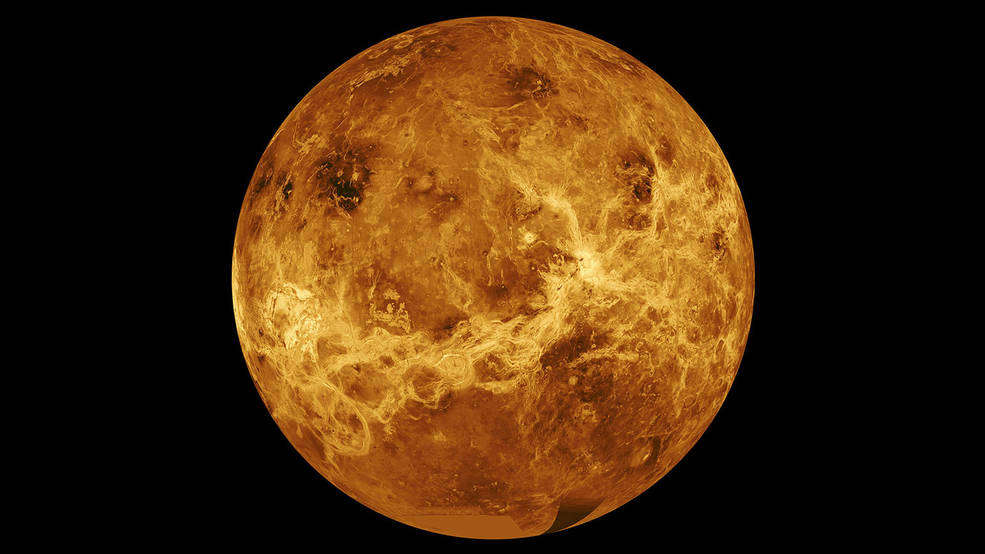 Venus hides a wealth of information that could help us better understand Earth and exoplanets. NASA's JPL is designing mission concepts to survive the planet's extreme temperatures and atmospheric pressure. This image is a composite of data from NASA's Magellan spacecraft and Pioneer Venus Orbiter. Credits: NASA/JPL-Caltech

NASA selected two missions to head to Venus by the end of the 2020s. VERITAS and DAVINCI+ will be the first U.S. mission to Venus in more than three decades.

So why study Venus? The surface of the planet is hell. It’s very hot and has a super dense atmosphere, but it once was similar to Earth. Scientists hope that understanding what happened to Venus’ atmosphere could shed light on how our planet formed and serve as a cautionary tale to what could happen to our own Planet.

To discuss the two missions, we’ll speak with two Venus experts. First, Paul Byrne, a planetary geologist and associate professor at NC State University about the intrigue and inquiry at our closest planetary neighbor, and what we might learn about this hellish place.

Then, we’ll speak with Darby Dyar, a professor of astronomy at Mount Holyoke College and deputy principal investigator for VERITAS about plans to map the surface of Venus and how these findings might help find planets much like our own outside our solar system.