Wendell Pierce On Parenting, The Pandemic And Reckoning With The Past 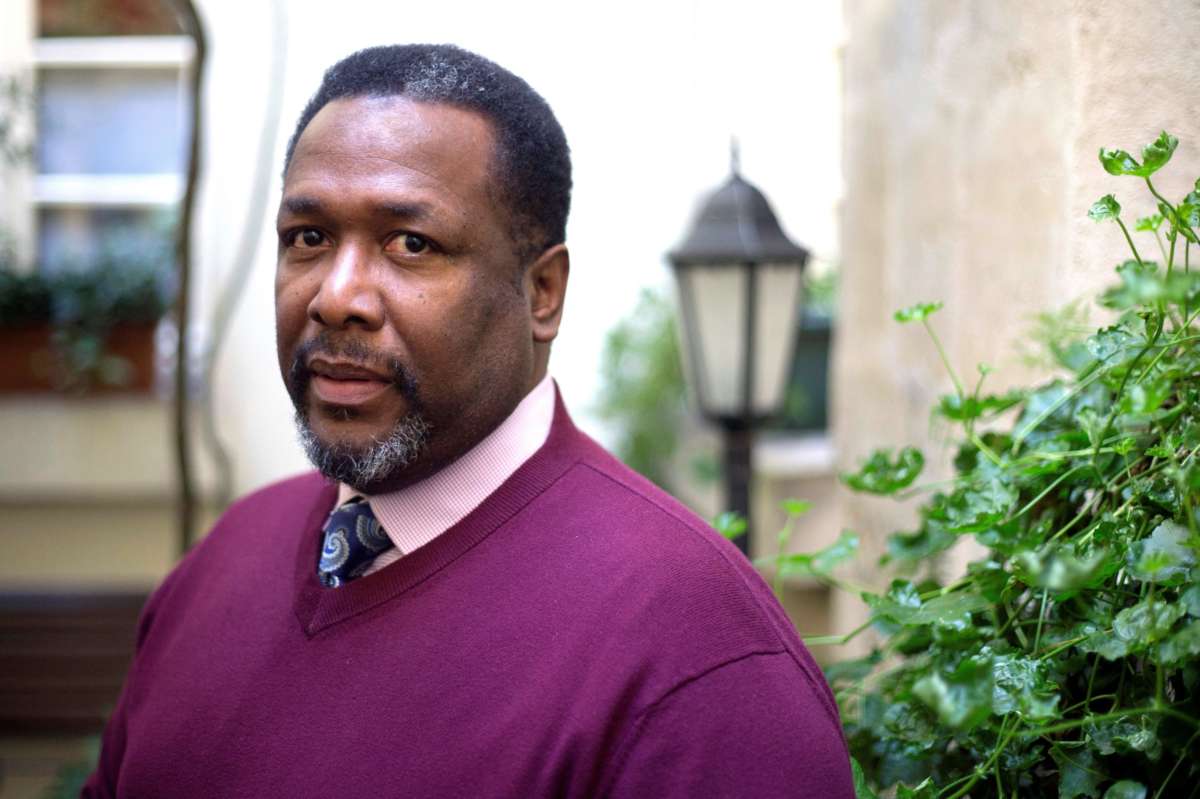 Wendell Pierce says that live audiences always "let you know if you're on the right track." But filming this new production without a live audience, he said it heightened his focus "to tell the story as clearly as possible." Pierce is pictured above in Paris in October 2016.
Image credit: Geoffroy Van Der Hasselt

This weekend, you can see actor Wendell Pierce star in a new production that is streaming for free online. “The thing I love about the play is: not often do you see Black men just love each other and work through the difficulties of that love,” Pierce says.

The play, by James Anthony Tyler, is called Some Old Black Man. Pierce plays a college professor who moves his elderly father into his New York City apartment. His father, played by Charlie Robinson, was a taxi driver in Mississippi. It’s “the classic confrontation of father and son,” says Pierce.

Aspects of the story hit close to home for the award-winning actor. Pierce says he recognized, only later in life, many of the ways in which his own father tried to shield him from the traumatic experiences of the older generation.

“He was protecting my heart and my soul along with my body,” Pierce says. And he says that in middle age, it’s been a gift to develop a closer relationship with his father.

“The silver lining of this pandemic is I’ve been able to spend this year — his 96th year of life — with him. … I have gotten closer with my father this year, in these past years, in my mother’s absence, than I ever have been with him before.”

On the complexity of Black father-son relationships

What happens is that pride can get in the way of connection — and that’s what we discover in this play: the conflict of a father and son who, if they would … forgive themselves and allow themselves to get the pride to get out of the way, they can actually connect. … And understanding that there are those who do not have our best interests at heart that have infected psyches. The experience of our journey in this world can place obstacles in front of that ability to love each other. This play is mining the way back to loving each other.

On his own father, who is about to turn 96

My father fought in World War II — loved this country when the country wasn’t loving him back. … Men and women of that generation were true patriots. There was nothing that this country was doing for him, or to him, that would make him love this country. … My father fought in Saipan … was awarded medals and was denied them by a white officer who said, “No, not you, not your unit.” But my mother came to me a couple of years ago before she passed and said, “Your father received medals. He should get them.” …

My father received his medals on Veterans Day in 2010. We’re talking about, you know, 70 years after the fact and without anger, he accepted them and said, “God bless America.” It is a painful memory that … he didn’t allow to fester in him. Because it could have destroyed him and he didn’t pass on the anger to us, but was always saying to us: Make demands of the community and the society in which you live in.

On young people not recognizing the wisdom of their elders

What happens generationally is that we forget that our forefathers and mothers by their experiences have garnered a wisdom that they can pass on to us. We make the assumption that whatever we’re going through now is always the first time — that’s the sin of youth. … What happens in this play is you see the realization, the epiphany, that my character comes to: understanding of the history that my father has gone through, making him the man that I knew him to be without that knowledge of the history, and his experience, and the trauma that he’s gone through, I misinterpreted his behavior as being just unjustified and just abusive when actually it was an attempt, his attempt, as flawed as it may have been, to protect me … from the abuses and the racial abuse that he had experienced in his life.

On his own father discouraging an acting career

He was against me becoming an actor. … [He said] I should become a lawyer, a doctor — a real job. It wasn’t until years later that I realized my father was a photographer. … I knew he studied photography in New York, but I didn’t know he was he was aspiring to become a Roy DeCarava or James Van Der Zee and I realized that his was a dream deferred. And he didn’t want that pain, that disappointment for me. And that was the reasoning behind his aggression against me becoming an artist. He didn’t want his son to be disappointed.

Phil Harrell and Scott Saloway produced and edited this interview for broadcast. Beth Novey adapted it for the Web.