Welcome To Mars, Percy. It’s Time To Do Science. 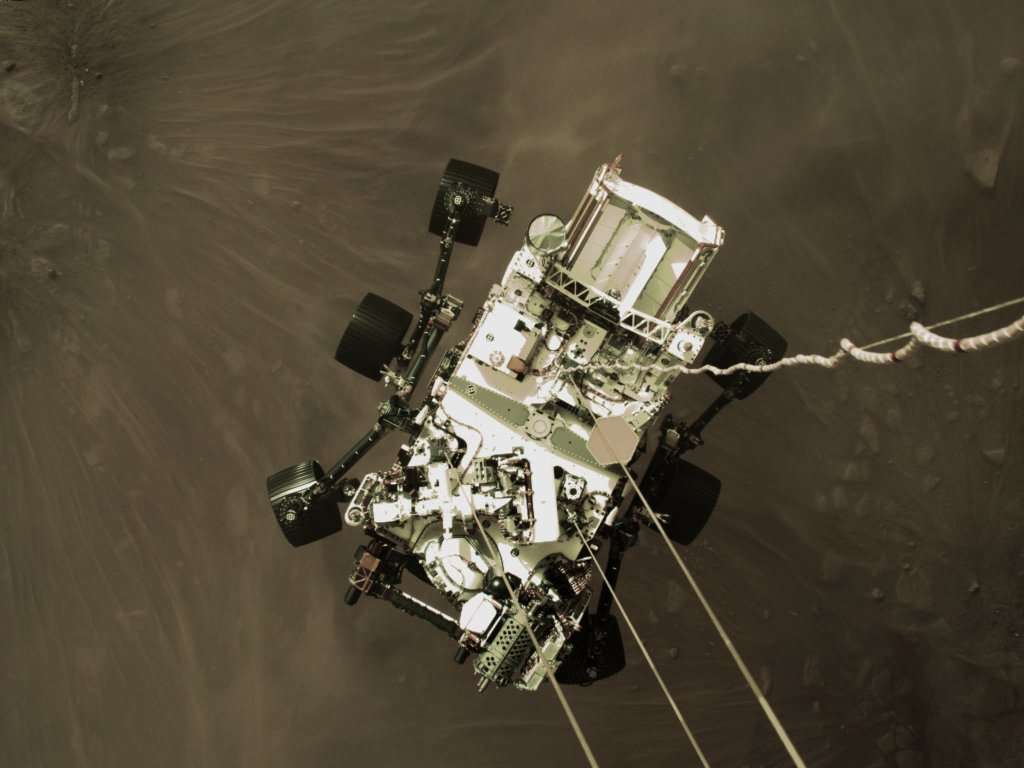 Image capture from a video of Perseverance's sky crane lowering the rover onto the surface of Mars: NASA / JPL

After a seven month journey hundreds of millions of miles through our solar system, NASA’s Perseverance rover safely landed on the surface of Mars.

The dune buggy-sized rover was dropped off in Jezero crater using a supersonic parachute and a rocket-powered hover crane and all of that harrowing maneuver was captured on video.

Since landing, Percy has beamed back incredible images from the surface — bringing us to its rust colored, desolate home on the red planet. Percy also sent back the first sounds of Mars captured by a dedicated microphone bolted to the rover.

Now, the science campaign begins. Percy’s on the hunt for ancient signs of life on the red planet. We’ll talk with author and journalist Nicholas Booth about the long road to astrobiology on Mars and University of Florida’s Dr. Amy Williams, a participating scientist on the mission, about the hunt for evidence of life outside our own planet.

Percy’s science campaign. That’s ahead on Are We There Yet? here on WMFE, America’s Space Station.