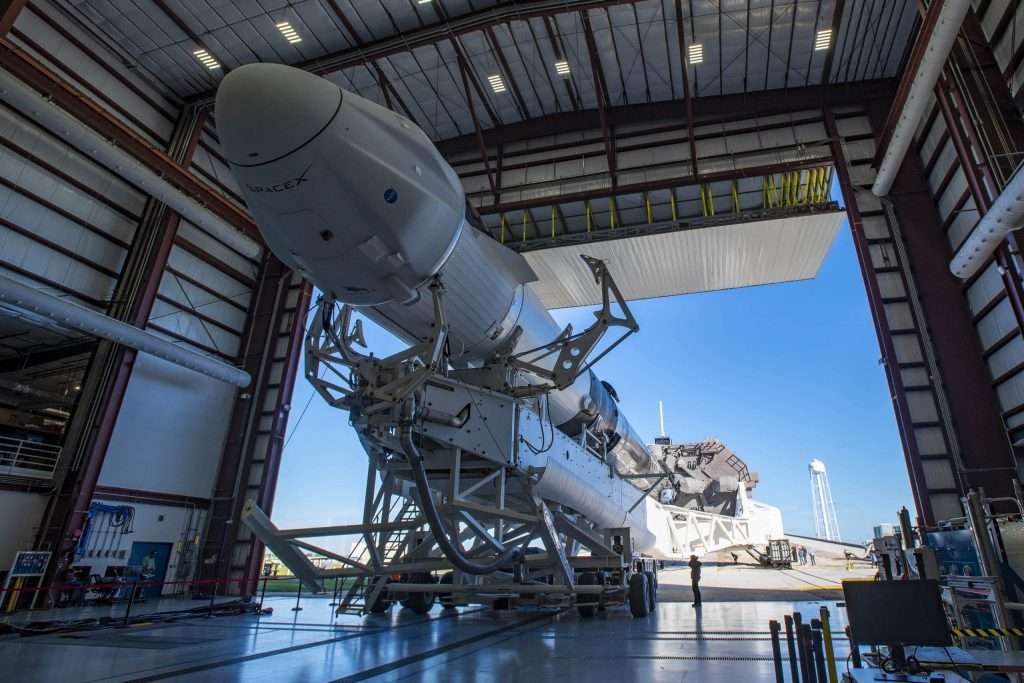 SpaceX is set to launch another resupply mission to the International Space Station from the Space Coast this Saturday, launching a brand new cargo vehicle on its Falcon 9 rocket.

It’s the 21st mission for SpaceX under a partnership with NASA to ship supplies and science experiments to the orbiting lab.

The mission marks the the first launch of SpaceX’s upgraded cargo spacecraft called Dragon 2. The new capsule can carry about 50 percent more science payloads than the previous version. It also marks the first time SpaceX’s cargo ship will dock to the station autonomously.

Tissue samples from central Florida residents are also hitching a ride to space. University of Florida researchers are conducting an experiment on the orbiting lab looking at muscle degradation in microgravity. Researchers at AdventHealth collected the tissue samples from local test subjects that will grow on tiny chips once installed on the station.

SpaceX conducted a test firing of the Falcon 9 rocket’s engines earlier this week. It’s the same booster that launched astronauts Bob Behnkin and Doug Hurley to the ISS back in May.

Launch is scheduled from KSC Saturday at 11:39 a.m. but SpaceX is keeping a watchful eye on the weather. There’s about a 50 percent chance for favorable launch conditions.

If the spacecraft launches Saturday, the capsule will arrive at the station Sunday.

SpaceX has been shipping supplies to the ISS for NASA since 2012. This year, the commercial company began launching astronauts to the International Space Station under the agency’s Commercial Crew Program.

The CRS-21 Dragon 2 cargo capsule will return to Earth in January, splashing down in the Atlantic ocean with 5,200 pounds of returning cargo and science experiments.