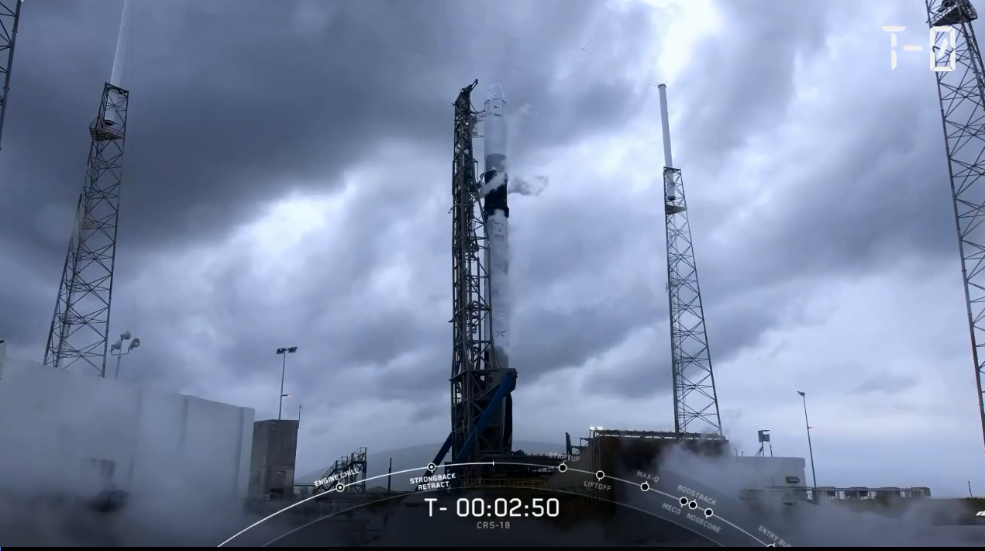 SpaceX is poised to launch more than 5,000 pounds of supplies to the International Space Station. An attempt to launch the Falcon 9 rocket carrying the cargo Wednesday from Cape Canaveral was scrubbed due to weather.

Also on board: a new docking port. Once installed, it will allow more space vehicles to park at the space station.

SpaceX will attempt another launch Thursday at 6:01 p.m. ET, although forecasters said similar weather will threaten the launch. The next opportunity would be August.

It will be the third flight of the Crew Dragon capsule to the space station. After spending about a month attached to the station, it will return to Earth and splash down in the Pacific Ocean.