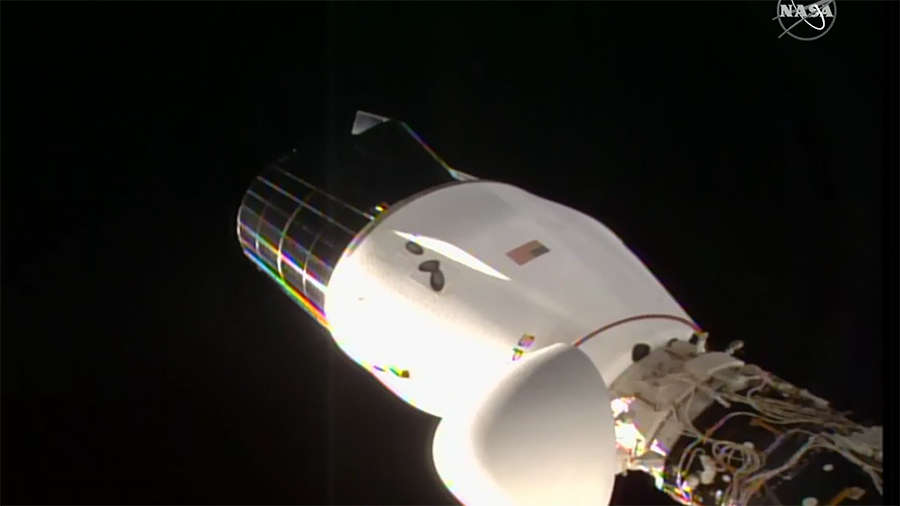 SpaceX scrubbed the planned return of a cargo capsule Monday filled with science experiments from the International Space Station.

SpaceX’s Cargo Dragon will remain docked to the ISS as weather in the planned splashdown zone off the coast of Daytona Beach wasn’t favorable. SpaceX planned to return the capsule Monday, with a scheduled splash down around 9 p.m. EST off the coast of Florida.

The splashdown will be the first for a cargo vehicle in the Atlantic Ocean. The proximity to Kennedy Space Center will allow researchers to get their hands on returning science in about four hours, much quicker than the previous two-day turnaround for Pacific Ocean landings.

After spending about a month docked to the station, the Cargo Dragon is now packed with returning equipment and experiments including live mice. Scientists are studying how their bodies change after spending time in microgravity. The mice will be the first unloaded from the vehicle once it splashes down. A helicopter will transport the subjects to a processing lab at NASA’s Kennedy Space Center.

It’s unclear when the next splashdown attempt will be. NASA said teams are looking at weather conditions for a future landing opportunity.