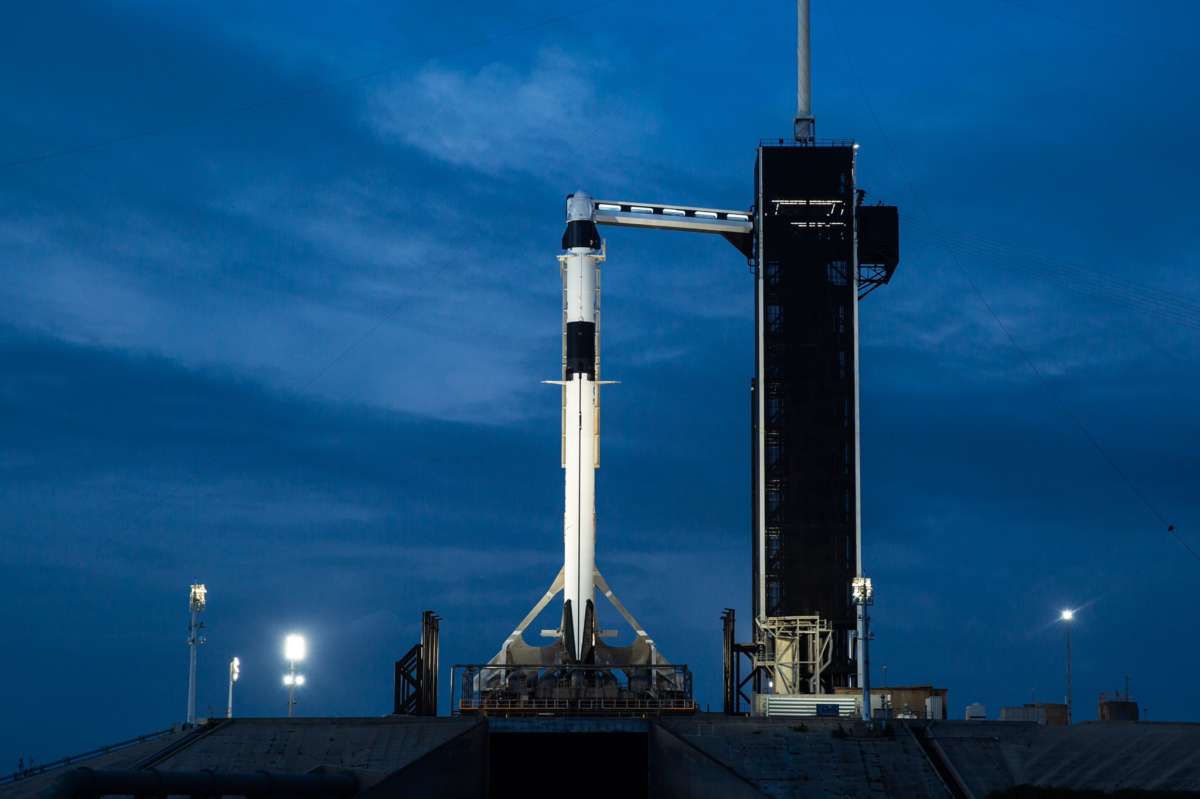 It’s launch day for SpaceX and two NASA astronauts — the first to blast off from the U.S. since the end of the Space Shuttle program in 2011. But weather at the launch site and in the path of the rocket could scrub the launch.

The one thing that could stand in the way of a successful launch is weather. Air Force forecasters say there’s a 50 percent chance rain and clouds at the launch site could scrub the launch.

SpaceX and NASA also need the sea below the rocket’s path to be clear in case the astronauts need to abort the launch and land in the Atlantic Ocean.

If it does launch, it  will be the first time NASA astronauts are flying on a commercially designed and built vehicle.

NASA has given SpaceX the final go for launch — after completing critical engineering reviews and conducting a dress rehearsal of launch day.

Most public viewing sites are closed — NASA is urging space fans to follow the launch online instead.