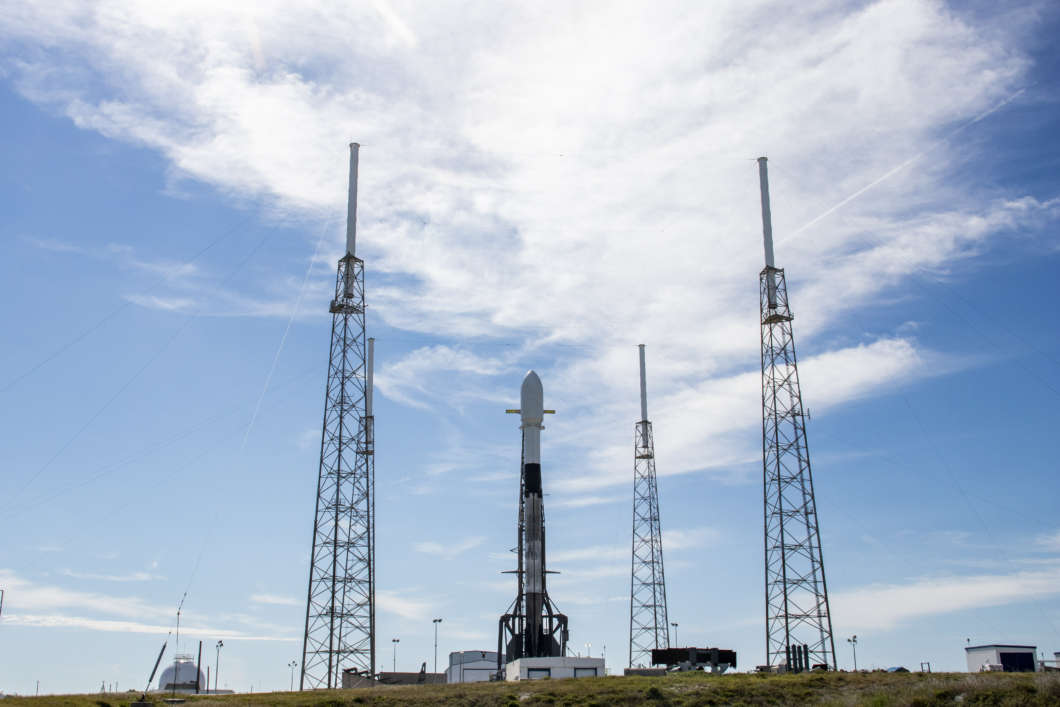 SpaceX's Falcon 9 rocket at Cape Canaveral ahead of a launch of 60 Starlink satellites. Photo: SpaceX

Update (08:04 PM): SpaceX has scrubbed Tuesday’s launch attempt due to rough seas at the booster recovery site. Another launch attempt is scheduled for Wednesday at 9:04 a.m. ET from Cape Canaveral. Earlier story:

Attempts last week to launch the fleet were delayed due to rough seas at the booster landing location. It’s a unique weather constraint for SpaceX — the company routinely lands its first stage boosters to reuse them, lowering the cost of launching satellites into space.

An attempt Monday was scrubbed mid-countdown due to strong upper level winds. SpaceX is now targeting a launch Tuesday at 9:28 a.m. ET.  The 45th Weather Squadron forecasts favorable weather at the launch site for the attempt. While the squadron doesn’t predict upper-level winds when issuing launch probability, models show favorable upper-level wind forecasts over the Space Coast for Monday’s attempt.

High altitude winds should be weaker on Tuesday morning. On the left were the winds this morning near launch time (~130 knots). On the right are the forecast winds for launch on Tuesday (~85 knots). @SpaceBrendan @matthew_peddie #flwx #SpaceX pic.twitter.com/Obal6lFqbV

So far, the company has launched four batches of 60 satellites for the constellation, but SpaceX will need dozens more launches to complete Starlink. Once finished, there will be thousands of these tiny satellites in orbit.

The constellation has drawn criticism from astronomers. Streaks of the satellites can be seen from ground-based telescopes, obscuring observations. SpaceX is testing an anti-reflective coat to lower Starlink’s visibility.