‘We Were Representing Our Whole Race’: A Mom Passes On Her Civil Rights Story 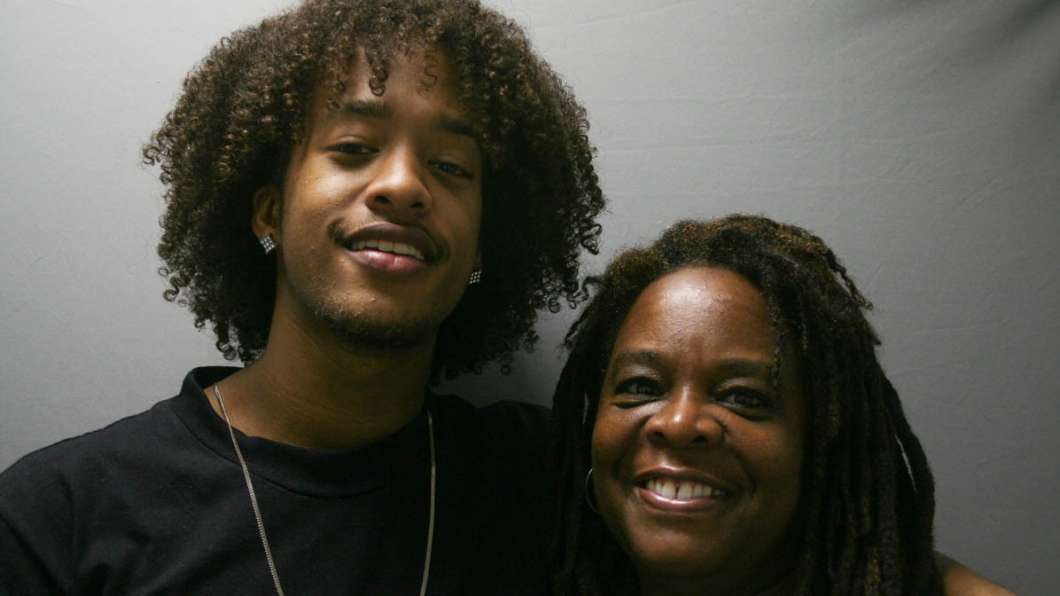 In a 2009 StoryCorps interview, Charisse Spencer (right) shares with her son Myles Spencer-Watson her memories of growing up in Virginia during the 1960s civil rights movement.
Image credit: Lilly Sullivan

Charisse Spencer, 64, grew up in southeast Virginia during the 1960s civil rights movement.

Back then, the area of Portsmouth, Va., where her family lived — Cavalier Manor — was one of the largest black suburbs in the country.

“I could stand in my backyard and listen to Ku Klux Klan meetings,” Charisse tells her son, Myles Spencer-Watson, in a StoryCorps conversation recorded in 2009. “And in my young mind, I’d imagine these ghostly demons in white sheets with their eyes being black holes and —”

“Your imagination is too far, I’m sorry,” Myles, then 17, says jokingly.

“But it wasn’t that far off,” Charisse says. “That’s a real prominent memory in my head.”

She says her father was a federal employee of the U.S. Navy and was not able to be involved in civil rights work. So her mother Clara grew politically active in the struggle for social justice.

“She became the frontman in the public eye,” Charisse says. “And by the time I was in the fifth grade, my parents told me I was going to integrate an elementary school in a white neighborhood not too far away. And there were going to be five of us that were doing it. So we’d walk about 2 to 3 miles from Cavalier Manor.”

They were harassed and antagonized along the way.

“Some days, gangs of white boys would spit at us, throw cigarettes at us, they’d have growling dogs,” she says. “And you just kind of hunched together, and you just kept going.”

“Y’all didn’t want to fight back?” her son asks.

“They wanted you to fight back, ’cause if you fought back then you could get kicked out,” she says. “But your parents are telling you, ‘You got to do this because if you can just withstand this, things are going to change for everybody.’ So you just grit your teeth and hang in there, you know. That’s a lot of strength to ask for a child. But we did really good at that school. We had to. We were representing our whole race.”

Now, Charisse wants to hand down her civil rights legacy to her son so it can continue.

“So you’re saying I gotta pass this on?”

“I have no choice?” Myles says, facetiously.

She laughs. “Hopefully you’ll be inspired with that and have a lot of pride in it, and keep up the struggle.”