Waves Of Afghan Refugees Are Arriving In The U.S. Here’s Some Help They Can Expect 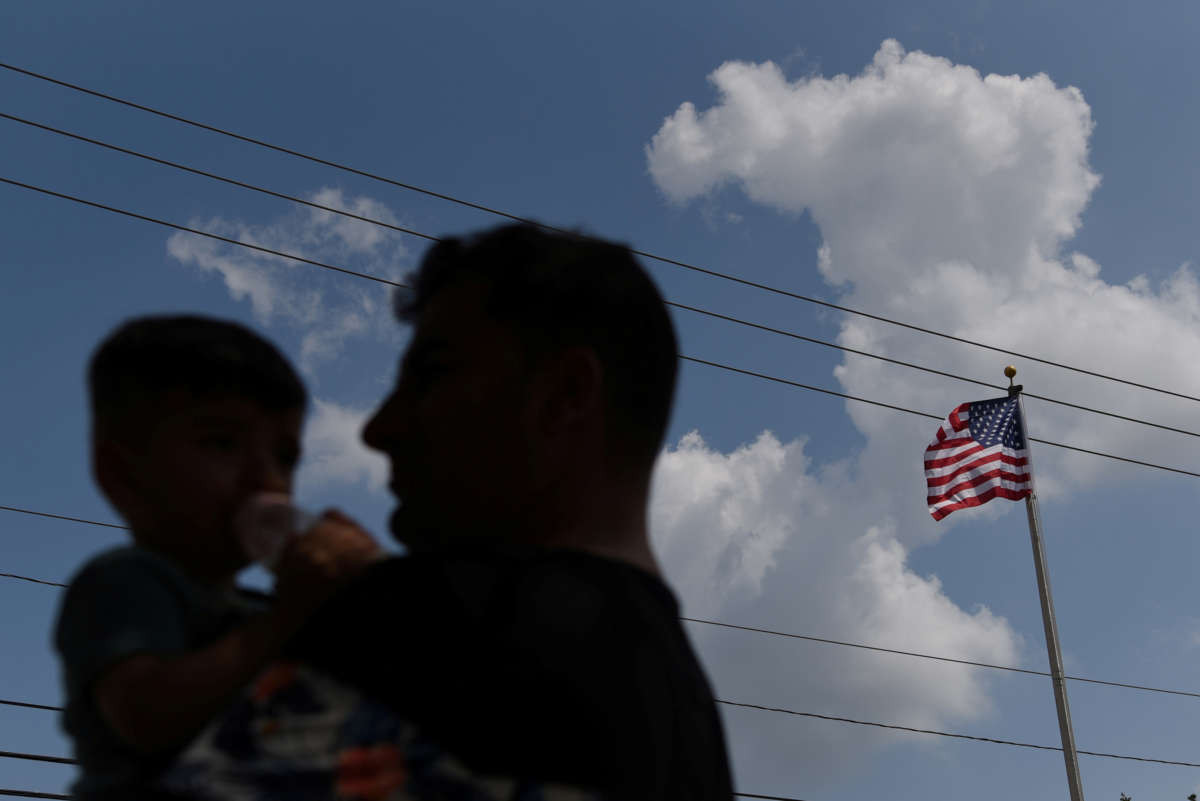 Afghan Abdul Aman Sediqi, a special immigrant visa recipient, holds his son Edris as he and his family prepare to sign a lease on a new apartment on Thursday.
Image credit: Callaghan O'Hare

Tens of thousands of Afghans who helped American forces over the two-decades-long war are now arriving in the U.S. as refugees, following what, for many, has been a harrowing escape from the Taliban-controlled country as it erupts into more violence.

Most will start the new American chapter of their lives at military installations scattered across the U.S. where they’ll be vetted before moving on to more permanent destinations. That includes Texas, which has become one of several hubs for refugees who’ve been granted special immigration visas for working with the U.S. in Afghanistan.

The sudden influx means resettlement agencies across Texas and elsewhere, are rushing to secure housing, schooling, groceries and furniture for the new arrivals.

Marisol Girela is the associate vice president for social programs for RAICES, an organization that helps refugees resettle in San Antonio, Texas.

“We’ve seen a very dramatic increase in the amount of people that we have been seeing since the start of the crisis in July and now August,” Girela told NPR.

She said that so far this week, RAICES has resettled six families. “That’s about 20 people,” Girela estimates, adding that by the end of August, the agency will have helped 60 people begin the transition into their new lives. July was the same, she said.

“We do see some single people, usually men, who get here through the [special immigrant visa] program, but for the most part, we help families,” Girela said.

It’s been a heavy lift for the organization, which is the smaller of two resettlement agencies in San Antonio.

A big chunk of the work begins even before a refugee sets foot in the San Antonio airport. With funding from the U.S. Committee for Refugees and Immigrants and with donations, Girela and her colleagues take care of all of the logistical relocation details. They find appropriate housing, set up utilities, arrange furniture and make sure there are plates in cupboards and silverware in drawers. “They have already been through so much — through so much trauma. These are not things they should have to think about.”

Nearly all of those expenses come out of a one-time stipend refugees receive upon arrival. The USCRI allocates $1,200 per person — adults and children receive the same amount — which must be used within 90 days.

“We also take some of that money to buy grocery cards and provide families with a little cash for any additional expenses that come up,” Girela said. “This is where donations really make a difference. The more we get from people — a free sofa or canned food — the more of their own money they can keep.”

RAICES also handles all of the paperwork required to register families for social services programs, including SNAP, better known as food stamps, and Medicaid. The group also enrolls children in local schools.

“We are on a very tight time crunch to get families set up” so they can be self-sustaining as quickly as possible, she said.

RAICES provides job skills training and helps with job hunting. “We have a very high job success rate,” Girela says, though she notes that most people find “starter jobs” at local food processing or packaging plants in San Antonio.

“A lot of the people we’re helping actually have degrees and are pretty highly educated so they take these jobs” on a temporary basis, while RAICES helps them navigate recertification or other education programs.

Qualifying adults can also get monthly refugee cash assistance. The amounts vary depending on household size, but a single adult gets about $415 a month for the first four months; the assistance then goes down to a little less than $200 a month. The sum also decreases depending on any income earned.

It seems like an obvious thing to say, Girela noted, but “everything is incredibly different here.” Almost immediately, she and her team begin a cultural orientation process that includes lessons on U.S. currency, how and where to send a monthly rental payment, how to buy a money order or how set up a checking account.

“The great thing is we have a pretty big Afghan community here in San Antonio so our clients have a built-in support system that they can turn to,” Girela said. Odd or embarrassing questions can be answered by members of their own community who have been through a similar transition, according to Girela.

In a way, Girela says, the “go, go, go” pace of the first few weeks can keep new arrivals from processing their feelings about the move halfway around the world. But once routines are established and the initial shock wears off, signs of the psychological and emotional toll begin to show.

“Maybe the honeymoon period has kind of ended,” she said. “But that’s when we start to observe if there’s any trauma that may have taken place.”

It’s possible that the evacuees who make it out of Kabul on these final flights before the Aug. 31 deadline could have a very different experience, Girela said. “But we’ll be here for them,” she added.