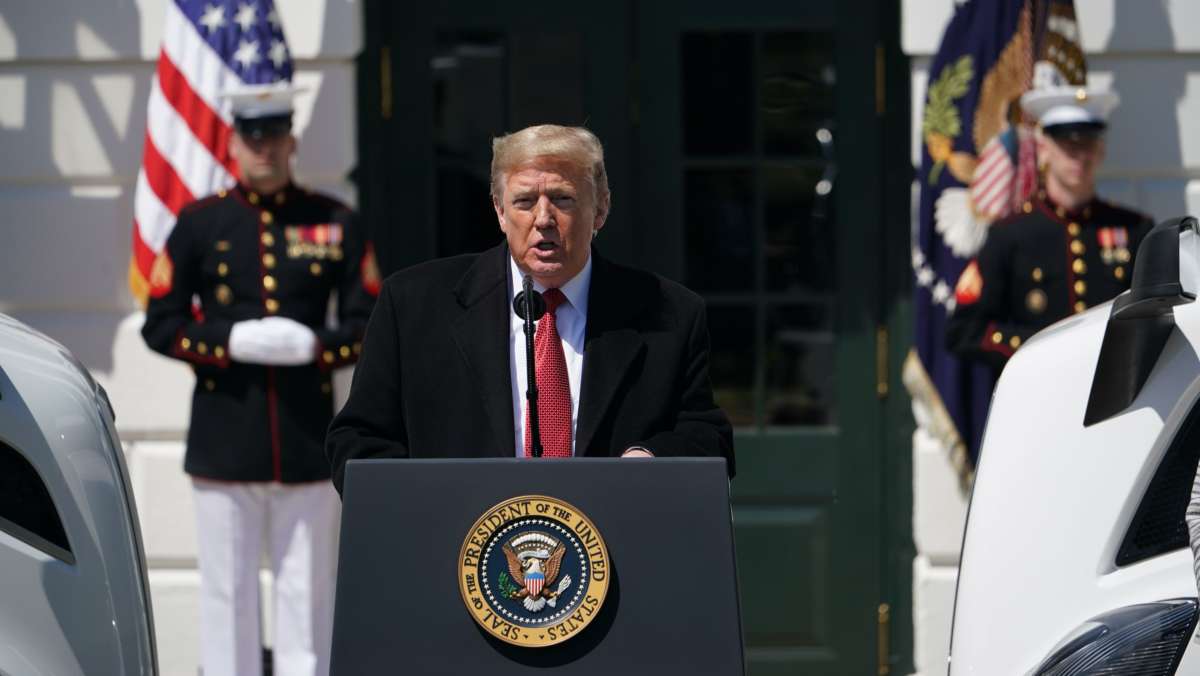 The White House has scheduled a briefing for Thursday at which President Trump said he will unveil his vision for plotting a course out of the coronavirus disaster and back to normal.

Trump also spoke via teleconference with the governors of the 50 states earlier Thursday to outline his plan for the way they’ll proceed with re-opening and normalization.

Trump has said he believes many states could begin to re-open even before the federal guidelines for social distancing and mitigation expire on May 1, citing what he says are the low numbers of cases or deaths in some places.

The New York Times reported on Thursday that Trump told the governors they’d be able to re-open before May 1 if they wish — but he said he wouldn’t lean on them about what to decide.

Trump’s new guidelines about normalization, which were obtained by NPR from a source who received them from the White House, contemplate a series of practices to bring people out of their homes again into workplaces and public places, albeit without time requirements.

The news conference is scheduled for 6 p.m. Watch the briefing live.

The White House’s phased strategy is contingent upon states having data about case levels, the capacity to treat all patients and test healthcare workers, and the ability to trace the contacts of those infected. States can decide on a county-by-county approach, the 18-page document says.

Employers should be able to do temperature checks and contact tracing, the guidelines say.

The guidelines suggest three phases for states to reopen, with progressively relaxed levels of social distancing. Each phase would require a 14-day period of a “downward trajectory” of cases to advance to the next one.

Phase One states or regions would have social distancing guidelines similar to those in place now — a prohibition on gatherings of more than 10, maximized physical distance, working from home when possible, the closures of schools and bars and so on. “Strict physical distancing protocols” would be ordered for places such as restaurants, theaters, sporting venues, churches and gyms. Vulnerable people would be urged to stay home.

Phase Two states and regions that show no signs of a rebound could expand gatherings to 50 people and resume non-essential travel. Working from home would still be encouraged. Schools could reopen and bars could operate with “diminished standing-room occupancy.” Vulnerable people still would be urged to stay home.

Phase Three states and regions could expand guidance so that vulnerable individuals could go out in public. Visits to hospitals and nursing homes could resume.

Trump’s eagerness to reopen the United States is spurred by the economic paralysis caused by social distancing and other countermeasures aimed at slowing the spread of the coronavirus.

Orders to stay at home and avoid groups mean that restaurants, brick-and-mortar retailers, the travel industry and the energy sector are reeling; tens of millions of Americans are out of work. A relief program to help small businesses already has run out of money.

Everyday life, meanwhile, has been badly jangled. Roughly half of the public school students in the United States have been home for weeks and won’t return this academic year.

Even so, the crisis did not deliver an end to partisanship. Trump’s earlier claims about the power he said he could exercise over governors’ decisions in managing the disaster have brought criticism from some of them and some of his traditional political foes in Congress.

Some governors and critics argue that essential elements necessary for a responsible re-opening — especially the testing capacity they say is needed to assure that a return to normalcy won’t just bring an echo spike of infections — aren’t yet in place.

Amazon CEO Jeff Bezos told shareholders in a letter on Thursday that he believes the world doesn’t yet have the capacity to test at the magnitude necessary to assure a safe return to business as before.

Groups of states on the West Coast, in the Midwest and along the East Coast have formed consortia to decide for themselves how they’ll re-open in view of their interconnections.