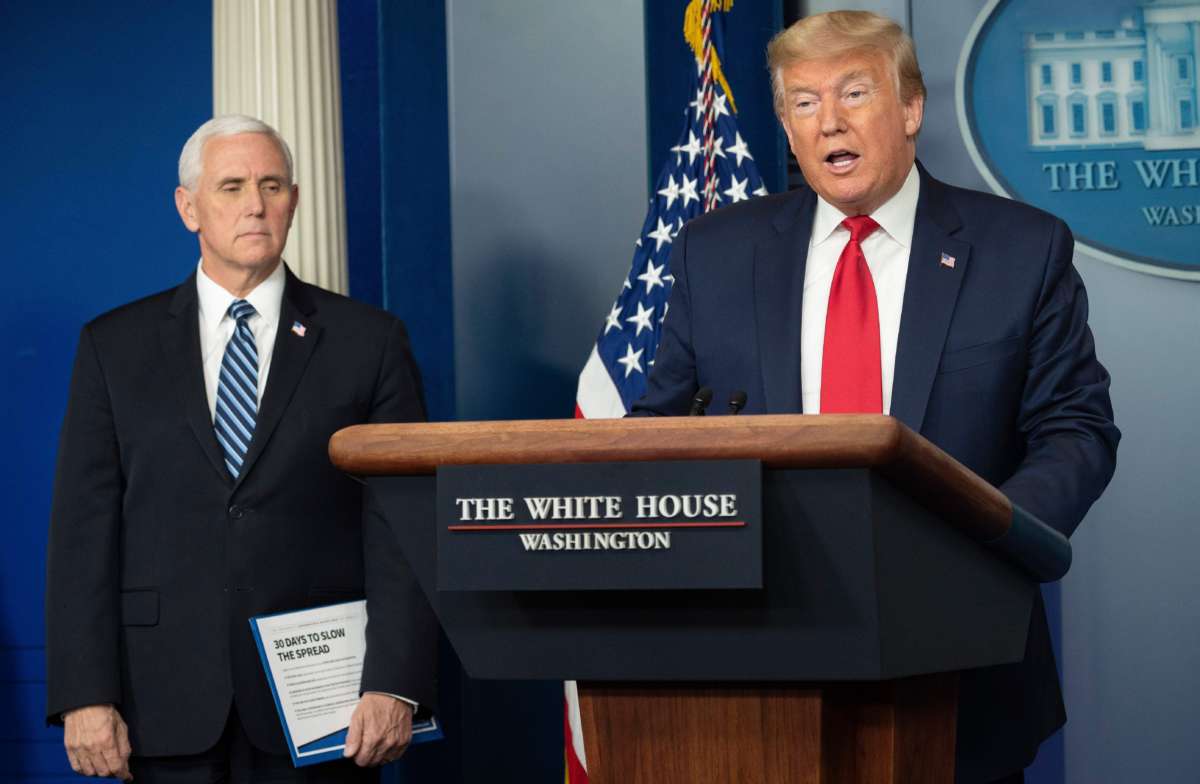 The White House is looking into when and how it can begin to reopen the country, which is largely at a standstill because of the coronavirus pandemic.
Image credit: Jim Watson

The White House’s coronavirus response task force is holding a briefing for Friday afternoon as the conversation in Washington turns toward how America could reactivate after going dormant to slow the pandemic.

President Trump is expected to receive recommendations about when and how the nation could reopen for business. He and advisers must make difficult decisions about how to balance economic, social, public health and other priorities.

Dr. Anthony Fauci, a top immunologist who has been advising the White House’s disaster response, suggested at a briefing on Thursday that normalization might look different for different parts of the country.

Trump has been under pressure to at least announce an end date to the countermeasures that call for staying home and avoiding large groups — which have amounted to a medically induced coma for much of the U.S. economy.

Restaurants, brick-and-mortar retailers, travel and other industries have been poleaxed; some 17 million people are out of work.

With at least a theoretical decrease in sight to new infections and deaths, Trump and Vice President Pence say they’re eager to begin assessing how sections of the United States could return to something like normal, permitting people to move more freely and return to work.

Dr. Robert Redfield, director of the Centers for Disease Control and Prevention, told NPR this week that his agency is working on a plan to get from here to there, but his comments suggested the necessity for a major and as yet incomplete effort.

First, the nation needs more coronavirus testing, Redfield said, especially testing with rapid results to render quicker diagnoses. Public health authorities also are looking ahead to new tests that can show whether a person had the virus in the past and may be carrying antibodies.

Under those practices, public health authorities work from a person known to be sick through all the other people with whom she or he has had contact — to see how many of them might be infected.

Many people who get the coronavirus don’t show any symptoms, but they still can transmit it to others who do become sick. That’s why identifying everyone who has it, in whichever form, is so important to constraining the outbreak.

Redfield said an eventual national program to test and contact-trace would need to be executed by local health authorities, with the guidance and assistance of the CDC.

Presumably, once officials had a good sense about where and how the infection stands in, for example, a metropolitan area, they could then begin to decide when stores and business could reopen.