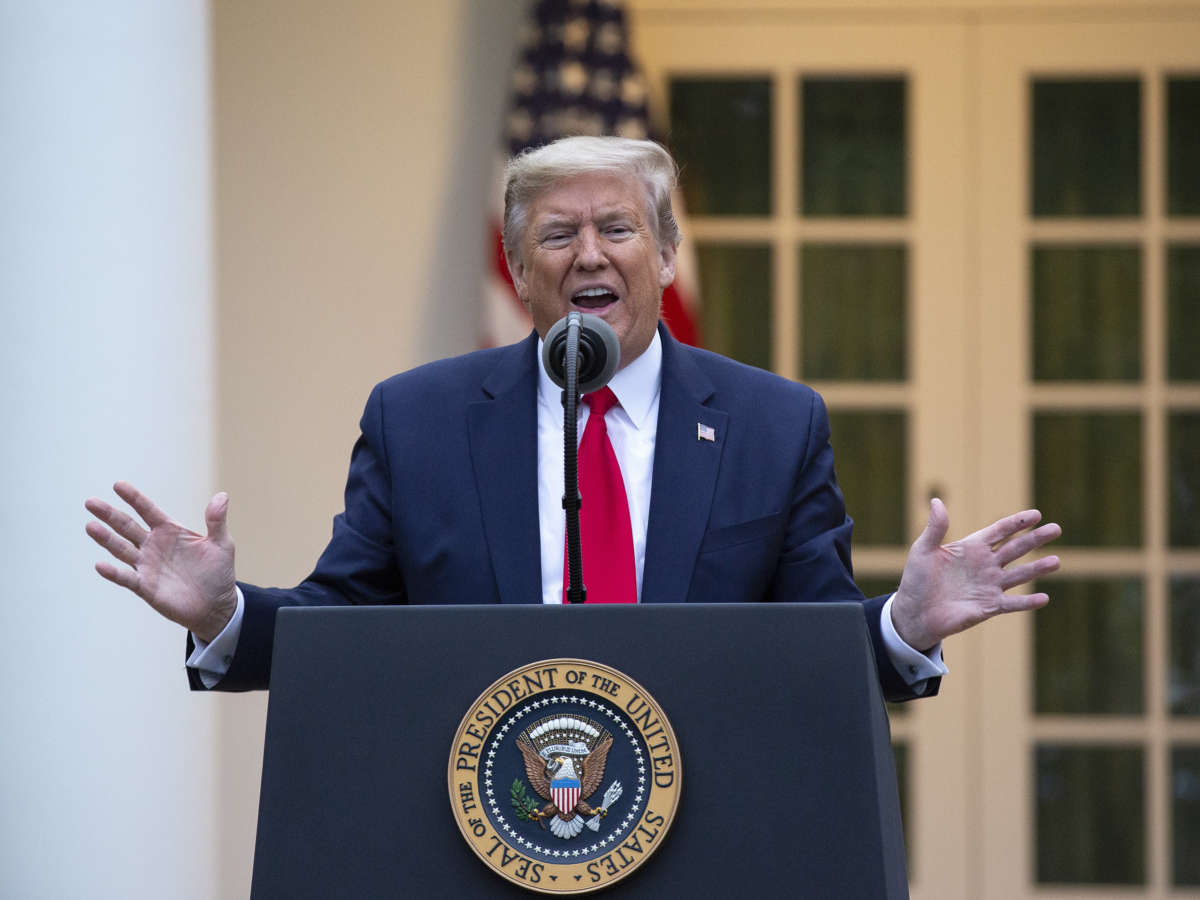 President Trump said Tuesday he has instructed his administration to halt funding of the World Health Organization for “severely mismanaging” the coronavirus pandemic, pending an investigation of the group’s handling of the crisis.

Trump also backpeddled on a separate controversy after he declared earlier this week that he has power to order governors to re-open, though he does not. “When somebody’s the president of the United States, the authority is total,” he had said. On Tuesday, he reversed, saying he would guide the governors but allow them to decide when and how to re-open.

Wednesday’s briefing, scheduled for 5 p.m. ET, comes after an Easter weekend of COVID-19 fatalities that launched the U.S. death toll to the highest in the world.

Still, experts say that efforts to contain the virus seem to be having a positive effect, crediting social distancing measures for helping to slow the disease’s spread.

The coronavirus epidemic has devastated the national economy, with some 17 million Americans seeking unemployment benefits in recent weeks.

Trump has said he wants to reopen the nation’s economy as soon as possible and has announced a group of industry leaders dedicated to reigniting the country’s business prospects.