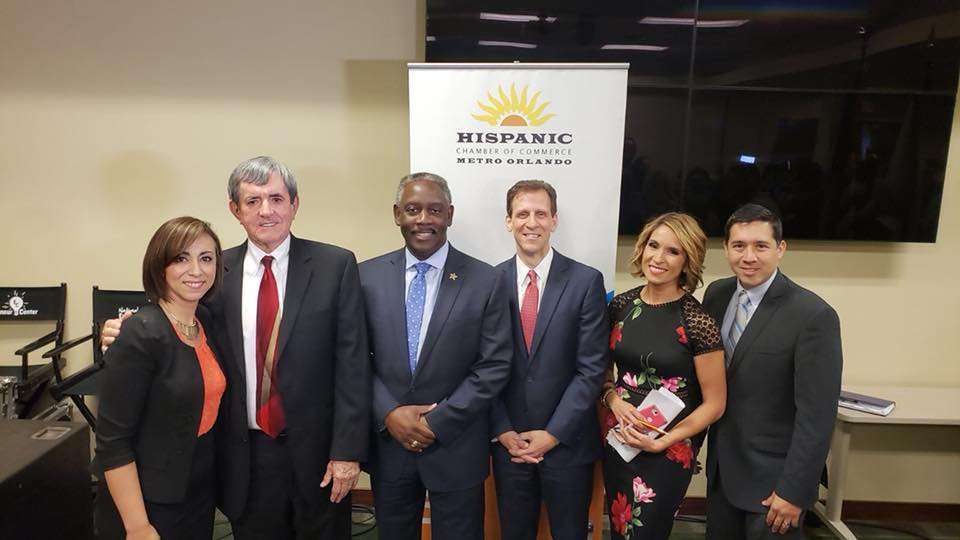 Get to know the candidates vying to be Orange County’s next mayor. The Hispanic Chamber of Commerce Metro Orlando is hosted a debate Friday morning with the three candidates.

They are: Orange County Commissioner Pete Clarke, Orange County Sheriff Jerry Demings and Rob Panepinto —a businessman and philanthropist. Local Hispanic Chamber President Gaby Ortigoni said the organization wants to make sure the candidates are connected with its members.

“How are they going to be helping not only Hispanic but other minority groups in terms of getting more access to contracts, in facilitating processes for them when they’re opening or expanding their business in their county?” said Ortigoni.

The Orange County mayor oversees a more than $4 billion budget.

Watch the video of the debate here.

The mayoral election is in August.