WATCH: The Moment NASA Controllers Learn That Ingenuity Is ‘1st In Flight’ On Mars 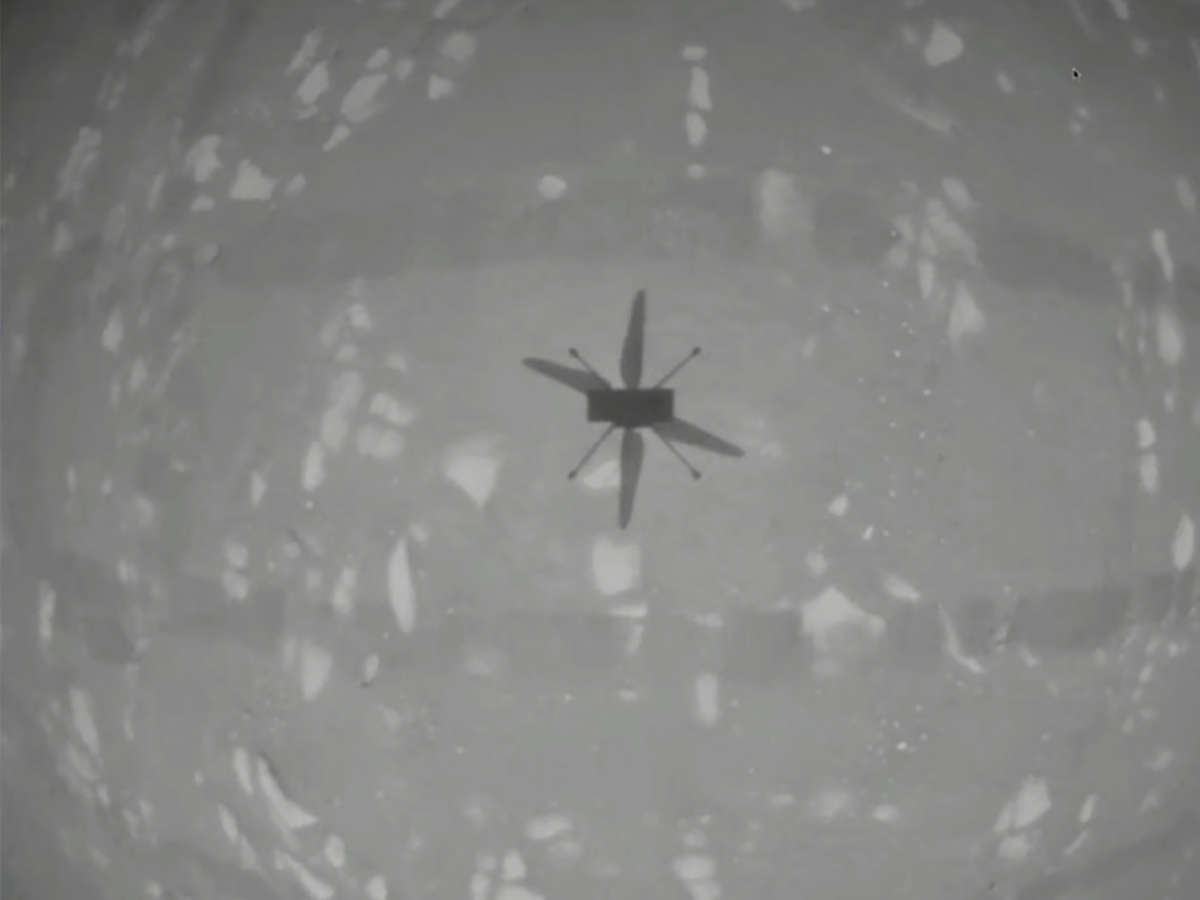 As historic moments go, this one was very much one with the times.

Socially distanced and mask-wearing controllers and engineers, seated before laptops in matching orange polo shirts designed for the mission, waited anxiously Monday morning at the Jet Propulsion Laboratory in Pasadena, Calif., for news of the first powered flight on another world.

So the Mars 2020 team was sweating out the maiden flight of Ingenuity, whose fate had already been sealed — for good or ill — some three and a half hours prior.

The spindly tissue-box-sized helicopter that on first glance resembles nothing so much as a consumer-grade drone suddenly dropped into an alien landscape, had already either made a short, successful flight — or not. Perhaps it had even crashed.

You can see how it unfolded, beginning in the video at about 37:55.

JPL project manager MiMi Aung, who is the lead engineer on Ingenuity, could be seen giving an enthusiastic two thumbs-up and then clenched fists before the whole room erupted in applause. As the altimeter data was posted, Aung and others jubilantly leaped to their feet.

Even with faces covered, it was clear that there were broad smiles hiding behind the masks.

More applause as the first images of the flight trickled in — first a black and white photo from Ingenuity showing its own shadow on the Martian surface. Then a snippet of video showing the helicopter coming in for a landing on what has been dubbed Wright Brothers Field, snapped by the Perseverance rover.

Aung rose to her feet and dramatically ripped up what she said was a “contingency” speech prepared in case the flight was a failure.

“We can now say that human beings have flown a rotor-craft on another planet!” she said, as the team continued to celebrate, socially distanced.