WATCH: Senators Have Their Say On Impeachment 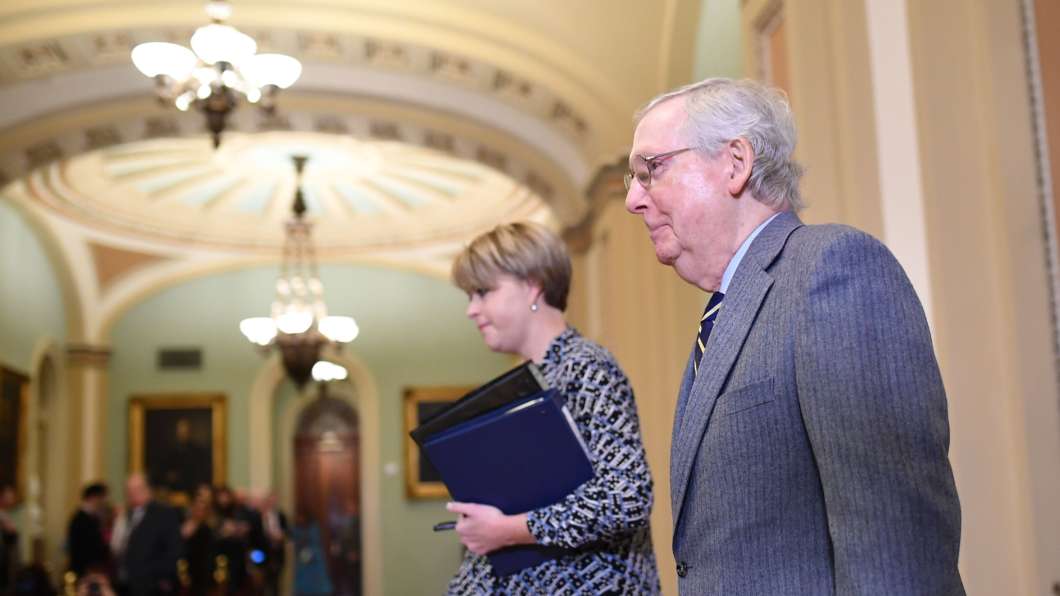 Senate Majority Leader Mitch McConnell walks back to the Senate chamber after a break for the closing arguments in the impeachment trial of President Trump on Monday.
Image credit: Mandel Ngan

As jurors in President Trump’s impeachment trial, senators have remained silent as House impeachment managers and Trump’s defense team make their cases. But now they have their opening.

The trial adjourned on Monday, giving senators their chance to take the floor. That window is still open on Tuesday; senators get up to 10 minutes each to speak. Watch the proceedings live here.

Trump was impeached by the House of Representatives in December on charges of abuse of power and obstruction of Congress related to efforts to get Ukraine to investigate Trump’s political rivals.

On Wednesday at 4 p.m. ET, the Senate votes on whether Trump should be convicted or acquitted of those charges. McConnell made his case for why senators should vote to acquit.

“We must vote to reject the House abuse of power, vote to protect our institutions, vote to reject to new precedents that would reduce the framers’ design to rubble, vote to keep factional fever from boing over and scorching our republic,” he said on the Senate floor. “I urge every one of our colleagues to cast the vote the facts, the evidence, the Constitution and the common good clearly require. Vote to acquit the president of these charges.”