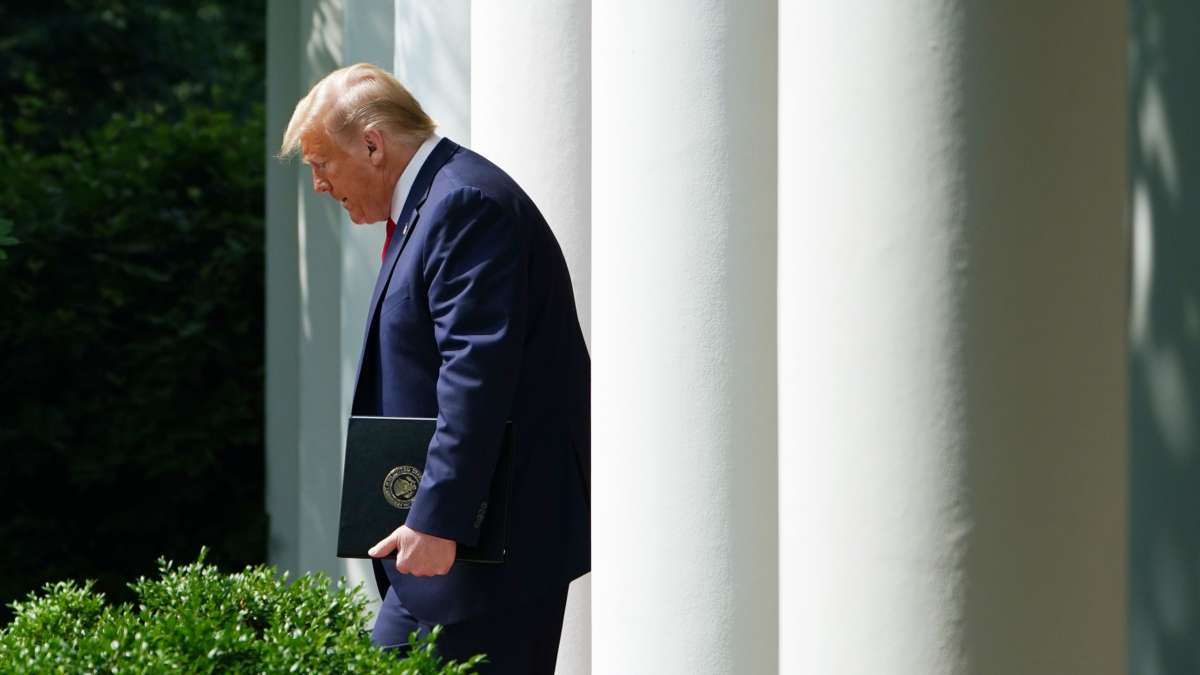 President Trump makes his way to the Rose Garden for a signing ceremony at the White House earlier this month.
Image credit: Mandel Ngan

President Trump will sign an executive order Tuesday outlining the administration’s efforts to track officer misconduct, incentivize some departments and involve social workers and mental health professionals on some calls.

The order comes as the president faces tremendous pressure to take action following the killing of George Floyd at the hands of police last month.

According to senior White House officials, the order will create a database to track police officers with multiple instances of misconduct, and use federal grants to encourage departments to meet certain higher certification standards on use of force. It would also call on departments to involve social workers and mental health professionals on calls dealing with homelessness, mental illness and addiction.

The order does not address concerns by many that police treat African Americans and people of color unfairly. They said focus is breaking down barriers and bringing communities together and not demonizing the police.

The president on Monday, as he has in the past month, forcefully defended law enforcement, saying “we mostly have great people … But we will do better, even better.”

Meanwhile, the Senate Judiciary Committee is holding a hearing Tuesday afternoon on policing and community relations as Senate Republicans continue work a policing bill they are expected to unveil this week. Democratic-led House of Representatives has introduced a bill that would, among other measures, ban chokeholds.