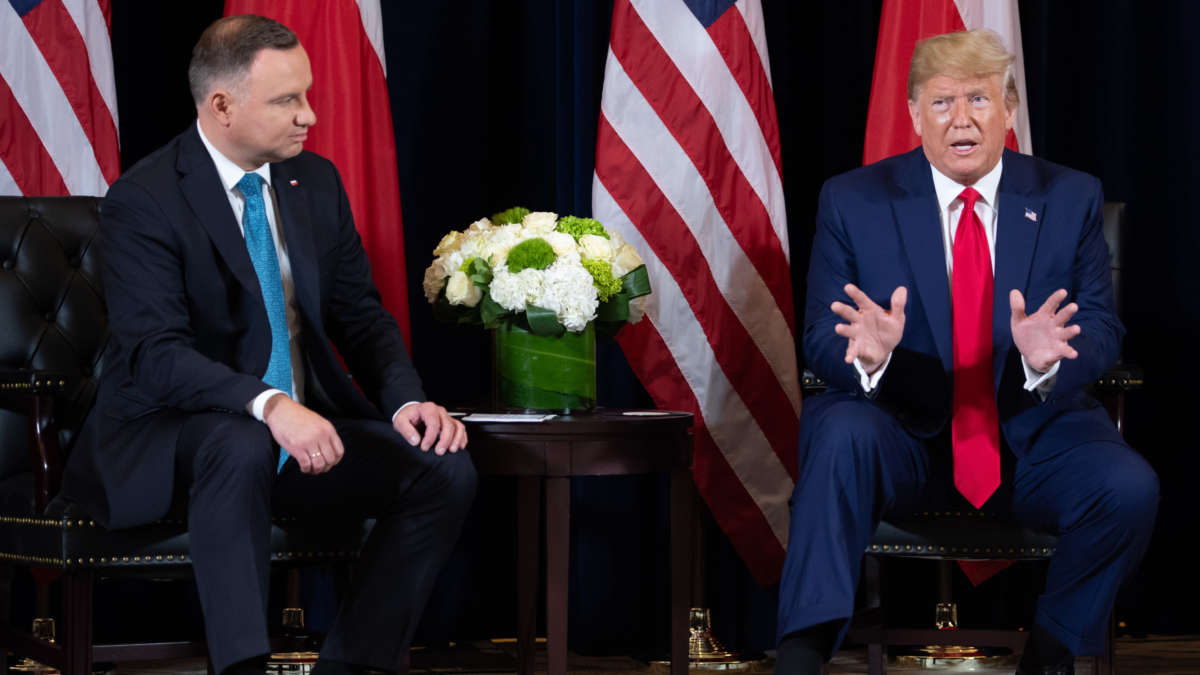 President Trump is set to welcome his first foreign leader to the White House on Wednesday since the coronavirus pandemic put a stop to normal diplomatic events in March.

Polish President Andrzej Duda will join Trump for discussions about defense and energy issues in the Oval Office before the two leaders hold a traditional joint press conference in the Rose Garden, scheduled for 3:30 p.m. ET.

Watch live here when it begins.

The visit is unusually close to the Polish presidential election, which is on Sunday. Duda is an enthusiastic supporter of Trump who has promised to build what he calls “Fort Trump” to host U.S. troops in his country. Trump has threatened to pull U.S. troops out of Germany, though the White House has declined to say whether any of them will be moved to Poland.

The meeting also comes as Trump seeks to regain his footing heading into the November U.S. presidential election.

Trump, who had planned to campaign on his economic track record before the pandemic crashed through the U.S. economy, has worked to portray the coronavirus as being behind him. He has started to try to resume a normal presidential schedule, including travel to battleground states, and even a large indoor rally in Tulsa that failed to attract as many people as planned.

Polls show his Democratic opponent — former Vice President Joe Biden — with an edge over Trump. Voters have expressed concern about the way Trump has handled the coronavirus pandemic and protests over racism. And the stock market has been shaky with a new surge of coronavirus cases in many Southern states.