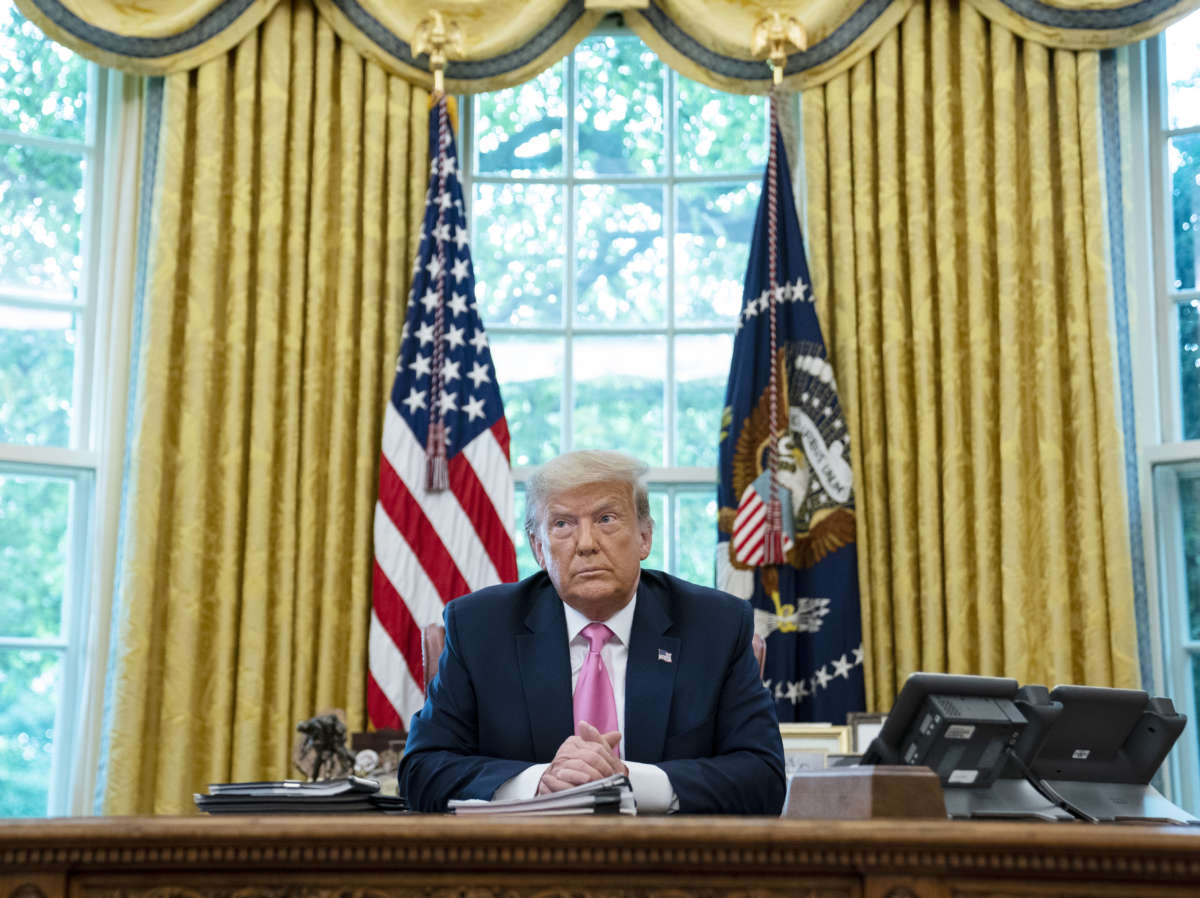 The White House press secretary says President Trump is "the right person to give information to the American people," despite past missteps at press briefings.
Image credit: Evan Vucci

More than 140,000 Americans have now died of COVID-19 and cases continue to surge in hot spots across the country. President Trump had turned his attention elsewhere, but said Monday that he will resume the daily coronavirus task force briefings that were a fixture of the administration’s early response.

As of Tuesday, however, an afternoon event was being billed as a news conference for the president, rather than a task force briefing. It was not immediately clear which, if any, members of the coronavirus response team would join the president for his remarks.

In the past iteration of the briefing, Trump often overshadowed his administration’s health updates and at times provided false, dangerous information. In one such instance, Trump made the thoroughly debunked proposal that strong disinfectants injected into the body could be a viable treatment for coronavirus sufferers.

When asked Tuesday morning whether these sort of missteps suggested that perhaps Trump was not the best person to helm the daily briefings, White House press secretary Kayleigh McEnany defended her boss as a trailblazer through the global health crisis.

“And, boy, does he get the information to a lot of the American people, as noted by the ratings,” she added.