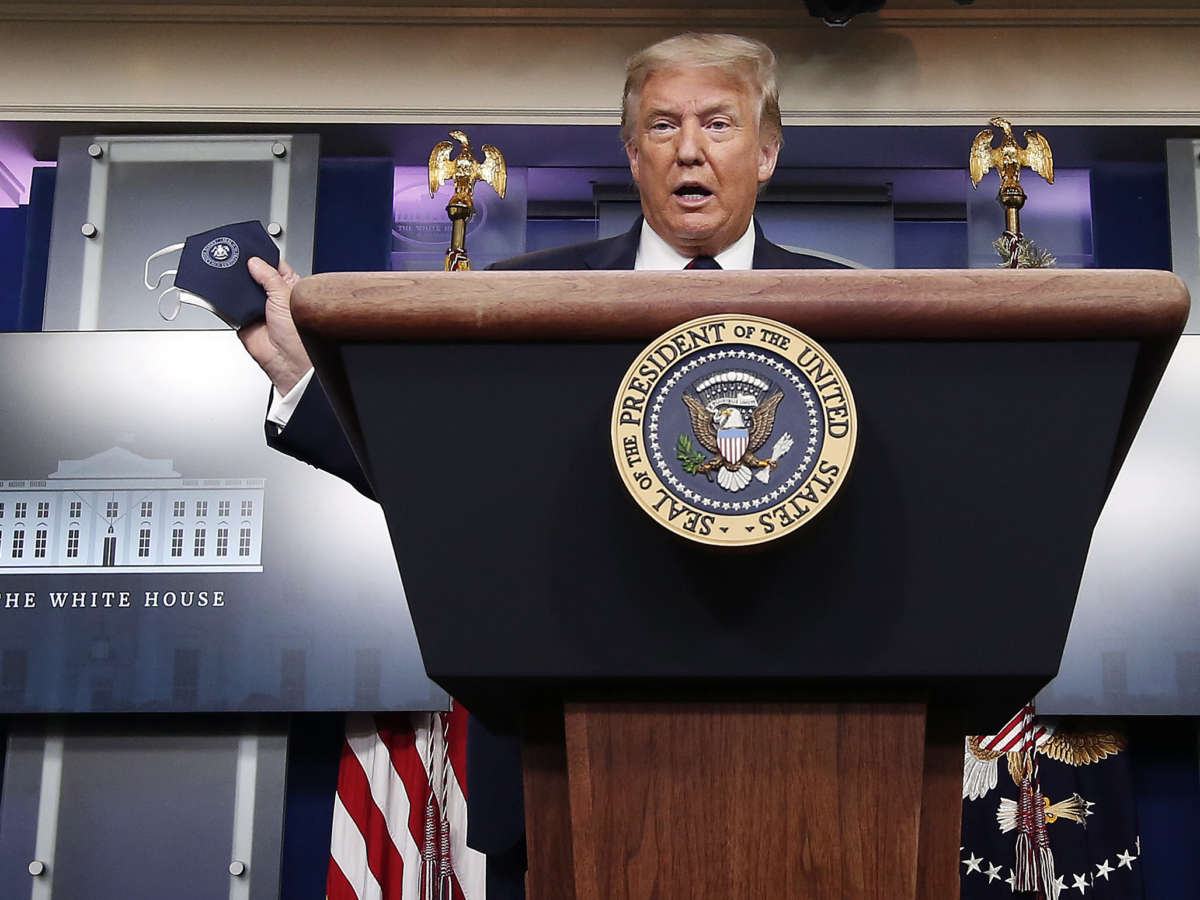 President Trump on Wednesday is expected provide an update on the ongoing coronavirus crisis, as cases of the virus continue to surge across the U.S. and Americans’ faith in his ability to manage the pandemic sinks, according to recent opinion polls.

The Wednesday news conference is the president’s second this week. He had said on Monday he planned to make briefings on the pandemic a regular fixture from the White House briefing room, after a months-long hiatus of the daily response updates.

Trump took a more serious tone about the pandemic Tuesday, saying it would likely get worse and urging Americans to wear masks. The president was not joined on Tuesday at the podium by any members of the administration’s coronavirus task force, which includes some of the nation’s leading public health experts and is chaired by Vice President Pence. It was not immediately clear whether members would accompany the president to the Wednesday briefing.

The virus continues to spread around the country, wreaking havoc on local health care systems and the national economy. And in recent weeks, hot spot clusters across the U.S. Sun Belt have highlighted the extent to which the government has failed to contain the virus, in contrast to much of the developed world.

Growing mistrust in Trump’s ability to effectively manage the crisis, as well as his administration’s response to recent civil unrest against racism and police brutality, have tanked the president’s already-low approval rating.

A polling aggregation from FiveThirtyEight shows the president’s disapproval rating at 55.7%. And Trump trails Joe Biden, the presumptive Democratic nominee, nationally by 8.4 points, according to RealClearPolitics.