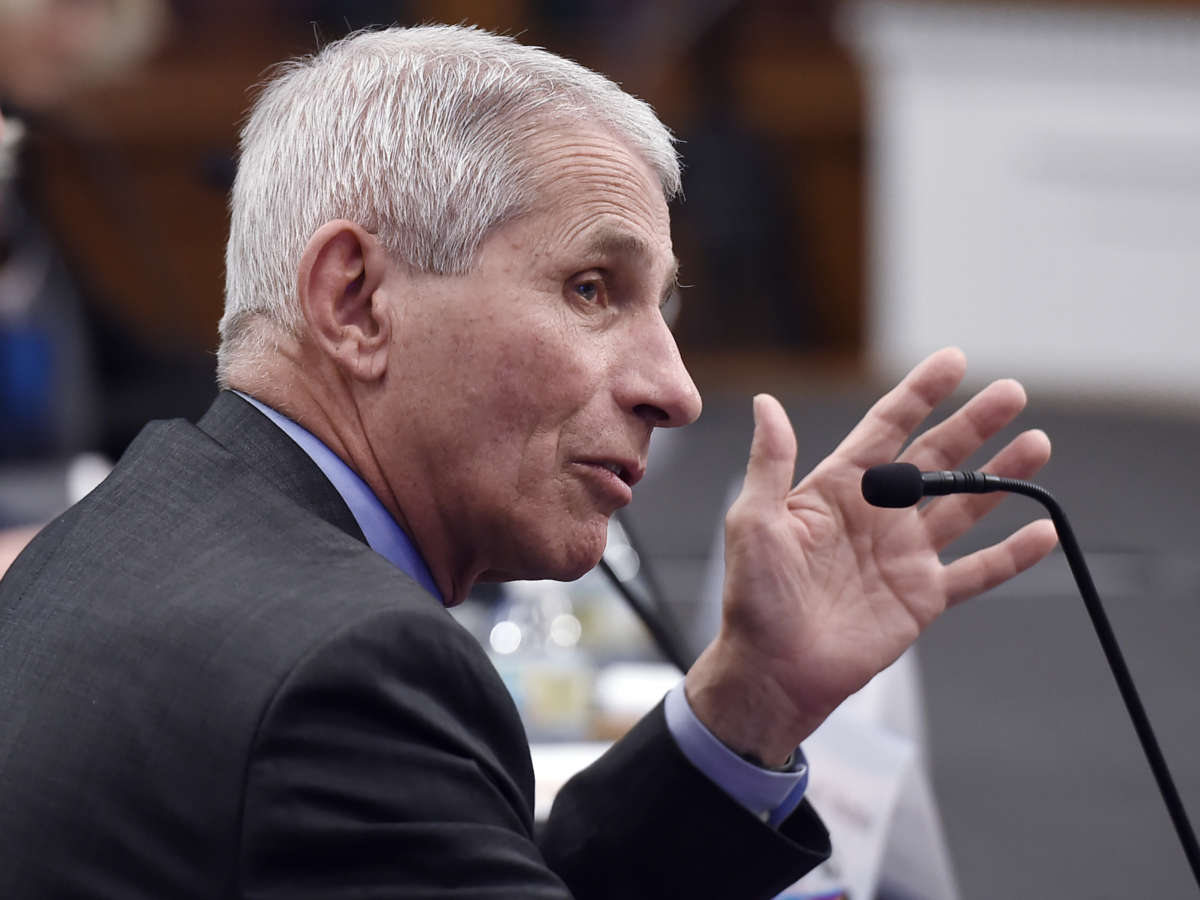 Anthony Fauci, director of the National Institute of Allergy and Infectious Diseases, is seen here testifying in March on Capitol Hill. He and others leading the federal coronavirus response will testify before the House Energy and Commerce Committee on Tuesday.
Image credit: Olivier Douliery

Four men who have helped lead the U.S. response to the coronavirus are set to testify before the House Energy and Commerce Committee on Tuesday, where they will face sharp questioning from House Democrats about the Trump administration’s handling of the crisis.

Those testifying at the 11 a.m. ET hearing will include Anthony Fauci, director of the National Institute of Allergy and Infectious Diseases at the National Institutes of Health; Adm. Brett Giroir, assistant secretary for health at the Department of Health and Human Services; Stephen Hahn, Food and Drug Administration commissioner; and Robert Redfield, director of the Centers for Disease Control and Prevention.

President Trump has been much criticized for his handling of the coronavirus outbreak. The U.S. now has the largest number of confirmed cases in the world — more than 2.3 million — as well as the most deaths — about 120,000. The daily number of people dying with COVID-19 has declined in recent weeks, but the number of cases is spiking in many parts of the U.S.

The committee’s Democrats will likely press the witnesses for details on why the federal response has not been more effective, and whether Trump prevented health experts from taking action sooner.

At his campaign rally on Saturday in Tulsa, Okla., Trump said that he told his administration to “slow the testing down” for the coronavirus.

“When you do testing to that extent, you are gonna find more people, you’re gonna find more cases,” Trump said. “So I said to my people, ‘Slow the testing down, please.’ They test, and they test. We have tests that people don’t know what’s going on.”

Democrats have seized on the comments as evidence that Trump is putting politics ahead of the lives and livelihoods of Americans. Joe Biden, the Democrats’ presumptive presidential nominee, soon tweeted, “Speed up the testing,” and a Democratic super PAC put out an ad centered on Trump’s remarks.

At a press briefing on Monday, White House press secretary Kayleigh McEnany said Trump has not directed officials to slow down testing, and instead has “led the way in making us the world’s leader with regard to testing.” She said that in his Tulsa comments, Trump “was joking about the media and their failure to understand the fact than when you test more, you also find more cases.”

McEnany praised the president’s response. “We could have lost 3 million lives but we lost far fewer because Trump took action early,” she told reporters.

The witnesses’ prepared testimony suggests they may seek to highlight the expanded availability of testing, the numerous briefings between White House officials and state governors to coordinate a response, and the ongoing efforts to develop tests and treatments and vaccines for the coronavirus.