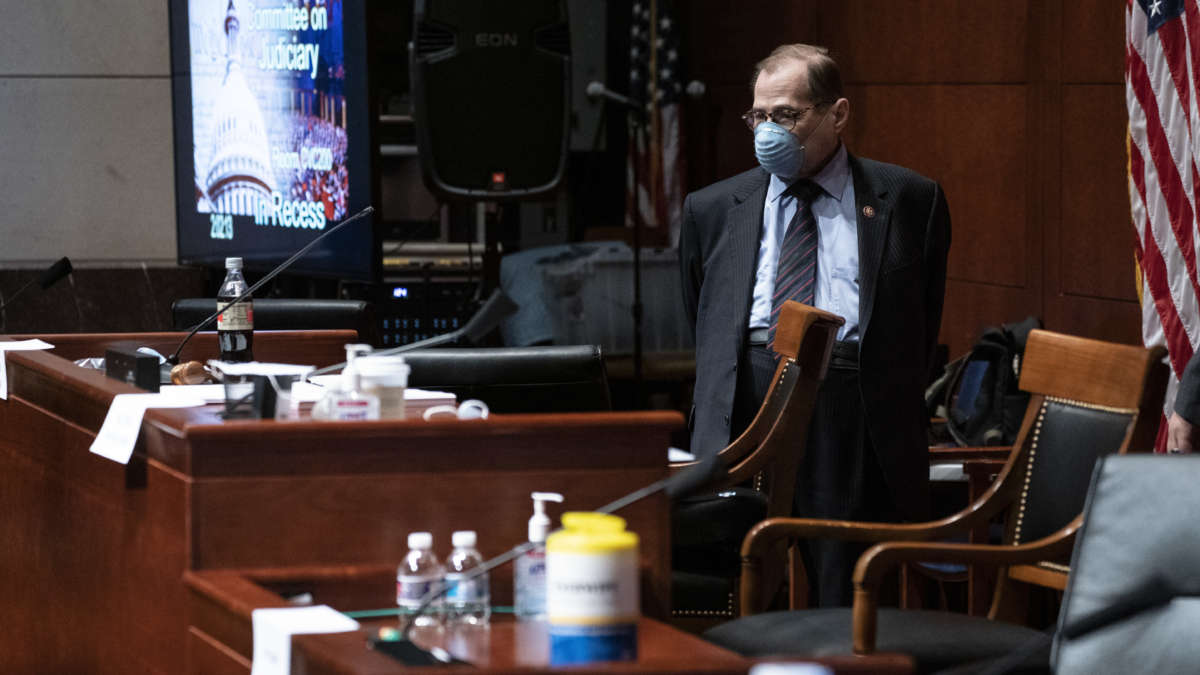 House Judiciary Committee Chairman Jerry Nadler, D-N.Y., is pictured on June 17. His panel is holding a hearing on the Justice Department and allegations of political interference on Wednesday.
Image credit: Pool

Justice Department witnesses are expected to tell House lawmakers on Wednesday they’ve observed political interference in big cases, including those involving a friend of President Trump.

Two lawyers are scheduled to appear at a hearing of the House Judiciary Committee to detail their concerns, which were revealed on Tuesday in written testimony they prepared ahead of time.

Aaron Zelinsky, who has worked at the department since 2014, intends to tell the committee that top leadership of the Justice Department leaned on the U.S. Attorney’s Office for Washington, D.C., to go easy on Trump’s friend Roger Stone.

The other witness is John W. Elias, who has worked as a career lawyer at the Justice Department for presidents of both political parties. Elias plans to describe what he calls alleged abuse of power by the department in service of the administration’s political ends — acts serious enough to prompt the lawyer to report them to the inspector general and now, to Congress.

A Justice Department spokeswoman said Tuesday said the allegations were based on hearsay and subjective perceptions, not on solid facts or any personal contact with Attorney General William Barr.

This story will be updated with developments from the House hearing on Wednesday.