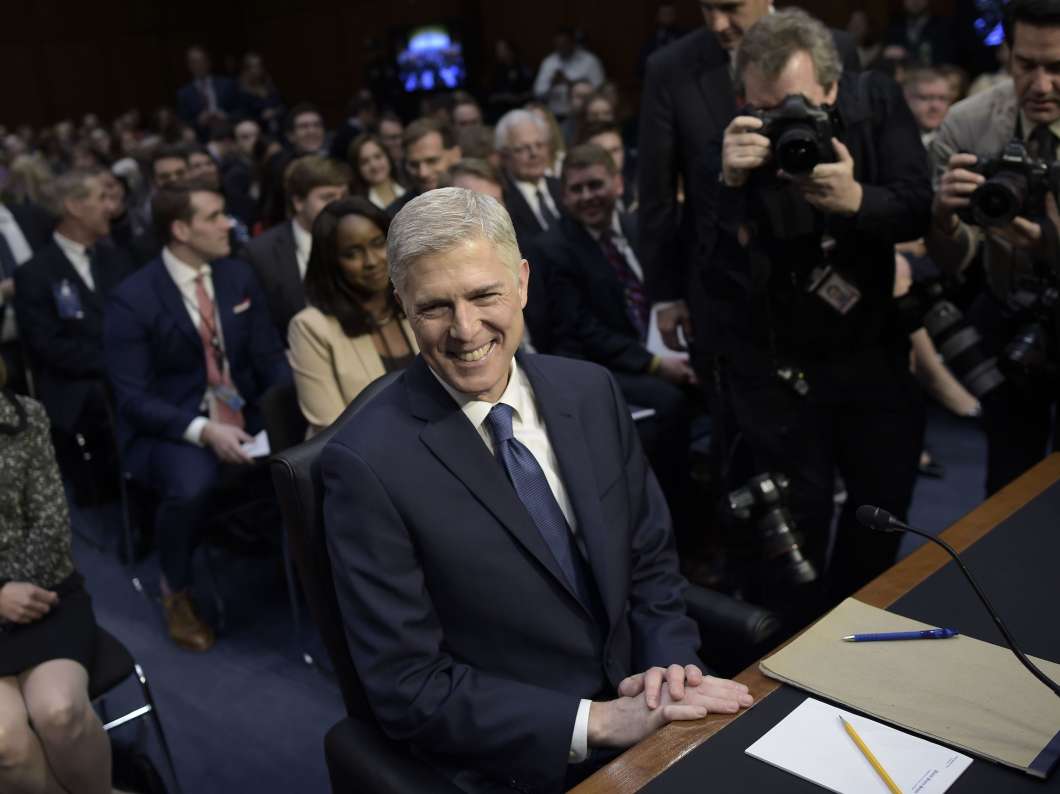 Republicans have praised the federal appeals court judge as a brilliant jurist who would continue in the conservative mold of the late Justice Antonin Scalia, whom he’s vying to succeed. His nomination also fulfilled a key campaign promise for Trump, who helped woo wary Republicans with his pledge to nominate a conservative justice.

As NPR legal affairs correspondent Nina Totenberg noted, “Supreme Court scholars and practitioners on the right and left may disagree about whether they want to see Gorsuch confirmed, but in general there is little doubt about the nominee’s conservatism. Indeed, his conservative pedigree is the reason he was picked.”

Still, Democrats are still seething that former President Barack Obama’s initial nominee for the seat, Judge Merrick Garland, was never given a vote or even a confirmation hearing during the election year.

Nevertheless, Gorsuch is expected to be confirmed barring any bombshell during his testimony. As Totenberg also noted, “Gorsuch critics have been having difficulty getting traction — having been trumped, as it were, by other controversies” in the Trump administration.

The first day is expected to include Gorsuch’s opening statement and statements from committee members. He’ll be introduced by the two senators from his home state of Colorado, Republican Sen. Cory Gardner and Democratic Sen. Michael Bennet, as well as Neal Katyal, the former acting solicitor general during the Obama administration who has been supportive of Gorsuch’s nomination.