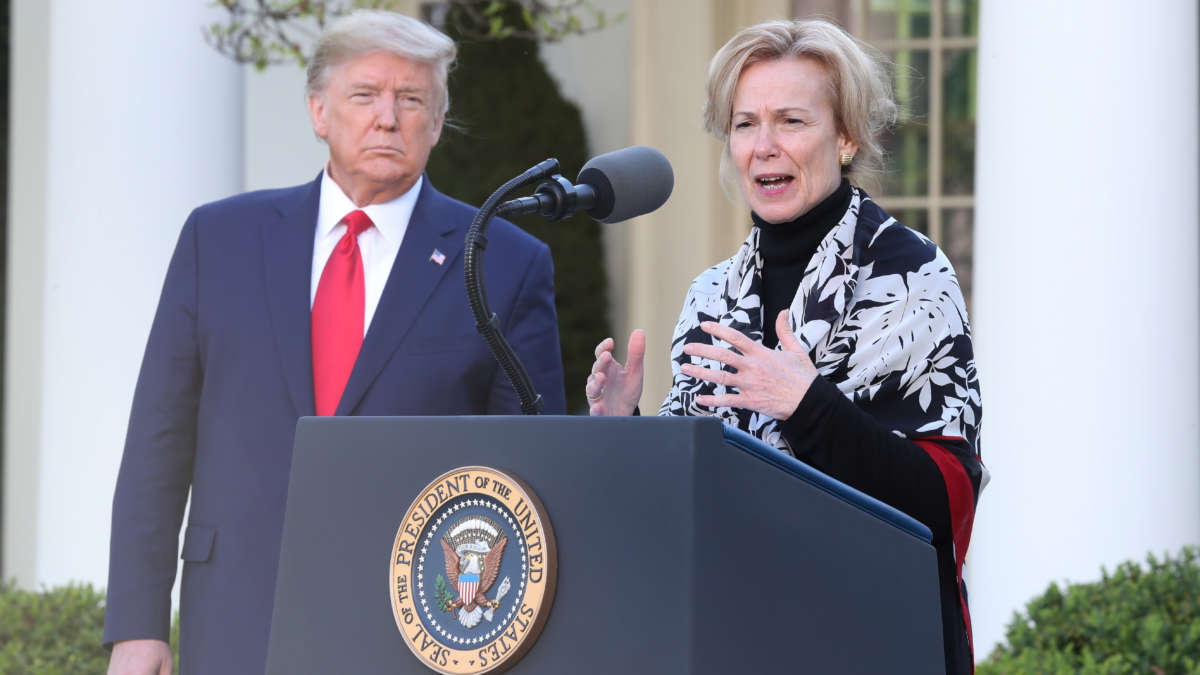 The White House’s coronavirus task force is scheduled to convene another briefing on Tuesday and detail the modeling and other data that compelled President Trump to extend virus countermeasures deeper into the spring.

The president had earlier described an imaginary scene of full church pews on Easter Sunday — but then acknowledged Sunday that federal guidelines for social distancing and other mitigation measures would need to remain in place through April 30.

Task force members are expected to use Tuesday’s briefing to detail the metrics that informed that decision. The briefing is scheduled to begin at 5:15 p.m. ET.

Trump said on Monday that two top doctors helping to steer the coronavirus response had shown him estimates that 2 million Americans could die if the nation went back to normal life too early.

And even an “almost perfect” response still could result in 200,000 deaths, warned one of Trump’s key advisers, Dr. Deborah Birx.

She and another top doctor, Dr. Anthony Fauci, along with other officials, are expected on Tuesday to walk through the basis for those grim predictions.

The United States is still climbing the curve of infections as the virus spreads into and within new regions such as the South and the Midwest.

The number of test-confirmed cases nationwide is nearing 200,000, and more than 3,400 Americans have died as of Tuesday afternoon, per Johns Hopkins University.

Officials warn that a peak in deaths may not arrive for another two weeks.

Americans in many places are under more stringent restrictions than those in the federal guidelines. Governors and mayors have ordered people to stay at home and business to close through May and into June in some cases.

Trump and Vice President Pence sustained a vision for a phase in which at least some locations relax their efforts on pandemic mitigation to bring portions of the economy back to life. Newer data, however, cooled that ardor.

Already millions of people have filed for unemployment benefits nationwide.

One question on Tuesday was whether the Centers for Disease Control and Prevention might open the door partly toward normalization with a recommendation that most Americans wear masks outdoors.

Dr. Robert Redfield, the CDC director, told NPR member station WABE in Atlanta that roughly 25% of coronavirus sufferers may be asymptomatic and continue to transmit the virus.

That could compel the CDC to recommend that when people go outside their homes, they should cover their faces in case they’re carrying the virus and don’t know it, Redfield acknowledged.

No such actual recommendation is yet in place, and Redfield told WABE that anything the CDC issues would be informed by science and data about the pandemic.