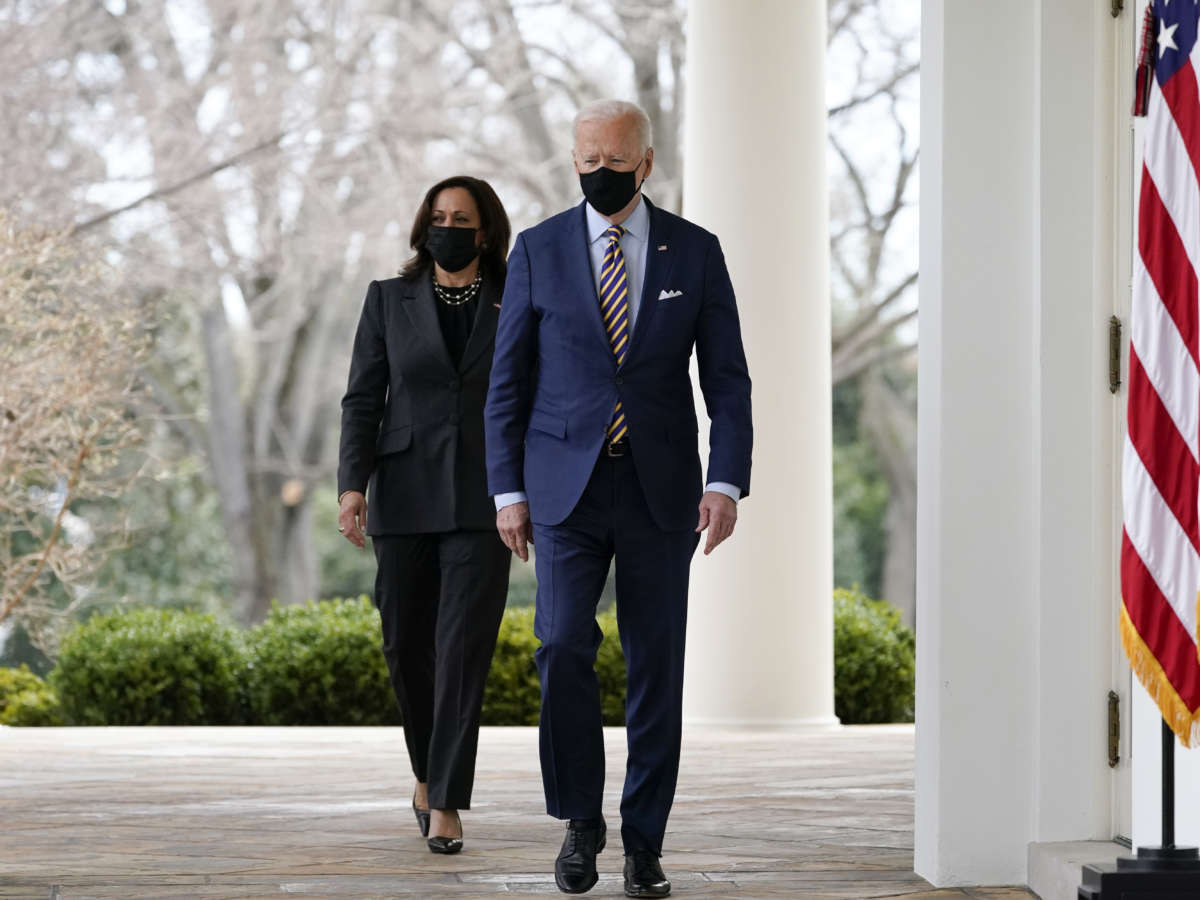 President Biden said the guilty verdict against former Minneapolis police officer Derek Chauvin “can be a moment of significant change” for the United States as it grapples with systemic racism.

Biden and Vice President Harris addressed the nation on Tuesday, after Chauvin was found guilty of murder for the death of George Floyd during an arrest last year.

“It was a murder in the full light of day, and it ripped the blinders off for the whole world to see [systemic racism],” Biden said from the White House, calling American racism “a stain on our nation’s soul.”

The jury, on its second day of deliberations, found Chauvin guilty on all three charges: second- and third-degree murder and second-degree manslaughter.

Biden said the verdict is “a step forwards,” and that such a verdict in a case of police violence is “also much too rare.”

“‘I can’t breathe.’ We can’t let those words die with him. We must not turn away, we can’t turn away,” he said.

The president watched the verdict with Harris and staff in the private dining room, according to the White House.

Afterward, he spoke with Minnesota Gov. Tim Walz, whom Biden said thanked him for his collaboration through the trial. Biden, Harris and first lady Jill Biden also spoke with Philonise Floyd, George Floyd’s brother, from the Oval Office.

In video of the phone call shared by the Floyd family’s attorney, Ben Crump, Biden is heard saying, “Nothing is gonna make it all better but at least, God, now there’s some justice.”

“We’re going to get a lot more done,” Biden pledged. He referenced the George Floyd Justice in Policing Act in Congress and added, “that and a lot more.”

Harris told the family, “This is a day of justice in America,” adding, “We really do believe that with your leadership and the president that we have in the White House that we’re going to make something good come out of this tragedy, OK?”

Floyd died last Memorial Day after Chauvin, then an officer for the Minneapolis Police Department, knelt on his neck for nine minutes and 29 seconds as Floyd lay facedown, crying for help with his hands cuffed behind his back.

Biden — who won the 2020 presidential election in part on promises to help heal the inequities plaguing racial minorities, including issues of police bias — has thus far done little to address police violence. His team has instead pointed reporters to his support of the George Floyd Justice in Policing Act, which has passed the House of Representatives but has a tougher fight in the Senate, rather than executive actions.

Harris, in her remarks following the guilty verdict, boosted the legislation as part of Floyd’s legacy. Harris vowed that the bill, which she helped author, would “hold law enforcement accountable and help build trust between law enforcement and our communities.”

Harris, who is the first woman of color to serve as vice president, acknowledged the longstanding inequalities of the criminal justice system, but said Chauvin’s guilty verdict was a step in the right direction.

“A measure of justice isn’t the same as equal justice,” she said. “This verdict brings us a step closer. And the fact is we still have work to do. We still must reform the system.”