Biden Pledges To Strike Back After Attack Kills 13 U.S. Service Members In Kabul 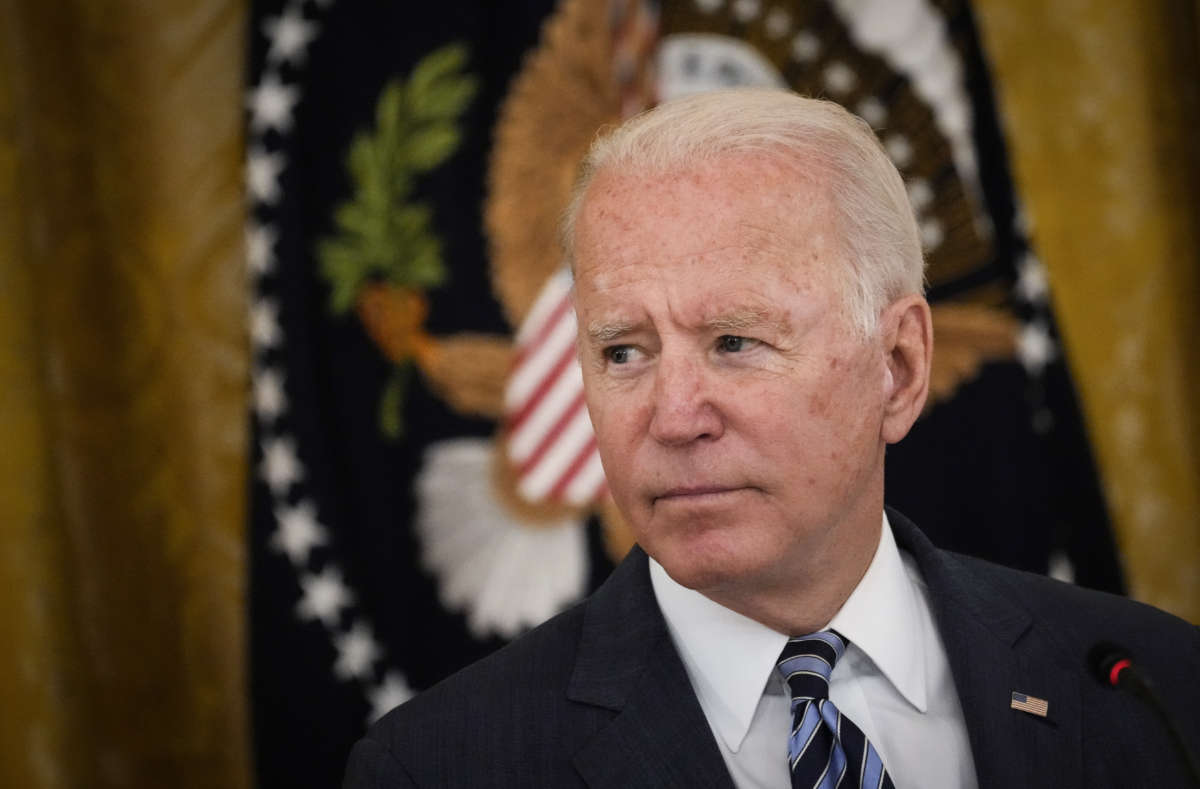 President Biden on Thursday delivered a stark message to those who carried out the deadly attack outside the airport in Kabul that left 13 U.S. service members dead while also pledging that the evacuation of Afghanistan will continue.

Biden held a moment of silence to honor the American service members who lost their lives, calling them “heroes” and “the best the country has to offer.”

Biden said the situation on the ground in Kabul was still evolving and that the U.S. will target the assets, leadership and facilities of ISIS-K, the Islamic State affiliate that has reportedly claimed responsibility for the terror attack.

“We will respond with force and precision, at our time, at the place we choose and at the moment of our choosing,” he said.

Despite the attack, the withdrawal will continue, the president said.

“We will not be deterred by terrorists. We will not let them stop our mission.”

Biden said he told the military that if the remaining effort to remove Americans and Afghans from the country requires additional U.S. forces, he will grant it.

At a Pentagon press conference Thursday, Gen. Kenneth McKenzie said the attacks were carried out by two suicide bombings, followed by gunfire.

McKenzie added the evacuation has now taken 104,000 people out of Afghanistan, including nearly 5,000 Americans. He estimates about 1,000 Americans remain.

Aug. 31 — this coming Tuesday — is the administration’s planned withdrawal deadline.

The attack marks the first U.S. deaths in Afghanistan since February 2020, before the U.S. and the Taliban signed a deal in which the Taliban agreed not to attack American troops if the U.S. withdrew its forces.

The Taliban have condemned the attack outside the airport, claiming the U.S. controlled the area of the explosion.

Joint effort with the Taliban

The Biden administration and the U.S. military have been criticized for relying on the Taliban — which had fought Western coalition troops for years — to provide security outside the Kabul airport.

He added: “There is no evidence thus far that I’ve been given by our commanders in the field that there has been collusion between the Taliban and ISIS in carrying out what happened today.”

“But here’s the deal,” he immediately added: “You know, as well as I do, that the former president made a deal with the Taliban.”

Biden was referring to a deal struck between former President Donald Trump and the Taliban under which the U.S. would withdraw from the country in May in exchange for U.S. troops not being targeted.

Biden has faced criticism from members of both major political parties for the way in which his administration withdrew U.S. forces from Afghanistan.

But Biden has repeatedly defended his administration’s actions.

In the aftermath of the deadly attack, two Republican U.S. senators — Josh Hawley of Missouri and Marsha Blackburn of Tennessee — have called on Biden to resign.

“We must reject the falsehood peddled by a feckless president that this was the only option for withdrawal,” Hawley said in a statement. “This is the product of Joe Biden’s catastrophic failure of leadership.”

“President Biden should withdraw troops in Afghanistan by May 1, as the Trump administration planned, but better late than never,” he wrote on Twitter. “It’s time for this forever war to end.”

In response to Hawley’s and Blackburn’s statements, White House press secretary Jen Psaki told reporters, “It’s not a day for politics, and we would expect that any American — whether they’re elected or not — would stand with us and our commitment to going after and fighting and killing those terrorists.”

Republican Sen. Kevin Cramer of North Dakota tweeted it’s “not the time” to “use this moment to score political points.”

Sen. Jim Inhofe, R-Okla., the ranking member of the Senate Armed Services Committee, issued a statement criticizing Biden for making the “strategic decision” that “led to the tragic events today.”

“Unfortunately,” the statement said, “given the ongoing failure in U.S. civilian leadership, we are likely to see more terrorist attacks in the future — so it’s more urgent than ever that President Biden exhaust all resources and utilize all avenues to quickly and safely evacuate those who are still on the ground until the job is done, even if it goes beyond August 31.”

“It should be clear that any Member presence presents a danger and an opportunity cost of resources, regardless of whatever value that Members consider they may add by such trips,” she said in a letter to colleagues.

This move comes after Reps. Seth Moulton, D-Mass., and Peter Meijer, R-Mich., both veterans, took a secret trip to Kabul on Tuesday.