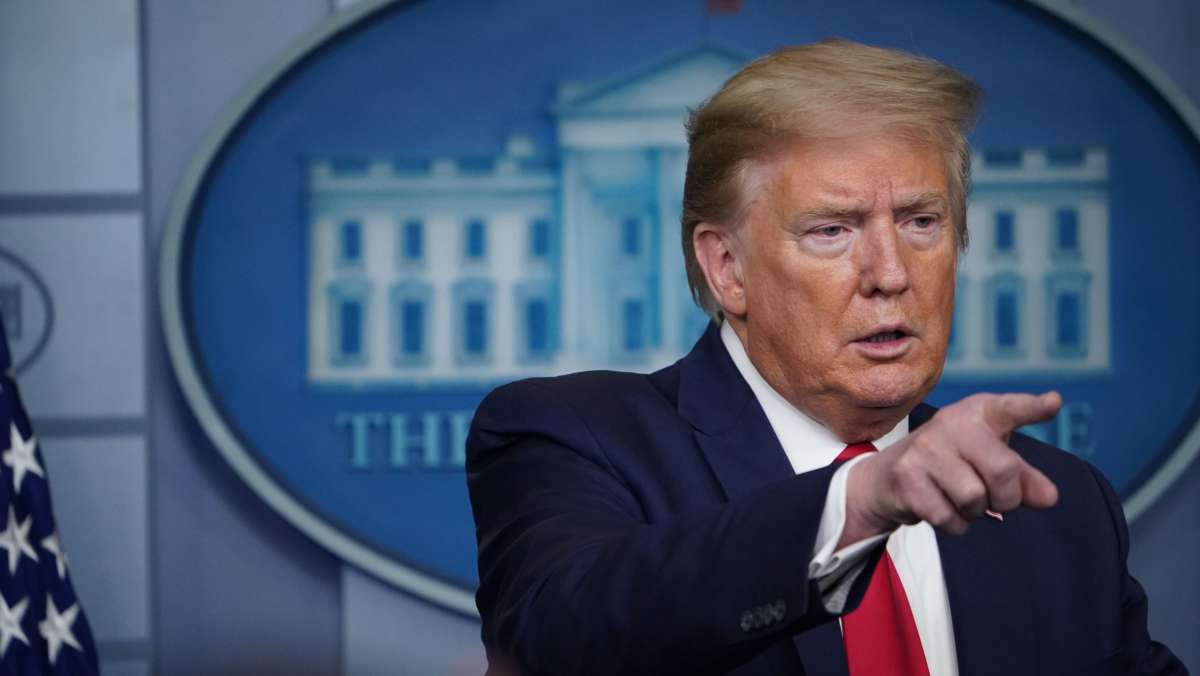 The White House’s pandemic task force scheduled a press conference for Thursday afternoon following another vertiginous unemployment report that underscored the economic implications of the disaster.

More than 4 million more people filed for unemployment, according to statistics released by the Labor Department, bringing the approximate total of Americans out of work to around 26 million.

Although the rate at which jobs are being lost is slowing, the big picture is one of historic disruption following the imposition of social distancing, isolation and other countermeasures aimed at slowing the spread of the coronavirus.

President Trump has sought to talk up the prospects that some parts of the nation could begin to get back to normal soon, citing the record unemployment as a key reason: America can’t afford to stay closed, he argues.

The briefing is scheduled for 5 p.m. ET. Watch the briefing live here.

Authorities around the country felt forced to place sections of the economy in medically induced comas in order to keep people apart to slow the explosive spread of the coronavirus.

Nearly 900,000 Americans have now been diagnosed with the disease, according to researchers at Johns Hopkins University, and nearly 50,000 have been killed in the pandemic.

President Trump and his aides have acknowledged the toll of the ordeal but they say the peak of cases nationally has passed and the U.S. can begin to look ahead to reconstruction.

But even though the federal government has released guidelines for the way it recommends states attempt to navigate their way out of the crisis, authorities around the country warn about consequential shortfalls that remain in the ability to test for COVID-19.

Testing is seen as a critical way to provide assurance to millions who’ve spent the last six weeks or so isolating that if they begin to go about their routines again, they won’t simply encounter virus-carriers and bring about a boomerang spike in infections.

Public health authorities need more tests, processing throughput and accessories in order to field enough materiel to verify which people are infection-free and which might be carrying the coronavirus without suffering any symptoms.

“We need to significantly ramp up not only the number of tests, but the capacity to perform them, so that you don’t have a situation where you have a test but it can’t be done because there isn’t a swab, or because there isn’t extraction media, or not the right vial,” said Dr. Anthony Fauci, a top physician advising the White House, in an interview on Thursday with Time Magazine.

Continued Fauci: “I am not overly confident right now at all that we have what it takes to do that. We are doing better, and I think we are going to get there, but we are not there yet.”

One of the big unanswered questions about this stage in the disaster is the practical uncertainty about how — and how long — it may take to get from the current near-lockdown environment for many Americans and into one of the next “phases” in the federal guidelines.

Some states are going quicker than others. Georgia, for example, is on the verge of permitting many now-closed businesses to reopen including gyms and tattoo parlors.

Even Trump, the booster-in-chief for a return to normalcy, said on Wednesday he thought that might be moving too fast.