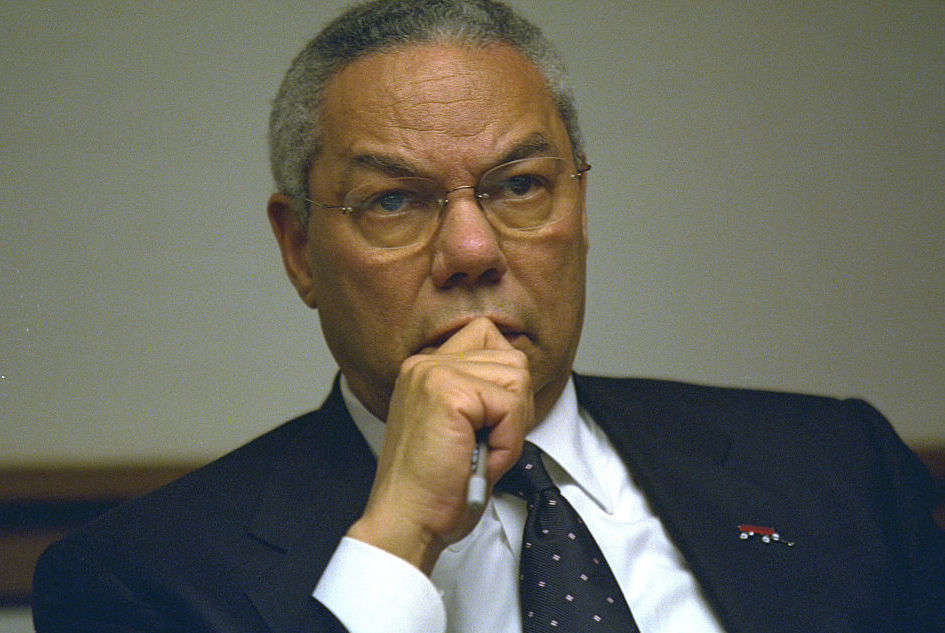 Then-Secretary of State Colin Powell is pictured after the terrorist attacks on Sept. 11, 2001, in Washington, D.C. Powell died in October and is being honored at a funeral service on Friday.
Image credit: David Bohrer

Former Secretary of State Colin Powell is being memorialized today at a funeral service at the Washington National Cathedral.

Powell, a four-star general, and the first Black person to serve as secretary of state and chairman of the joint chiefs of staff, died Oct. 18 at the age of 84 from complications of COVID-19.

While the service is not open to the public, you can watch it streamed here beginning at noon ET.

President Biden and first lady Jill Biden are attending along with other dignitaries and military officials.

Biden was joined by former Presidents Barack Obama and George W. Bush and their wives. An array of other high-ranking officials are on hand, from the current and former administrations, including Secretary of State Antony Blinken and former secretaries Hillary Clinton, Condoleezza Rice and James Baker. Former Vice President Dick Cheney is also in attendance, as is former Defense Secretary Bill Cohen.

Music will be provided by military ensembles and the Cathedral Choir.