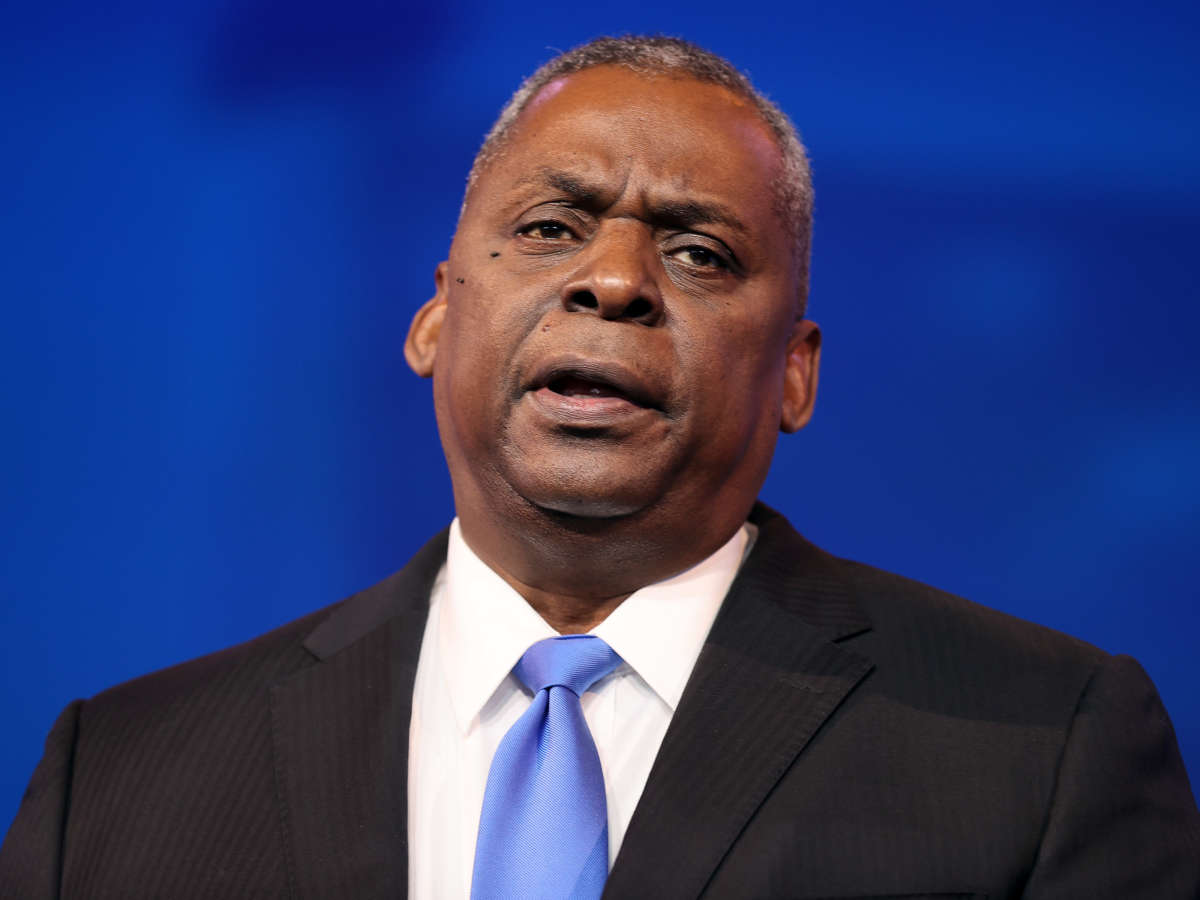 The confirmation hearing for retired Gen. Lloyd Austin, President-elect Joe Biden’s pick to head the Pentagon, is underway before the Senate Armed Services Committee. It comes a day before Biden’s inauguration.

If confirmed by the Senate, Austin, 67, will make history as the nation’s first Black secretary of defense.

Austin retired as head of U.S. Central Command, the military’s top command post which oversees U.S. military operations in Afghanistan, Iraq, Syria and Yemen. He’s the only Black general to attain this position.

It was in that post that Biden came to know Austin, during the Obama Administration, NPR’s Pentagon reporter Tom Bowman has reported.

Biden called Austin “a true patriot” in an op-ed in The Atlantic last month. He also referred to him as a trailblazer and one who challenged the Army to grow more inclusive in its ranks over his decades of military service.

Watch there hearing below.

“In his more than 40 years in the United States Army, Austin met every challenge with extraordinary skill and profound personal decency. He is a true and tested soldier and leader,” Biden wrote.

The president-elect also wrote about spending hours with Austin, both in the field and in the White House Situation Room.

“I’ve sought his advice, seen his command, and admired his calm and his character,” Biden added. “The fact is, Austin’s many strengths and his intimate knowledge of the Department of Defense and our government are uniquely matched to the challenges and crises we face. He is the person we need in this moment.”

With Democrats poised to take control of the U.S. Senate, Austin’s eventual confirmation appears likely, but will not be immediate.

In order for Austin to lead the Pentagon, both the House and Senate must approve a waiver because he has not been out of uniform for the seven years required by the National Security Act of 1947.

During a Senate Armed Services Committee hearing last week, Rhode Island Sen. Jack Reed, the committee’s top Democrat, spoke of his reservations about approving the waiver for Mattis and having to do so again for Austin.

“Four years ago, I raised concerns that providing an exception to Gen. Jim Mattis to secretary of defense could set a precedent for future waivers,” Reed said.

“Indeed, I tried to dissuade future requests for waivers by declaring my general opposition to them, even as I supported President Trump’s request.”

Reed, who also served in the Army, added that “the state of civil-military relations has eroded significantly” during the Trump administration. He pointed to last summer’s national protests against police brutality and Trump’s threat to use military force against civilians under the Insurrection Act.

The deadly breach at the U.S. Capitol earlier this month will likely be another subject senators will question Austin on. Since a mob threated the certification of Biden’s electoral victory during the Jan. 6 attack on the Capitol complex, many have raised questions about extremism within the ranks of active duty military and members of the National Guard.

Prior to Austin’s confirmation hearing, two National Guard members were removed from the mission to secure Biden’s inauguration after vetting, according to Reuters.

Also on Tuesday, Sen. Majority Leader Mitch McConnell explicitly blamed Trump for the riot that left five people, including a Capitol Police officer, dead, saying the president “fed lies to the mob” before they stormed the Capitol.

Another item senators will likely question Austin on will be his post-military service, including his position as a board member with defense contractor Raytheon Technologies.

Should he be confirmed, Austin is expected to divest from the military contractor, as well as the investment firm Pine Island Partners, according to The Hill.