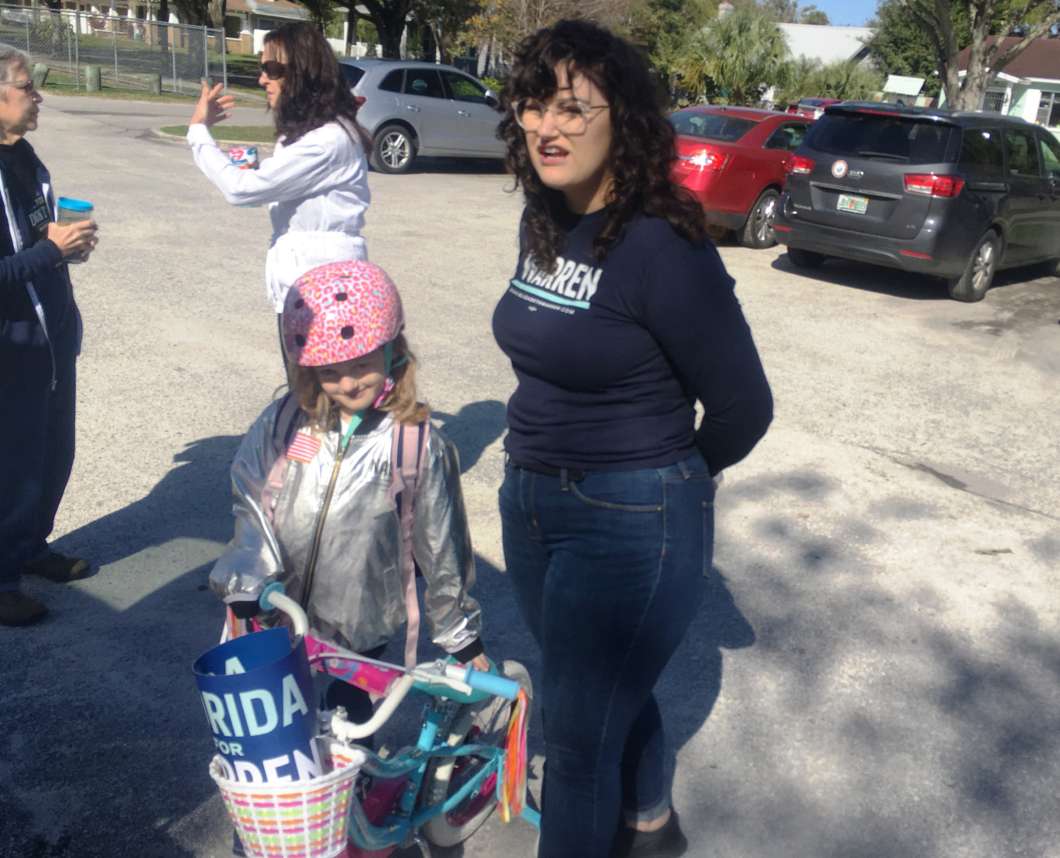 Most candidates for president are focusing on today’s Iowa caucuses, so Florida has been relegated to the background. One of the few Democrats with a robust ground game in the state is Elizabeth Warren. Her campaign opened an office in Orlando this weekend, and they also kicked off their canvassing campaign in Tampa Sunday.

A handful of volunteers wearing Warren for President T-shirts were nearly lost in the crowd of basketball and baseball players at Henry and Ola Park in Tampa’s Seminole Heights.

“The issue is kids,” Miller said. “They don’t get to speak for themselves. They are the most vulnerable among us. So if there is a candidate I feel does the most for the most children, I have the privilege that I can walk around and take the time to knock on people’s doors and let them know, if this matters to you, let me tell you about it.”

Miller says she’s never taken an active part in a political campaign before, but liked Warren’s child care proposals so much, she decided to start knocking on a lot of doors.