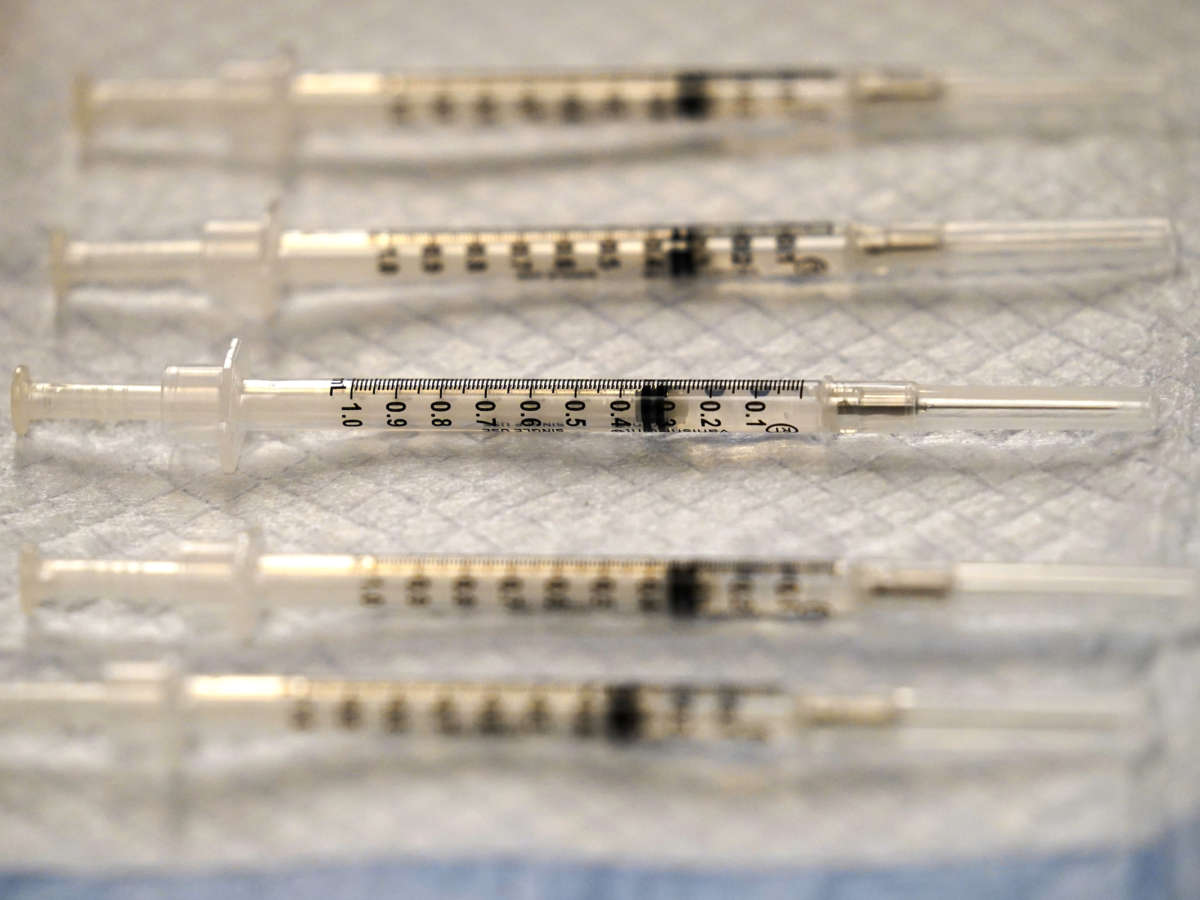 With a second COVID-19 vaccine now authorized for emergency use, the top military official with Operation Warp Speed says a combined 7.9 million doses of vaccine are ready to be distributed next week.

U.S. Army General Gustave Perna, the chief operating officer of the federal vaccine effort, briefed reporters on Saturday, less than a day after the Food and Drug Administration authorized the vaccine developed by the biotech company Moderna. Perna said efforts to distribute the Moderna vaccine were already underway, with the first doses scheduled to arrive at sites across the U.S. on Monday.

Perna said the Moderna vaccine will be delivered alongside the Pfizer vaccine — which was authorized on Dec. 11 — and continue throughout the week.

“Just as we did last week with Pfizer, we are prepared,” Perna said, noting that Moderna had already moved its vaccine to distribution centers and that shipments would begin rolling out as early as Sunday.

“Jurisdictions have already ordered the vaccine and we know it is going to
3,700-plus locations with more requests coming in every day based on
allocations,” Perna said.

Pfizer said it had sent 2.9 million doses of its vaccine throughout the country last week. In total, Perna said, Operation Warp Speed is on track to ship 20 million doses of COVID-19 vaccine by year’s end.

Perna also responded to complaints from several states that their allocations of the Pfizer vaccine for next week were being cut — in some cases by as much as 40% or more. The general issued an apology and said there had been a miscommunication. When it came to make a final tally of what could be sent to states, he said, fewer doses were releasable than originally thought.

“When we had to decide what was going to eventually be shipped out, I had to
lower the allocations to meet the releasable doses that were presented to me,” Perna said.

The general said he hoped the process for distributing COVID vaccines would become more predictable as shipments continued.