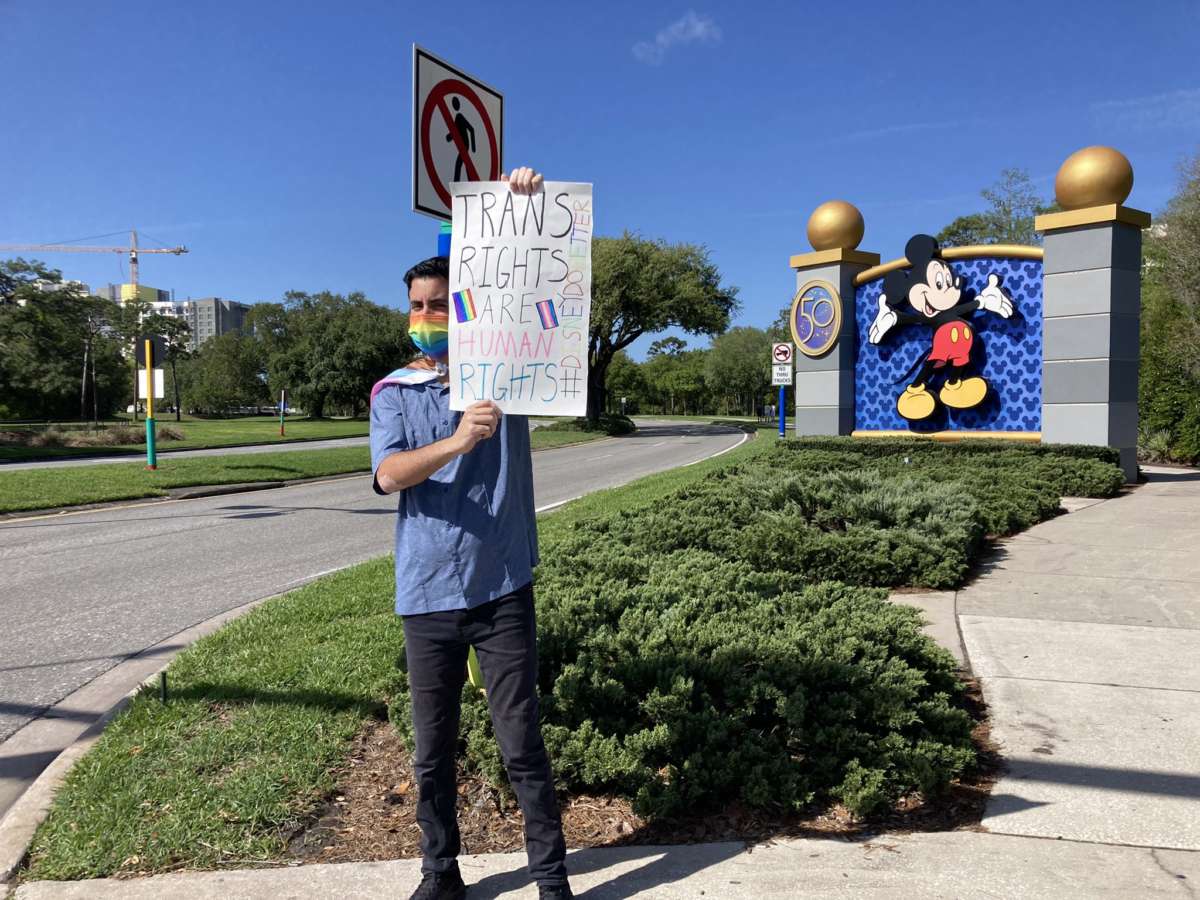 Protesters gathered outside Disney World Tuesday to oppose the so-called “Don’t Say Gay” bill. The bill would limit some conversations around sexuality and gender identity in Florida classrooms.

The demonstration was part of a companywide walkout by employees who want Disney to stop supporting the Republican lawmakers behind the bill.

Protesters like Nicholas Maleonau, who stood outside Walt Disney World wrapped in a rainbow flag and holding a sign that read “trans rights are human rights,” work at the theme parks.

He says he knows he could lose his job for participating in the walkout, but it’s worth it if it means standing up for people in the LGBTQ community, which he is a part of, and against this bill.

“I am proud to be out here. And I’m proud to be part of the community that is represented here in Disney World. Because I mean I’ve never met so many wonderful people that love the Disney brand so much.”

At a press conference, Gov. Ron DeSantis says he has a message for protesters:

“But understand if you are out protesting this bill, you are by definition putting yourself in favor of injecting sexual instruction to 5, 6 and 7 year old kids. I think most people think that’s wrong. I think parents especially think that’s wrong.”

He says he’ll sign the bill into law relatively soon.