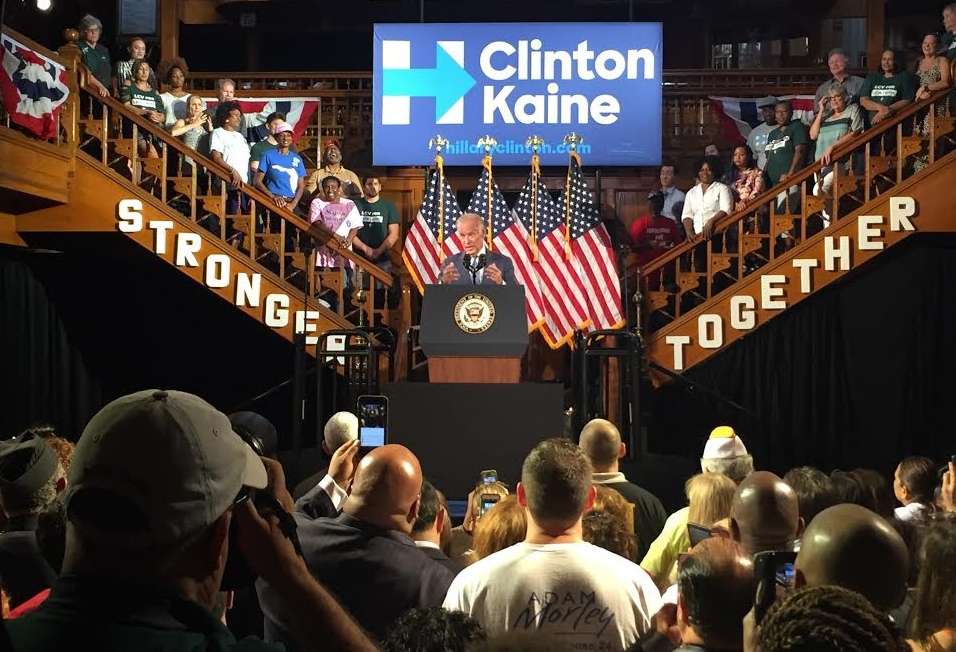 “Bust your neck, folks, to get your friends to register and vote,” Vice President Joe Biden said to a crowd of Democrats Monday afternoon at Cheyenne Saloon & Opera House in downtown Orlando.

With one week before the deadline for Floridians to register to vote in the November presidential election, Biden urged residents to consider the consequences of inaction on the nation’s social and economic progress.

He criticized Republican presidential candidate Donald Trump for behavior on social media he called unbecoming of a leader. He then slammed the Republican Party for embracing decades of policies to disproportionately benefit the wealthy.

“I’ve met every major world leader. I’ve known them before I had this job. And I swear to God, they are very, very, very worried. ‘What’s happened to the United States?’ is my constant question I get asked,” Biden added.

He said unfit leadership and unfair policies have endangered social and economic progress in the United States for the past decade.

The retiree, originally from Trinidad & Tobago, been knocking on doors and registering voters across central Florida for the Democratic Party.

He said minorities and immigrants could have a lot to lose this election season.

Many in attendance were supporters who have been campaigning for Florida’s Democratic party for months and others were expatriates who came from overseas to rally voters in key battleground states.