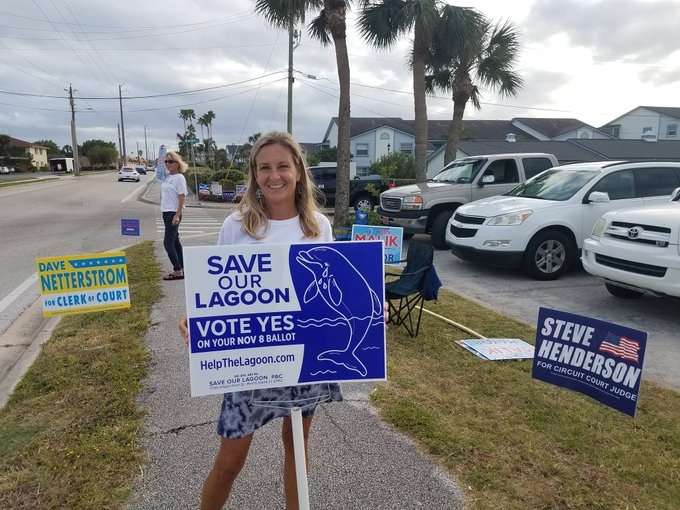 It’s been a relatively smooth day so far at polling places across central Florida. Brevard County reported power outages for about 50 minutes at two locations in Cocoa. And there are reports out of Miami-Dade and Broward counties of yelling and arguing at the polls.

There’s a steady flow of voters dropping into polling places across Orange County this afternoon to cast their Election Day ballots. More than 95,000 Orange County voters have been to the polls. That brings overall voter participation here so far to more than 65%. Lines are relatively short. Officials say it’s because of a successful early voting period. And iPads that simplifies voter check in from the moment they walk through the door of the polling place.

It was quiet at St. Steven Church in east Orlando where Jacqueline Parks voted this afternoon.
“I actually was expecting to have much more people at this location. It seems like a lot of people did early voting,” she said, “so this year it wasn’t too much of a line. Walk in, get your vote in, go right out.”
At Centro Internacional De la Familia, a church in northeast Orlando, poll workers say the longest wait was when their doors opened this morning. That was a 10-20 minute wait. They say there’s been no voter intimidation either. Just people in the parking lot expressing relief to have voted.

Voting Moving Along This Afternoon In Seminole County

“Loved it. It was really simple and I really enjoyed it. I really did. It was a new experience for me.”

The biggest voter story of this Election Day may turn out to be the larger-than-expected Latino turnout, especially here in Florida and especially among Puerto Ricans.

Many pundits, in fact, now suggest that if Hillary Clinton wins Florida, the Puerto Rican vote will be largely responsible for putting her over the top.

At Casa Borinquen, a popular Puerto Rican diner in Pembroke Pines, chef Jerry Ayala had just finished voting in time to cook for the lunch crowd Tuesday. As customers enjoyed his alcapurria fritters and arroz con gandules, Ayala said he was surprised to see so many Puerto Ricans voting.

“You know, we put the news here, so they’re always, like, commenting on Hillary and commenting on Trump and everything like that,” he said. “Everybody knows how Trump is pretty much dividing races and how he singled out, you know, the Hispanic community.”

The Puerto Rican vote is among the reasons why incumbent Florida Senator Marco Rubio is in a tighter than expected race for re-election. Puerto Ricans are largely displeased with Rubio’s handling of the economic emergency back in Puerto Rico.