Voters In Florida And Alaska Receive Emails Warning ‘Vote For Trump Or Else!’ 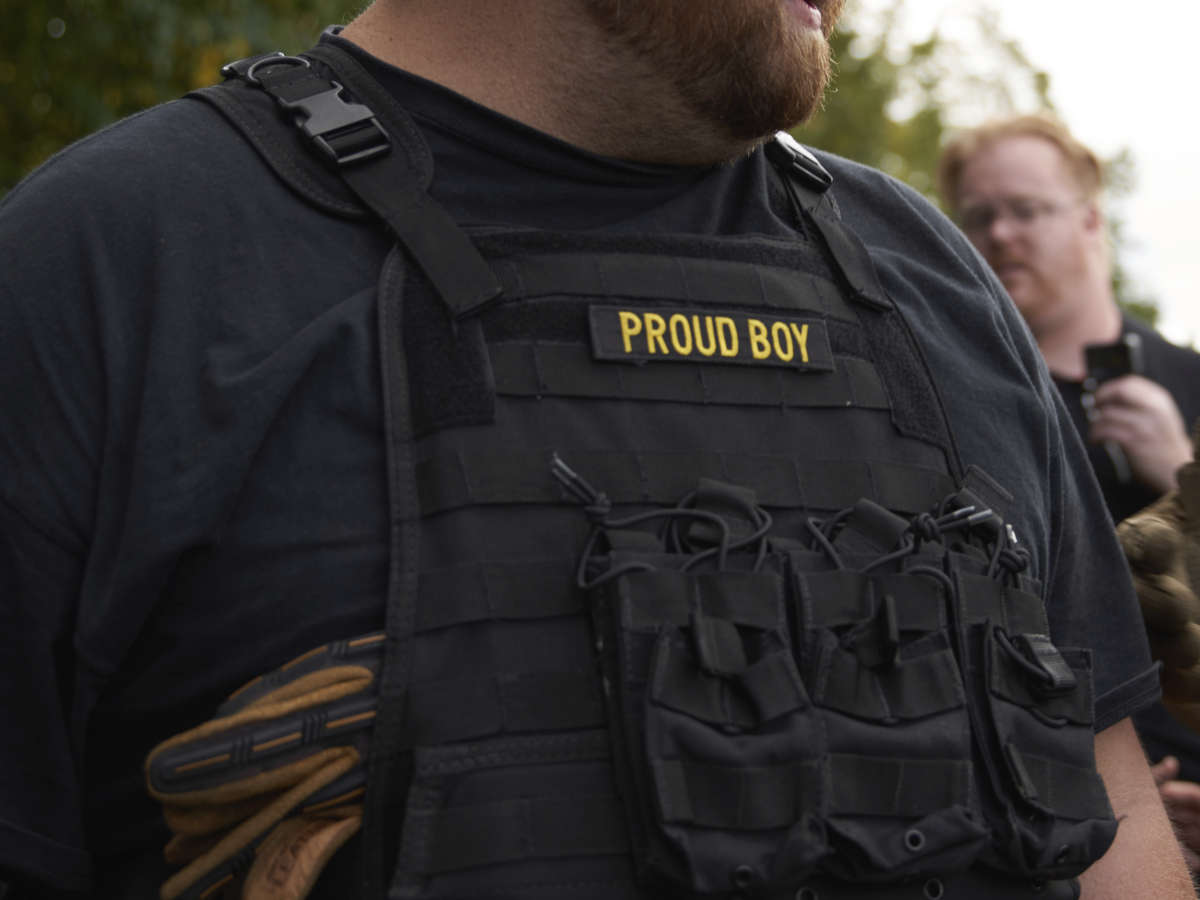 A man wears a protective vest with the word Proud Boy at a Portland rally on Sept. 26, 2020. Voters in multiple states received threatening emails purportedly sent by the group, but their true origin remains unknown. The group has denied responsibility.
Image credit: Allison Dinner

Voters in Alaska and Florida reported receiving emails on Tuesday that threatened “vote for Trump or else!” — messages that have prompted investigations in both states.

“You are currently registered as a Democrat and we know this because we have gained access into the entire voting infrastructure,” read one of the emails obtained by Alaska Public Media. “You will vote for Trump on Election Day or we will come after you. Change your party affiliation to Republican to let us know you received our message and will comply.”

The sender claimed to have the voter’s email, phone number and home address. Some of the emails were purportedly sent by the Proud Boys, a far-right extremist group with ties to white nationalism that has clashed with law enforcement during recent protests. But cybersecurity experts say the origin of the messages is unclear, suggesting some of the emails appear to have originated from an Estonian server. The Proud Boys chairman has denied the group was involved.

Christopher Krebs, director of the Cybersecurity and Infrastructure Security Agency, which is part of the Department of Homeland Security, wrote on Twitter that the agency was “aware of threatening emails with misleading info about the secrecy of your vote.”

“These emails are meant to intimidate and undermine American voters’ confidence in our elections,” he wrote.

CISA has also posted a fact sheet, reminding voters that in all states, ballot secrecy is guaranteed by law.

Party affiliation and history of voting are not usually confidential, however. Political parties and other groups can often access a voter’s party affiliation and which elections they voted in, as well as information from voter registration records like phone numbers and home addresses.

The sheriff’s office in Alachua County, Florida wrote in a Facebook post on Tuesday that it is are aware of the emails being circulated and is investigating.

“The email appears to be a scam and we will be initiating an investigation into the source of the email along with assistance from our partners on the federal level,” the office wrote.

TJ Pyche, a spokesman for the Alachua County Supervisor of Elections, told NPR that election officials are in contact with the FBI. Pyche said hundreds, if not thousands, of voters in the county received the emails and that voters in other Florida counties also received them.

“We are always worried when things happen that might affect our voters’ attitudes toward voting,” Pyche said in an email. “This is an obvious case of that. We want to assure folks that their votes are always kept secret and we are taking this situation very seriously.”

A spokesperson for the Alaska Democratic Party told The Washington Post that the FBI is “now involved in the investigation.” The bureau has not commented.

There have also been reports of similar emails being sent to voters in Arizona and Pennsylvania, but local officials in those states have not made any statements announcing investigations.

Nina Jankowicz, an expert on disinformation at the Wilson Center, said the reports are concerning.

“It fits into a pattern of voter intimidation we’ve been seeing coming from both foreign and domestic actors who have been pushing narratives about voter safety at the polls, both related to COVID-19 as well as potential violent incidents,” she told NPR.

The Election Integrity Partnership, a coalition of researchers who focus on election interference, emphasized there is no evidence the threats are legitimate and that the goal of attempts like these is to scare voters away from casting their ballots.

“What makes an active measures campaign successful and dangerous, is when the response from the media and members of the public amplify the message, resulting in unfounded fear that disenfranchises voters,” the group wrote.