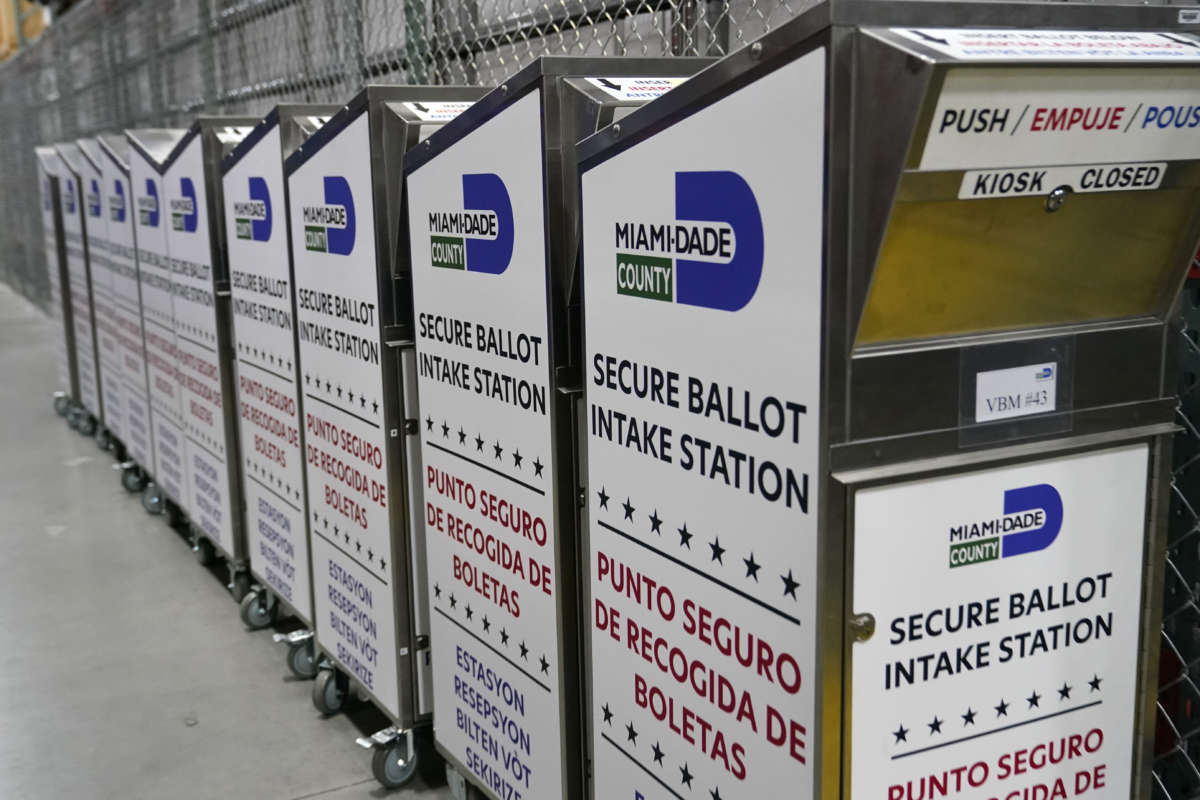 Ballot boxes are lined up as employees test voting equipment at the Miami-Dade County Elections Department, Wednesday, Oct. 19, 2022, in Miami, in advance of the 2022 midterm elections on Nov. 8. (AP Photo/Lynne Sladky)

Floridians have until Saturday to request a vote-by-mail ballot.

Some 1.5 million Floridians voted by mail in the midterm elections, despite 2.6 million people requesting a vote-by-mail ballot.

Those ballots are due no later than 7 pm on election day to the office of the supervisor of elections. The last day residents can request a vote-by-mail ballot is October 29th.

Democrats are leading Republicans when it comes to voting by mail in the state, which UCF professor Aubrey Jewett says is a relatively new phenomenon dating back to 2020 when then-President Trump questioned the security of the voting method.

“Bottom line, is it’s very convenient, and a lot of voters are continuing to use it, although Republicans aren’t using it at quite the level that they had been in, in the past, in the pre-Trump era, but it’s still very popular, mainly because it’s just so convenient.”

Republicans are leading Democrats when it comes to early voting.

“Some polls that I have seen, have suggested that a number of Republicans said that they still prefer to vote in person, and either early in person at one of the early voting sites or actually still on election day.”

Vote-by-mail ballots can be returned by mail or dropped in a number of secure voting sites throughout the state. For a list of sites, visit dos.myflorida.com.