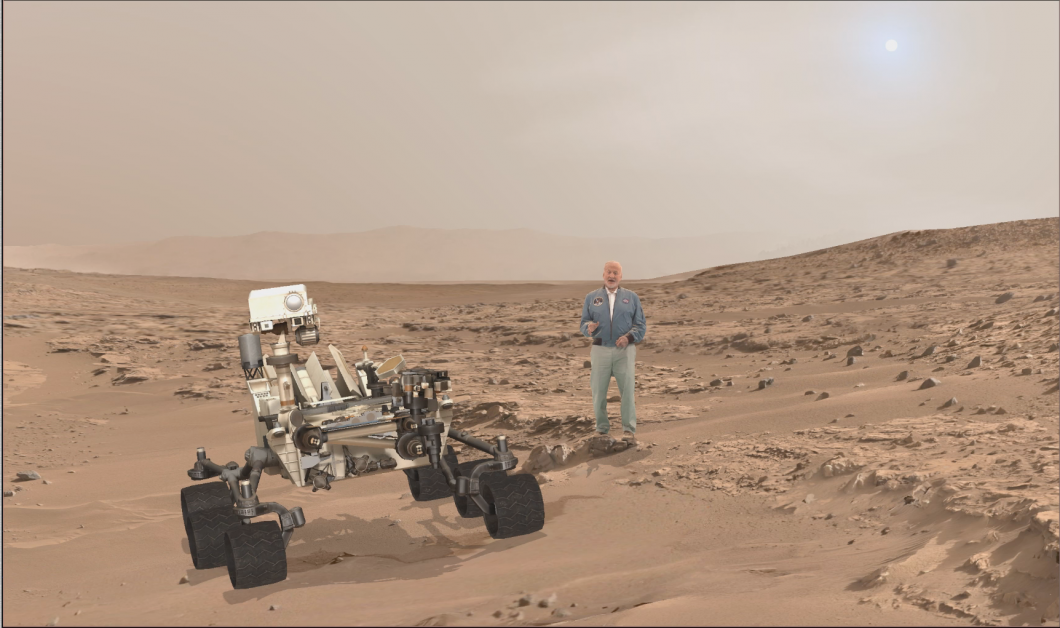 The real Buzz Aldrin says the experience is a bit different from when he walked on the moon.

“It’s different,” says Aldrin. “It has color! As you would expect, the red planet has color.”

The exhibit is based on real technology used by NASA scientists to decide on where to send the Curiosity rover.