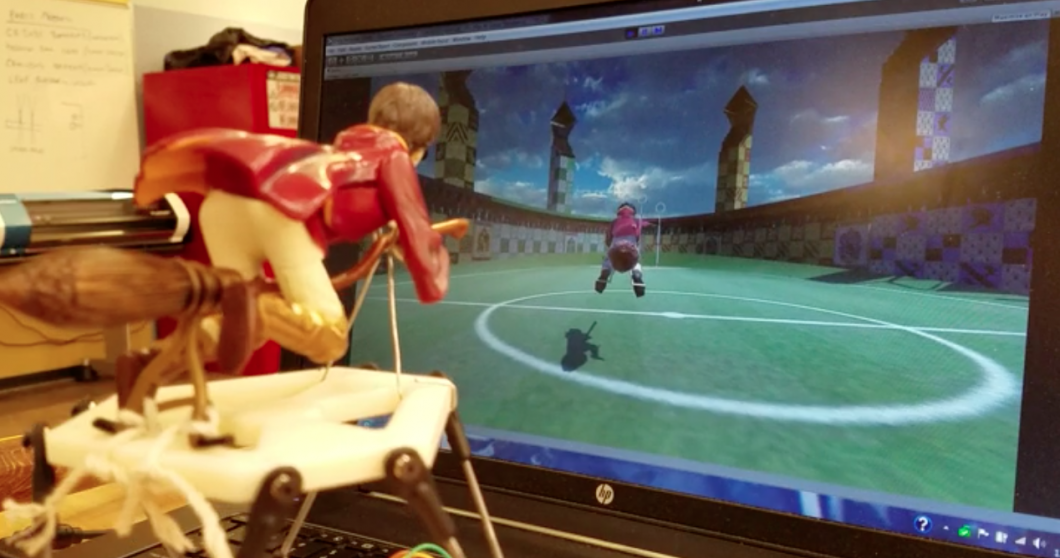 Full Sail student Carolyn Smith is a huge Harry Potter fan so it’s no surprise she turned to the book’s fictitious sport Quidditch as inspiration for her final project.

Smith designed a video game that puts users into Harry’s world of Quidditch, like a football game played on flying broomsticks, by coding a digital world on a computer and designing a real Nimbus, or broomstick to control the character on the screen.

Pat Starace is Full Sail’s course director, and help Smith build the hardware for the game. He says this sort of augmented reality has real work application outside of video games “to military simulation, biomedical simulation, sports and entertainment which includes theme parks and movies, and education and business. So it has many different areas to where it is pertinent.”

Starace says at the end of the 20 month course his students design all sorts of augmented reality hardware and video games including a human-like robot and the  Millennium Falcon from the Star Wars movies.