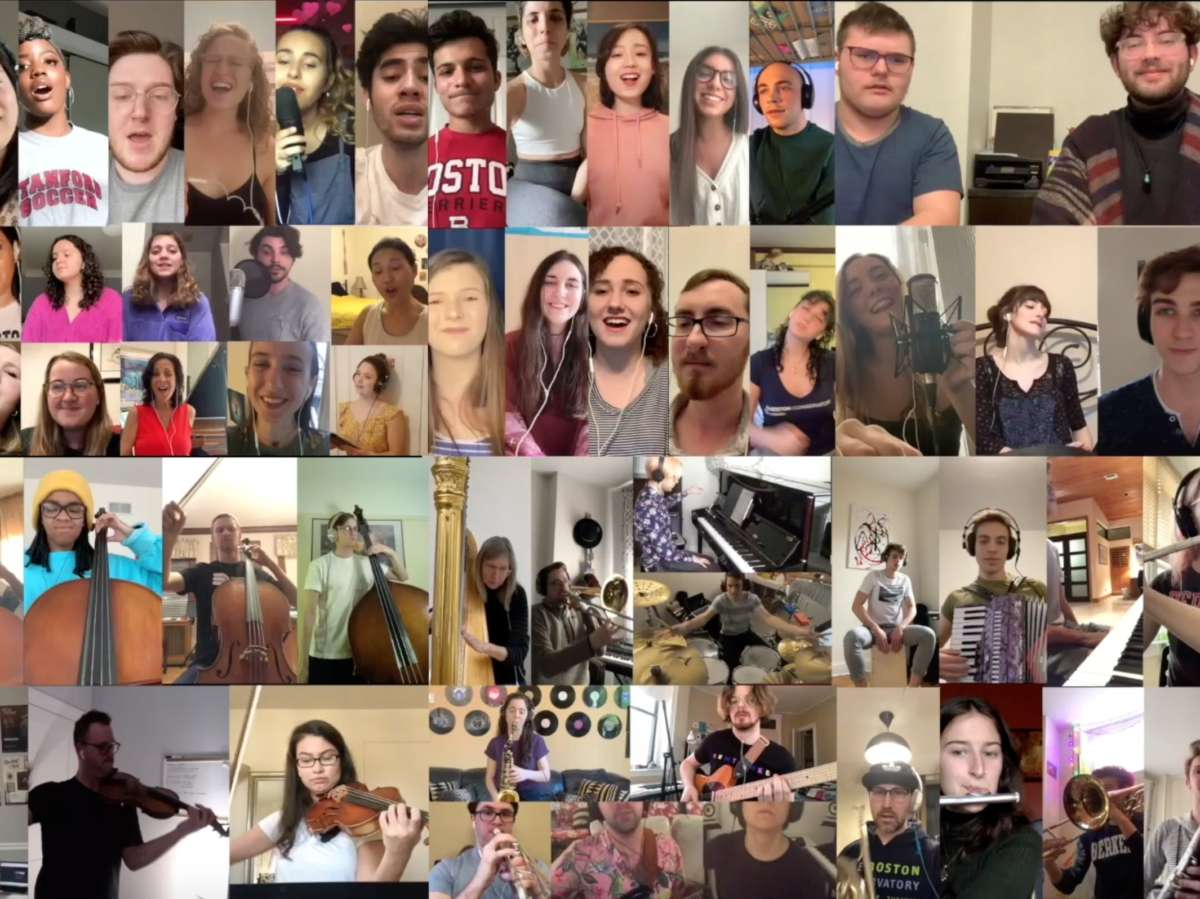 If there’s a sliver of a silver lining in these uncertain times, it’s music, from free, virtual concerts to suggested playlists. One of the most inspiring efforts we’ve seen this week comes from a virtual performance of Burt Bacharach/Hal David’s “What The World Needs Now” by students from Berklee College of Music.

The student-made performance and video was the brainchild of Shelbie Rassler, a senior composition major at Boston Conservatory at Berklee. Just a few days after Berklee reverted to online classes only, Rassler found herself at home in south Florida, eager to bring her community together.

She’d heard “What The World Needs Now” when she was a child but says she felt its power to inspire in 2016 when she watched Broadway For Orlando, a filmed recording of the song by such major artists as Sara Bareilles, Idina Menzel, and Audra McDonald, honoring the victims of the shooting massacre at the Pulse Nightclub.

Rassler had also written a vocal arrangement of the song for a cabaret event at Berklee. Now seemed like a good time to see if she could rally an entire orchestra to record the song. She shared the idea on her Facebook page, explaining to her friends how it would work:

“…. your job is to just take a video of yourself singing (literally pick any part/the whole song/just 10 seconds/riff to the gods/up to you!!), playing your instrument along to the track, choreograph a dance to the music, anything your heart desires, and I’ll cut everything up create an arrangement from what y’all send me, and share it with you all because WHAT THE WORLD NEEDS NOW IS LOVE SWEET LOVE Y’ALL LETS MAKE IT HAPPEN.”

Almost immediately, she heard from dozens of musicians eager to participate, including a few surprises. Rassler says the first person to respond was her friend Eli Schildkraut, whom she’d always known as a pianist. “He said, ‘Sounds great. I’ll play accordion.’ And it was just so shocking to me. And that was awesome.” Another friend, percussionist Fausto Cape, didn’t have access to the instruments he normally plays at home. “So he sent me a few videos of him playing some pots and pans and just creative things he found around the house.” Cape is the one playing the shaker, which he made by putting rice in a salt shaker.

Rassler says the feedback to the video has exceeded her expectations.

“My favorite part about all of this, though, is the people asking how it’s done because they want to do something like this,” says Rassler. “While we’re in quarantine or whatever everyone is dealing with during these kind of scary and uncertain times, it’s the fact that we can still do the things that we love from our home and we can still collaborate and reach out to our friends and be in touch with our friends and create art together.”

The video has even reached Burt Bacharach, who told us via email that he felt “very proud and honored to see and hear my song performed by these extremely talented students from the Berklee School of Music. It’s great seeing them find ways to be creative and stay connected to each other while maintaining social distance.”