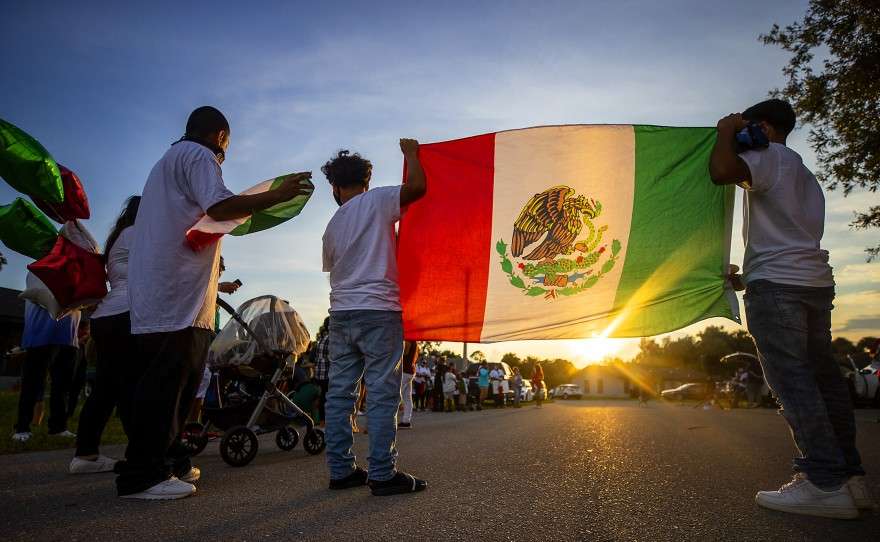 About 100 people gathered at Farmworkers Village in Immokalee on Friday, just a few feet away from where 37-year-old Nicholas Morales-Bessannia was fatally shot by a Collier County Sheriff’s deputy Sept. 17

As the sun set, Jesus Andrade spoke to the crowd. Andrade’s mother dated Morales-Bessania until she passed five years ago.

For 14 years, Miguel Estrada has worked with the Presbyterian Mission in Immokalee. He said the Morales-Bessannia shooting was the first time he heard of a police-related death in the neighborhood.

“[It’s] not the first time that something happens that is really bad regarding members of this community with relations with the police,” Estrada said.

Estrada said the killing of Morales-Bessennia has made the strained relationship between the Farmworkers Village community and the Collier County Sheriff’s Office, worse.

“The problem is that it sounds like the details on their report, the official report that they submitted, doesn’t match with what some of the witnesses around this community are telling about it,” Estrada said. “And even if [the CCSO report] is the case, when you hear the call, the 911 recording, things happen just too soon. If I remember well, it’s 23 seconds after [CCSO deputies] arrived, you hear the shooting.”

Nova Friedman of Immokalee said she came to the vigil to support Morales-Bessennia’s family. She held a sign that reads “Nicholas presente” or “Nicholas, Present.”

“I know the man that was murdered, Nicholas, he has a son, he was a single father and it’s just such an upsetting situation that should not be happening,” Friedman said. “And as a community, we’re coming together to hopefully raise awareness to the fact that this happened, that there’s an injustice, and to just get all the facts and hold the police accountable and really just support the family through this.”

In a statement, CCSO said it is conducting a criminal investigation into the shooting and the deputy who shot Morales-Bessennia has been placed on administrative leave.