Vice President Pence Wants American Astronauts On The Moon By 2024 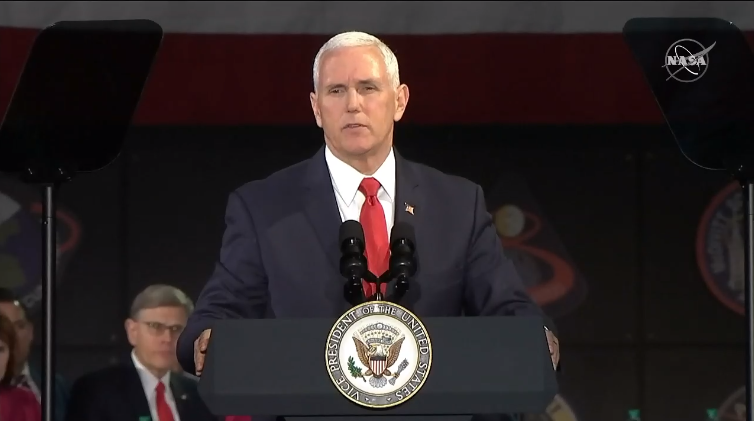 Vice President Mike Pence wants American astronauts to return to the moon in five years. He challenged NASA to meet that goal Tuesday at a National Space Council meeting in Huntsville, Alabama.

“It is the stated policy of this administration and the United States of America to return humans to the moon the next five years,” said Pence.

NASA’s current plan to return humans to the moon uses the SLS rocket, which is primarily being built by contractor Boeing. The program has faced significant delays and ballooning costs, but Pence said the administration isn’t committed to one contractor.

“You have given us a charge today and it is right on time,” said NASA administer Jim Bridenstine. “Our agency is going to do everything in its power to meet that vision, to meet that deadline, and you have my full commitment to achieving that.”

Bridenstine said he is confident SLS will fly a scheduled uncrewed mission by 2020.

The National Space Council, which helps steer U.S. space policy, was reactivated under President Trump and is chaired by Vice President Mike Pence.