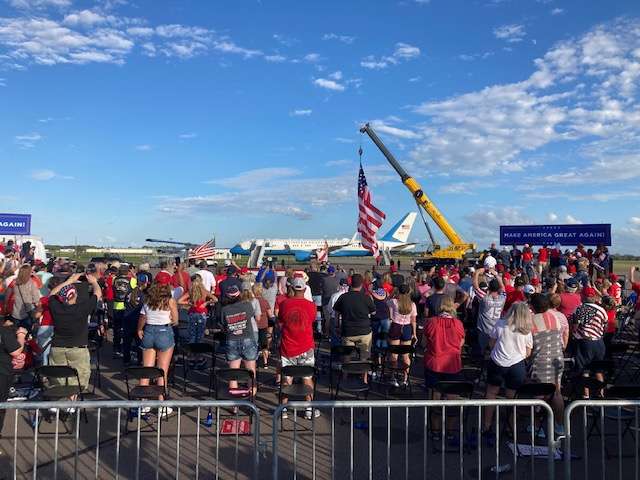 About a thousand Trump supporters were at Lakeland Linder International Airport on Saturday to hear Vice President Mike Pence speak.

Pence said the Democrats would pack the court with liberal judges if Trump wasn’t re-elected. He said President Trump fulfilled his duty under the Constitution when he nominated Judge Amy Coney Barrett to the Supreme Court of the United States.

He said Democrats had expressed their concern over her Catholic faith and conservative views, referencing an exchange from a 2017 hearing when Coney Barrett was an appellate court nominee.

Pence said it was crucial that Florida get out and vote early just as President Donald Trump had in Palm Beach if they wanted to make sure the next Supreme Court justice was a conservative.

Pence voted early in his hometown of Indianapolis, Indiana.

His visit came a day after President Donald Trump held a rally in The Villages. President Barack Obama campaigned for his former Vice President Joe Biden in Miami on Saturday.